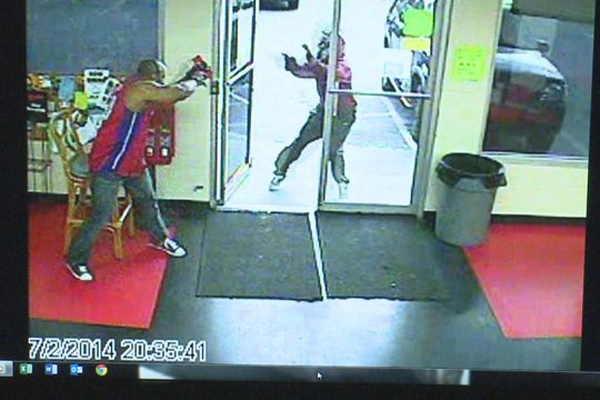 According to 11Alive, Joseph Watkins was stationed near the entrance of the convenience store at 8:30 p.m. when he looked through the plate-glass windows and noticed a man approaching wearing a hoodie and a “Scream” mask.

Watkins looked down and saw a gun in the man’s right hand. The suspect raised his gun as he was opening the door to the store.

Watkins immediately drew his gun, which seemed to surprise the suspect.

“I think it shocked him when he opened the door and saw me,” Watkins said.

The man shot at Watkins once and ran away.

“I know the shot went off, and it went in my direction, but luckily the door was closing, and it hit the door…. I just think I was blessed,” Watkins said.

As 11Alive reports, the owner of the store hired Watkins after a string of robberies. Luckily, this one was foiled.

“The only thing that saved this guy, literally, was my gun was on safe”, Watkins said. “God was watching out for both of us, because if my safety was off, this would be an entirely different interview.”

Watkins said he was prepared to shoot and kill the man in order to protect himself, the store and its patrons.

“But it would have been self-defense…. He came in there with the intent to get what was in that register, and possibly do whatever he had to do to get out. So it could have ended a lot worse than it did. I’m just thankful it played out the way that it did,” Watkins said. 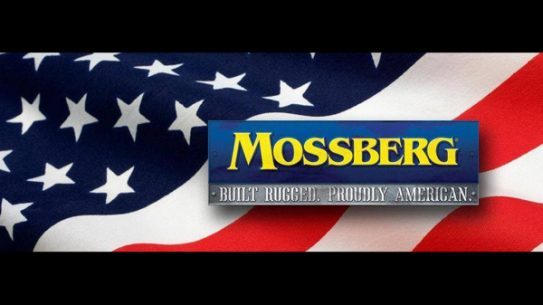 Mossberg has announced a 116,000 square-foot addition to their Maverick Arms, Inc. manufacturing plant...