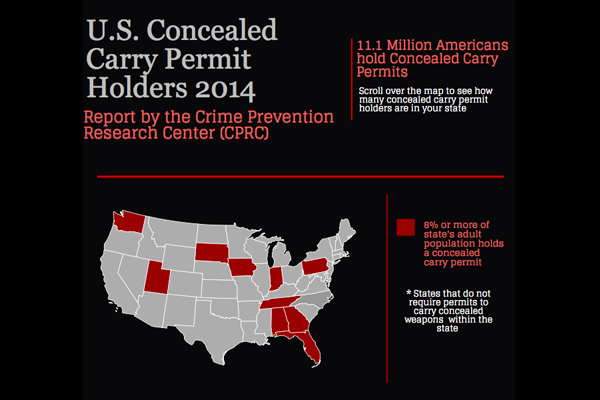 The Crime Prevention Research Center (CPRC) released a new study showing that concealed carry is up by 130%, and murder rates are down by 22%.
Comment(s)

The Crime Prevention Research Center (CPRC) has released a new report which shows that 11.1 million Americans have concealed carry permits, up from an estimated 4.6 million in 2007. In addition, between 2007 and preliminary estimates for 2013, murder rates have fallen from 5.6 to 4.4 per 100,000 – a 22 percent drop in the murder rate at the same time that the percentage of the adult population with permits soared by 130 percent. During that same time period, violent crime also decreased by 22 percent. Read the press release below, via Guns Save Lives.

“The Crime Prevention Research Center (CPRC), a research and education organization dedicated to conducting academic quality research on the relationship between gun ownership, crime, and public safety, today released a report, “Concealed Carry Permit Holders Across the United States” revealing that 11.1 million Americans hold concealed carry permits up from an estimated 4.6 million in 2007.

CPRC collected the most recent data available for each state from sources including state police, departments of public safety and the US Government Accountability Office. The results showed that there are total of 11,113,013 Americans who currently hold concealed carry permits representing nearly 5 percent of the total population.

“The increase in concealed carry permit holders corresponds with the increase in gun sales that we saw over the same time period. Permits have not only increased dramatically after President Obama’s election, but we also typically see increases after mass shooting tragedies such as Sandy Hook,” said Dr. John Lott Jr., President of CPRC. “These numbers show that people feel the need to protect themselves and believe that carrying a concealed weapon could save their lives.”

The report notes that the number of concealed carry permit holders is likely much higher than 11.1 million because numbers are not available for all states that issue permits such as New York. Additionally, four states and virtually all of Montana do not require that residents have a concealed handgun permit to carry within their state so the total number of residents who legally carry a concealed weapon is not recorded.

The report also examines the violent crime rate in relation to the rising percentage of the adult population with concealed carry permits. Between 2007 and the preliminary estimates for 2013, murder rates have fallen from 5.6 to 4.4 per 100,000 – a 22 percent drop in the murder rate at the same time that the percentage of the adult population with permits soared by 130 percent. Overall violent crime also fell by 22 percent over that period of time.” 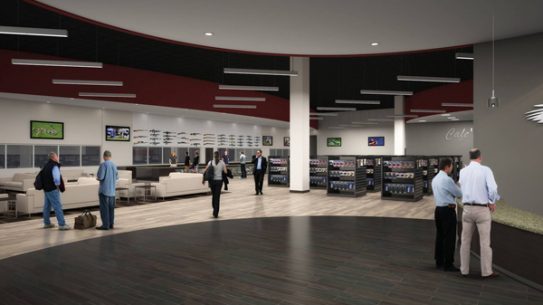