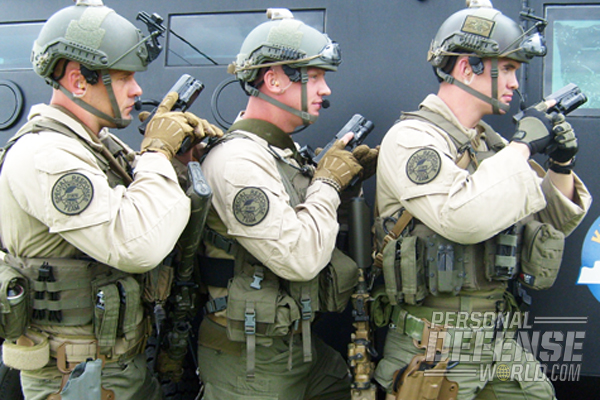 1 of 5
kentucky-police-glocks-1
Three Kentucky SRT Troopers in full kit stack up with their issued GLOCK 35s in .40 cal. 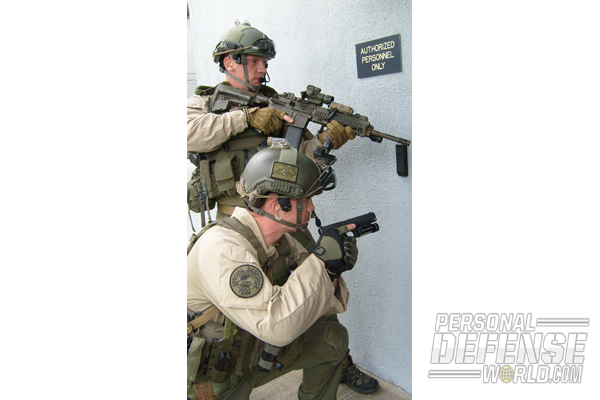 2 of 5
kentucky-police-glocks-2
Two KSP SRT members check around a corner. 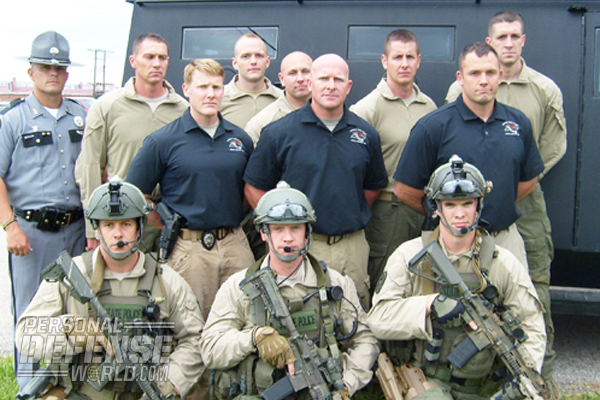 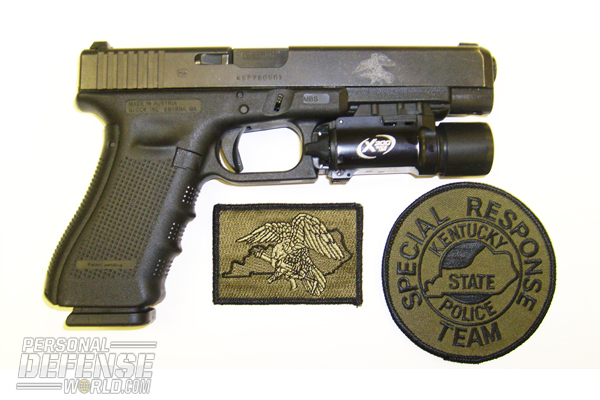 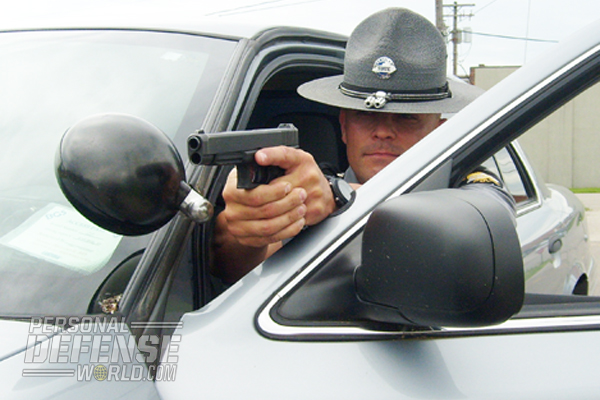 5 of 5
kentucky-police-glocks-5
A Kentucky State Trooper presents his GLOCK 35 while practicing a felony traffic stop. 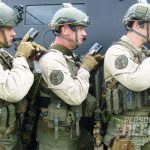 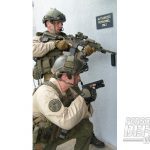 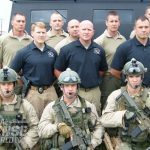 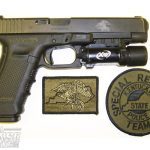 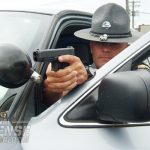 The Kentucky State Police have a long history of conducting car chases and getting the bad guy. When one thinks of a Kentucky State Trooper, you picture a tall, ramrod-straight, drill-sergeant type getting out of his souped-up cruiser. You picture the trooper on the highway giving tickets and at the state fair giving kids a tour of a crushed-up car that was smashed in a drunk-driving accident. Well, let me tell you a tale of a little-known, very select crew of Kentucky State Troopers who are as good as any SWAT team in the country.

The Kentucky State Police started the state’s Special Operations Branch in 1988. The Special Response Team (SRT), the only full-time special operations group in the state, has since evolved into an elite 12-person unit within the State Police. Based in an active U.S. Army depot in eastern Kentucky, the team members live, eat, sleep and work SRT.

As I passed through the security checks to meet the team, I realized this was serious business! I was met by a trooper in a blacked-out SUV and followed him to a nondescript building attached to a huge garage. The trooper who emerged from the SUV was at least 6-feet-2-inches tall. He looked like a spec-ops recruiting poster. Then he smiled, stuck out his hand and in a nice southern drawl said, “Welcome to the Kentucky State Police SRT team.” After the feeling in my hand returned to normal, I found out the following: 1) The Kentucky State Police recruit SRT members from all over the state; 2) Every recruit must have served for at least three years as a Kentucky State Trooper; 3) Any trooper who has been subject to a sustained internal complaint is prohibited from applying; 4) Every recruit must meet via testing all team physical and mental standards (which are classified); 5) Every recruit must receive the recommendation of every team leader after a rigorous selection process.

As I stood around the SRT squad room, I was reminded of my time, many years ago, as an Army reconnaissance scout. The team had a hard-edged humor mixed with strong camaraderie. You sensed that these troopers were the real deal. All were dressed the same: camo shirts and pants, boots sharp and ready to go. The room smelled of gun oil and disinfectant. Bunks were made with military corners in the bunkroom. When the sergeant walked in the banter quieted down. The sergeant was all business. He introduced me and told the team the captain wanted them to show me how it’s done!

The Kentucky State Police transitioned to the .40-caliber GLOCK 35 and GLOCK 27 in 2003. The agency was looking for a big-bore handgun with no decocking mechanism. It tested GLOCK’s pistols rigorously and liked them. Troopers both male and female especially liked the G35 and G27. The shooting scores went up, and ever since their introduction, the GLOCKs have proven themselves both on duty and off.

Every SRT member had a G35 strapped to his thigh. Here and there were several G27s as well. I asked the sergeant what his men thought of the G35. His response was straight to the point: “My men and I depend on these weapons to do the job. We expect perfection every time, right out of the box. If it doesn’t work, we can’t use it.” Another trooper said, “This is the best-shooting weapon I have ever carried in 15 years with the state.”

Of all the GLOCKs available, why pick the G35? The team’s armorer answered that question: “The Kentucky State Police needed a reliable big-bore pistol with a high capacity. Some of our troopers can go a while before backup arrives. If they have to shoot, we want them to put down the threat and have sufficient ammunition to stay in the fight if need be.”

“The GLOCK was the favorite, hands down,” the armorer added. “It passed all our tests. The troopers liked it. It’s easy to field-strip and won’t rust. You pull it out of the holster and it goes bang. End of story.”

The G35 was specifically chosen because its sight radius makes it easier to hit targets farther out. In testing, a variety of GLOCKs were shot by troopers of varying size. The G35 was the favorite, hands down. The Kentucky State Police chose the G27 as its backup/off-duty sidearm due to its compatibility with the G35. Reliability and caliber and magazine compatibility were musts.

“The GLOCKs are an important part of our weapons platforms,” a trooper said. “We have had incidents when our primary weapon was not deployable and the G35 was our only option.” He added, “Our troopers love the GLOCK. It’s never let them down.”

The Kentucky SRT consists of 12 troopers and two medics. They field two countersniper teams as well. SRT members train constantly when not called out on a mission. They get called out on average 180 times a year. Missions range from hostage rescues to helping a road trooper in trouble. The SRT trains with local and federal teams. The team is not authorized to discuss which units they’ve trained with, though one did say, with a laugh, “Well, I will tell you this: One of the teams we train with sure likes water!” You can draw your own conclusions.

The Kentucky SRT goes to the range every week and at each session shoots its full array of weaponry (yes, you read that correctly—every week!). The team has an average call-out time of one hour. That’s the time taken between receiving the phone call and hitting the road in full kit and weapons at the ready. The troopers I spoke to ranged age-wise from the mid-20s to the late 30s. They were confident but not cocky. You could tell these guys were a team. It was always “we,” never “I.”

The Kentucky SRT has the ability to deploy by land or by air. They can break into teams of two if needed, and each member is cross-trained in all areas of SRT. Recent operations have included providing security for a fallen officer’s funeral and protecting the governor at large-scale events. As a security detail, the team stages nearby and can extract the governor by vehicle or air if necessary. Some of their operations are sensitive and cannot be discussed.

I have been a police officer for 24 years. I have been around SWAT and spec-ops military personnel, and I can tell you this: These troopers are the best of the best. I would not want them knocking on my door! As I was getting ready to leave, a trooper pulled me aside and said, “You know, we aren’t just door-kickers. We are Kentucky State Troopers first and SRT second. We like our guns and getting the bad guys, but we are family men. We believe in what we are doing. If a trooper gets in trouble with a bad guy, come hell or high water, we are coming for him.” As we were talking his hand dropped to the butt of his GLOCK. I believe him.

The author gives his special thanks to the commander of Kentucky Special Operations, Kevin Nally. This article is respectfully dedicated to Bardstown Police Officer Jason Ellis. Officer Ellis was killed in the line of duty May 25, 2013. 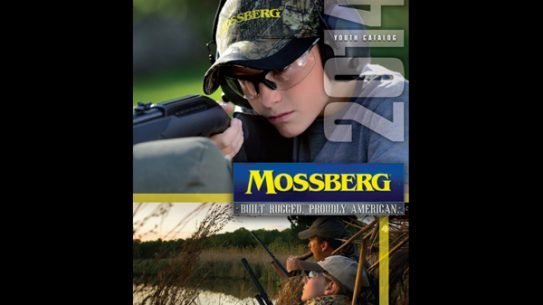 Mossberg has unveiled its 2014 youth catalog, which features 45 different shotguns, rimfire and...