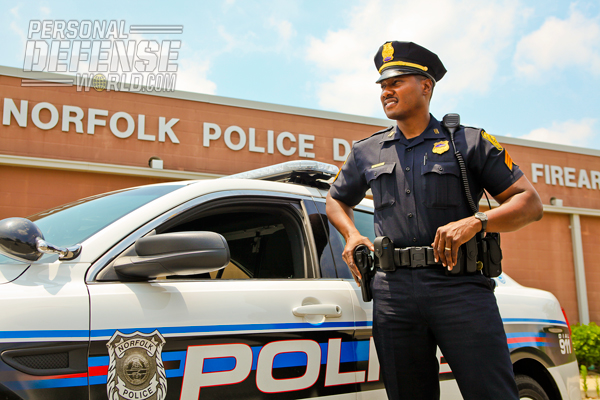 1 of 5
Norfolk-PD-Glock-3
Employing more than 700 officers, Norfolk is the second largest city in Virginia and has concurrent jurisdiction over the world’s biggest naval base. 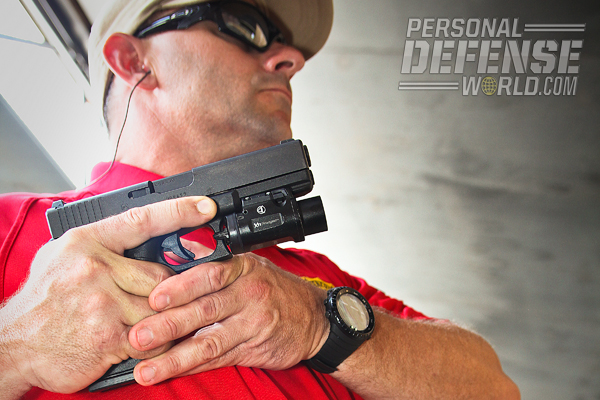 2 of 5
Norfolk-PD-Glock-1
At the Training Center, officers train in a high-realism setting featuring timed, moving targets and remote-controlled robots. 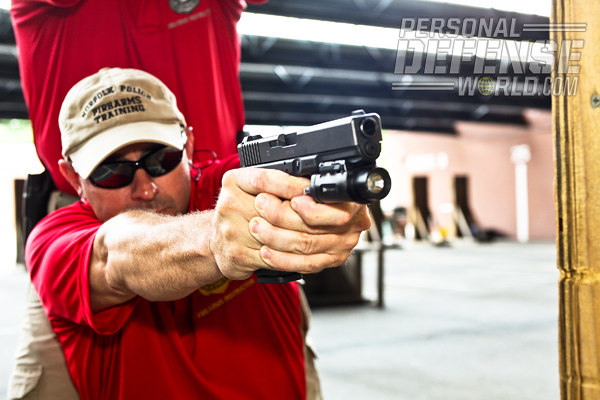 3 of 5
Norfolk-PD-Glock-2
Sergeant Jim Crist, range-master for the Norfolk Police Department, led the efforts to transition to the GLOCK 21 .45 AUTO. 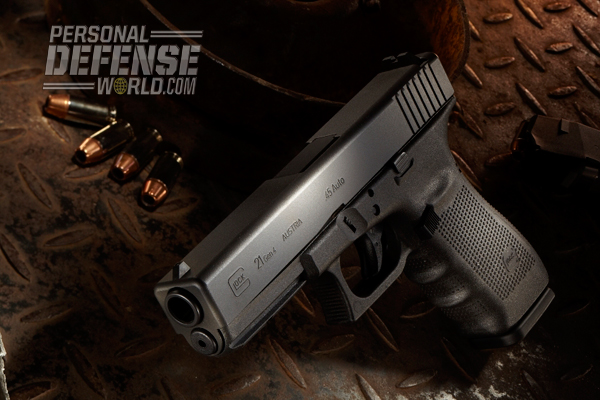 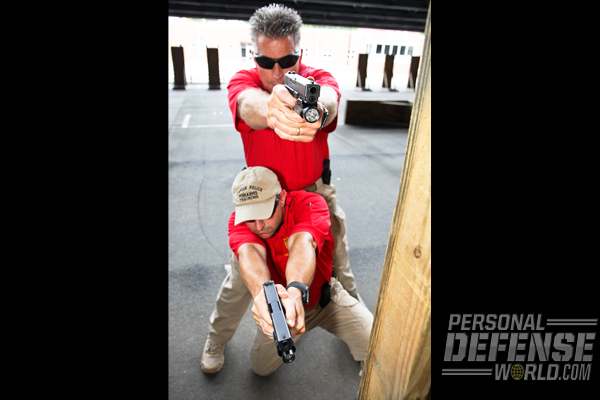 5 of 5
Norfolk-PD-Glock-4
The NPD’s Firearms Training Center, built in 2008 and containing 30 lanes, plays host to all department lethal-force training. 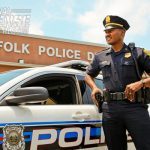 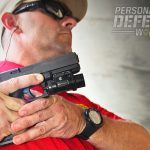 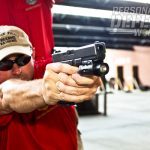 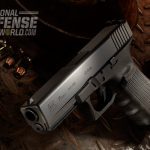 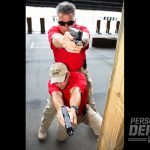 The city of Norfolk, Virginia, is practically a household name—and for good reason. With its strategic location at the mouth of the Chesapeake Bay, it is home to the world’s largest naval base. Its proximity to the nation’s capital, just under a four-hour drive north, also makes it attractive to other military services, and it plays host to one of only two NATO strategic command centers as well.

While the nation’s current military activity certainly helps the Norfolk economy, it does present specific challenges to the Norfolk Police Department. Already Virginia’s second-largest city with nearly 250,000 residents, Norfolk is the recipient of a large influx of military personnel from around the country and around the world, which requires specific cultural and language training for Norfolk police officers. The city PD also has concurrent jurisdiction over military bases for enforcement purposes, and often works with Department of Defense antiterrorism and security units.

Of course, large challenges require an effective response, and this is what drove the city to switch all of its officers to the GLOCK 21 Gen4 in .45 AUTO. Norfolk originally adopted the GLOCK 17 9×19 back in 2003 due to its superior ergonomics, while its Special Operations Team (SOT) opted for the big-bore G21. “We tested several guns from different manufacturers at the time, and I was involved as a patrol officer then, in the test and selection process,” said Sergeant Jim Crist, rangemaster at the city’s new Firearms Training Center.

In 2003, the department opted to stick with 9×19, as it already had a large supply of that particular cartridge on hand. The Norfolk PD’s recent switch to .45 AUTO is based on opportunity cost factors, a thorough review of the department’s needs, a series of tests by randomly selected patrol officers and possibly because of a shooting incident.

In that incident, a Norfolk police officer walked into a convenience store which was in the process of being robbed. He challenged the suspect, who immediately opened fire at the officer. In the exchange, the officer and suspect both emptied their guns firing at each other at close range inside the confined space. The officer was not hit, but the suspect took five center-mass hits and kept going. Finally, the officer fired a headshot, which still failed to immediately stop the suspect. Apparently, no narcotics were involved, just pure adrenaline.

Sergeant Crist believes that a .45 AUTO round would have stopped the suspect faster. However, it was not until the introduction of the Gen4 series of GLOCKs that his agency decided to proceed with the changeover. The most important advantage provided by the Gen4 is its interchangeable backstraps. By adding or removing straps, an officer can find the grip size that best fits his or her hand. Thanks to the Gen4’s backstrap interchangeability, several differently statured officers can use the same pistol comfortably.

During the evaluation process, Norfolk recruited 20 officers at random to test the new G21 Gen4 and compare it to their issued G17s. “We put the officers through the standard qualification course with the 9×19 and then again with the .45 AUTO, and there was an improvement of four points on average, with some officers showing double-digit improvement,” said Sergeant Crist.

According to survey results, Norfolk officers felt the G21 had a better and more comfortable grip and less recoil. Lower recoil, a result in part of the Gen4’s dual recoil spring assembly, helped them to more easily keep the sights on target for faster follow-up shots, inspiring greater confidence. In terms of magazine capacity, there is a four-round difference between the two handguns, with the G21 accommodating 13+1 rounds and the G17, 17+1.

“Accuracy and effectiveness are a priority for us, and we hold our officers to a higher standard than what the state requires,” said Sergeant Crist. Virginia requires that all law enforcement officers achieve a minimum qualifying score of 70-percent hits. Norfolk requires as a minimum 76-percent proficiency from its officers. The GLOCKs used by the city come standard with night sights, but no other modifications are allowed. Officers can choose to use a rail-mounted tactical light but not red lasers because they could become confused with the department’s red-laser-equipped Taser units.

Continual training is a priority for the Norfolk Police Department, and the training unit has developed a series of videos that are posted to the department’s internal computer network. Officers can review information on weapon clearing for their issued patrol rifles, pistols and shotguns, as well as the three-step draw drills and dry-fire drills, even from their patrol cars. Each patrol car is also equipped with a patrol rifle and a shotgun in a dual mount. Every patrol rifle is the same and is equipped with the same sight. As Sergeant Crist explained, “We own every round that goes downrange.”

Norfolk’s more than 700 sworn officers responded to over 13,000 crimes in 2011, a decline from previous years, and the city ranks low on the list of dangerous cities of similar size. All officers attend a basic recruit course that consists of approximately 24 weeks of academic and physical training. The Firearms Training Center, built in 2008, is home to all lethal-force training and encompasses several classrooms as well as an enclosed outdoor range with 30 lanes that extend to 25 yards. Also included, for additional training, are five rifle lanes that extend to 50 yards.

The range features pepper poppers, a running-man target system, timed turning-target carriers and a remote-control robot for added realism in training. Outside, there sits a two-story, multi-room shoothouse for Simunitions training. According to Sergeant Crist, the city will soon install a VirTra V-300 LE Force Options use-of-force training simulator, which provides users with an immersive 300-degree environment. As the VirTra simulator is a video environment filled with human actors, Norfolk plans on filming practice scenarios at actual locations in the city that officers will recognize, all for added realism.

As a full-service agency, the Norfolk Police Department also has a K-9 unit and a dedicated 22-man Special Operations Team. The surrounding waterways are patrolled by the department’s Harbor Patrol unit, which responds to distress calls and assists in escorting foreign-flagged and naval vessels. Harbor Patrol also has full dive capability for rescue and salvage. Norfolk is the only area agency containing a fully equipped bomb squad with X-ray machines, robotics and diagnostic and render-safe tools.

Community service is a major part of the Norfolk Police Department’s mission, and the traffic unit handles over 30 large-scale events each year, including Harborfest, various parades and marathons. City residents are welcome to attend a Citizens Police Academy where police practices and procedures are explained and participants are invited to shoot the different firearms the department uses, including their new GLOCK pistols.

The Norfolk Police Department takes its training and its commitment to protecting the public very seriously indeed. To do its work effectively, it turned to the most effective, reliable and accurate sidearm it could find, the G21 Gen4. 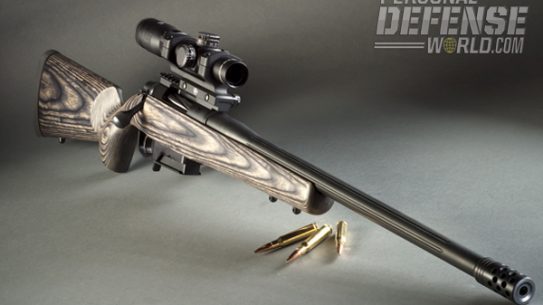