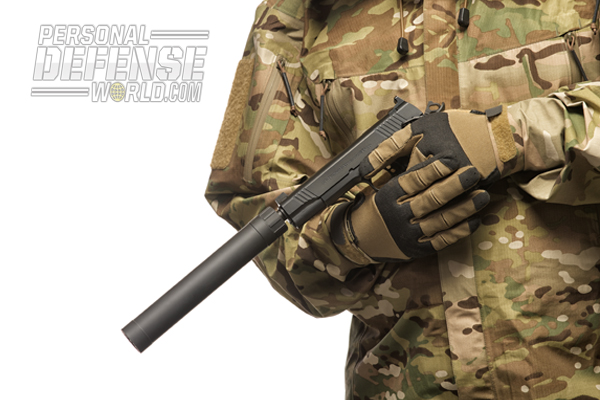 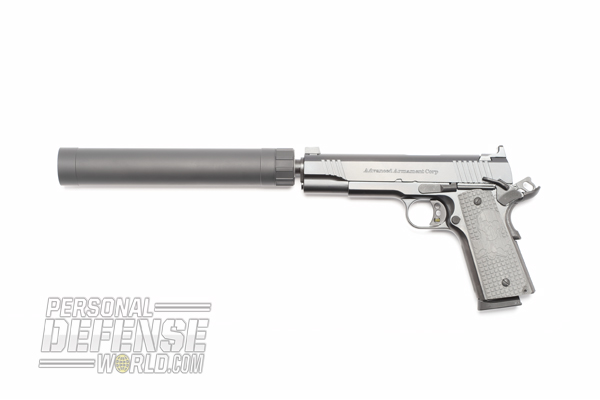 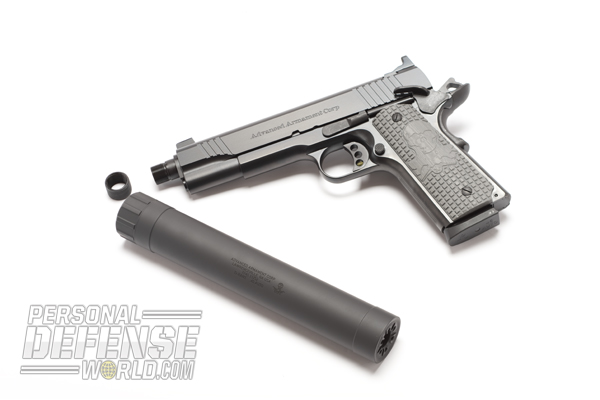 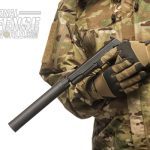 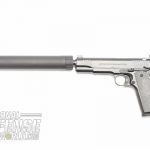 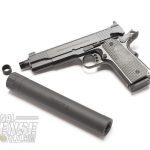 In a review for the November 2014 issue of COMBAT HANDGUNS, author Andy Massimilian examined a recent collaboration between Remington and AAC that brought together Remington’s 1911 R1 Enhanced Threaded Barrel and AAC’s Ti-RANT suppressor. Dubbed the AAC 1911 for this limited-edition offering, Masimilian set out to see how the custom-quality kit performed in hand and on the range.

“The AAC 1911 is nearly identical to the 1911 R1 Enhanced Threaded Barrel. However, the grips and markings are distinct from the Remington variant,” says Massimilian. “The AAC 1911 is a full-size pistol made from a forged carbon steel slide and cast frame,” says Massimilian. “The fixed sights are high profile to allow a sight picture with the front sight just barely clearing the edge of the Ti-RANT suppressor.”

Masimilian ultimately came away impressed with the pistol’s quality, citing its adherence to traditional 1911-style design and operation. “Like all Remington 1911 pistols, the AAC 1911 incorporates what many call the ‘Series 80’ firing pin safety, named after what Colt referred to this system as when it first was released. The Series 80 system incorporates a spring-loaded plunger into the slide that prevents the firing pin from moving forward unless the trigger is depressed.”

At the range, Masimillian found the combination of 1911 and suppressor a winning package for civilian shooters. “At 8.74 inches long, the Ti-RANT is a full-size suppressor that makes the entire unit 17.25 inches long. The AAC 1911 worked flawlessly with the Ti-RANT with a 4-inch shift in point of impact at 25 yards,” says Massimilian. “There was no discernable muzzle flash, and it reduced the sound signature substantially when used dry or wet with 5cc’s of water poured into the front of the suppressor. AAC states that the average dry/wet sound reduction of the Ti-RANT is 30/41 decibels.” 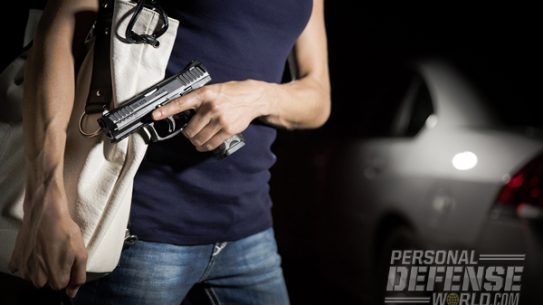 Four years in the making, the HK VP9 offers all the features 9mm shooters...