For the 2015 issue of the COMPLETE BOOK OF GUNS, author Clair Rees examined Rossi’s Rio Grande, a .30-30 lever-action design. A longtime fan of lever-action rifles, Rees quickly dove into the design’s details and early inspirations.

“Manufactured in Brazil by Taurus, the Rio Grande was obviously inspired by Marlin’s iconic Model 336. Introduced in 1948, the Model 336 was a direct descendant of the Model 1893 Marlin introduced toward the end of the 19th century,” says Rees in his review. “Featuring sturdy construction and side ejection, the Model 336 makes it easy to mount a scope. The Marlin lever rifles I’ve owned have been both accurate and reliable.”

Taking the new Rossi Rio Grande in hand, Rees found its operation familiar and smooth. “The lever operates smoothly, while  the trigger breaks crisply under 4.5 pounds of pressure,” says Rees. “Loading the rifle went smoothly.  The magazine holds six rounds, which gives you seven shots with a round in the chamber. Although not universal, the spring-powered loading gate on  the left side of the receiver is the classic arrangement for most lever-operated centerfires. Some lever rifles I’ve used worked best if you inserted the next round while the preceding cartridge  still protruded from the gate. That wasn’t the case with the Rio Grande. It gobbled up cartridges whether the preceding round had disappeared fully into  the magazine or not.”

Range tests further confirmed the Rio Grande’s fluid operation and ergonomic handling. “Some rifles with tubular, under-the-barrel magazines have a tendency to string shots vertically as the barrel heats up and the rifle’s balance is affected by the number of rounds remaining in the magazine. The Rio Grande displayed no such tendencies.” 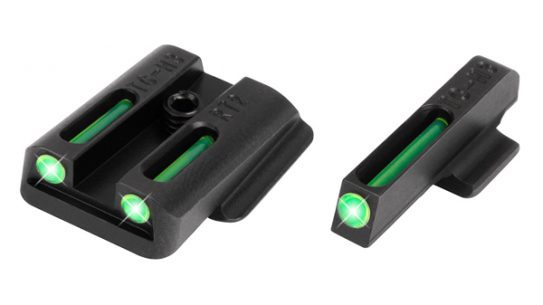