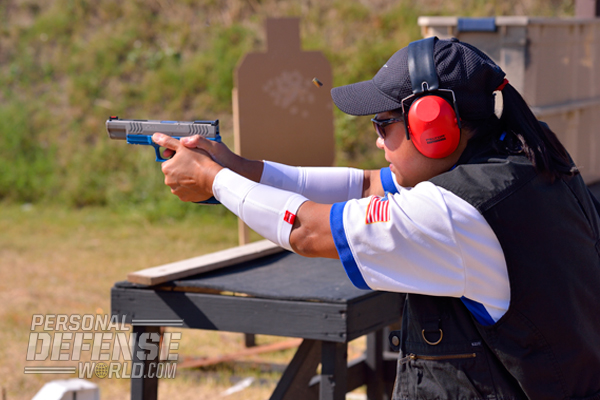 Author Robert A. Sadowski investigated the world of the International Defensive Pistol Association (IDPA) and the training merits it presents to concealed carry enthusiasts for the November 2014 issue of COMBAT HANDGUNS. Sadowski updated readers on the expansive network of IDPA-sanctioned matches nationwide and the types of competition that might be of interest to the CCW crowd.

“Over 2,400 matches are held each year by IDPA-sanctioned clubs. IDPA’s only requirement is that a club must run six matches per year. The sport has evolved from the tan-vested shooters of yore,” says Sadowski. “IDPA is also incredibly friendly to first-time participants, of which many are women. Many clubs have introductory classes on IDPA and teach competitors how to draw safely from a holster and reload.”

Sadowski went on to show examples of how the scenarios presented in IDPA competition mirror specific scenarios potentially seen in real life. “A typical match is fired from 3- to 20-yard distances and divided into stages. Each stage takes on a specific scenario that you might encounter in the real world,” says Sadowski. “Of course, there are no rules in real-life deadly encounters, but with the IDPA…there are rules. Competitors shoot against the clock. Accuracy and speed are key and test every shooter’s skill set. Competitors may shoot using cover or from behind a vehicle. Stage scenarios are designed to push a shooter’s accuracy skills.”

“BUG, or back-up gun, is the newest division in IDPA, with the first event of its kind being held at S&W’s shooting facility in Springfield, Massachusetts. The match completely filled up with competitors plying their skills with compact semi-auto pistols and revolvers. In BUG, the maximum barrel length is 3.8 inches for an auto and 3 inches for a wheel gun.” 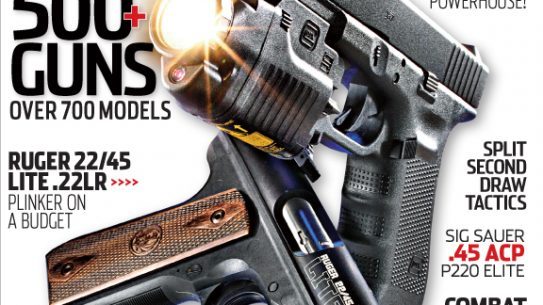 The COMPLETE BOOK OF AUTOPISTOLS is a go-to resource for learning more about the...