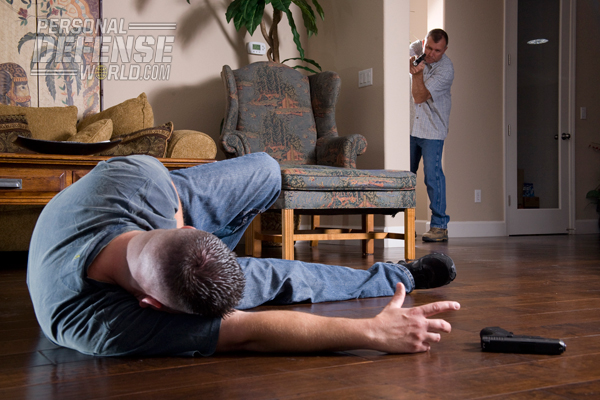 What To Do After A Self-Defense Shooting
Comment(s)

For his “Self-Defense & The Law” column in the November 2014 issue of COMBAT HANDGUNS, Massad Ayoob explained five critical steps a victim must take in the aftermath of a self-defense shooting. These steps ranged from signing an official complaint to pointing out witnesses to police, offering a point-by-point template for how to handle a self-defense shooting’s aftermath.

“The justice system tends to see the man who got hurt or the one who made the initial complaint as the victim, and the person who inflicted that harm or the one complained about as the perpetrator,” says Ayoob in explaining his “Establish The Active Dynamic” point. “The man who tried to murder you is now lying in a puddle of blood looking very much like a victim. You, with your smoking gun, look a lot like a perpetrator. It is therefore imperative that you establish from the beginning that he is the one who tried to violently victimize you. It is vital that you call 911 immediately, give your location and tell them that you’ve been attacked and that the perpetrator is down.”

Ayoob went on to advise readers how to “Point Out The Evidence” in the aftermath of a shooting, and included a real-life example of how this step impacted a man’s case for self-defense in court.

“Evidence is perishable. It can be stolen or inadvertently moved. In Case Three in Tennessee, a man protecting himself and his young daughter from a crazed knife-wielder was slashed on his arm and emptied his gun fatally into the attacker. He dropped the empty weapon to apply pressure to his wounded arm, but he did not realize that in the hectic aftermath of the incident that an ambulance attendant had kicked the empty gun up the driveway,” says Ayoob. “This altered the evidence at the homicide scene, leading the investigator to incorrectly conclude that the shooter was lying about what happened. The result was an indictment, and we had to take him through a full murder trial to win his acquittal. Had he pointed out where he dropped the gun to the first responders, he probably would have been spared that ordeal.” 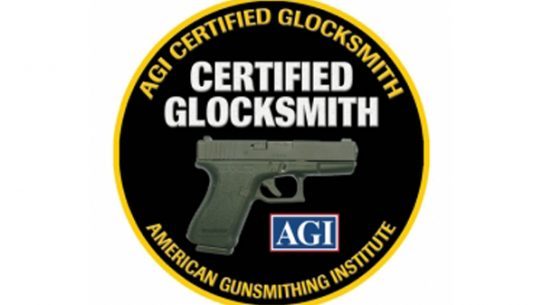 The AGI Certified Glocksmith Course teaches students how to modify a Glock into a...