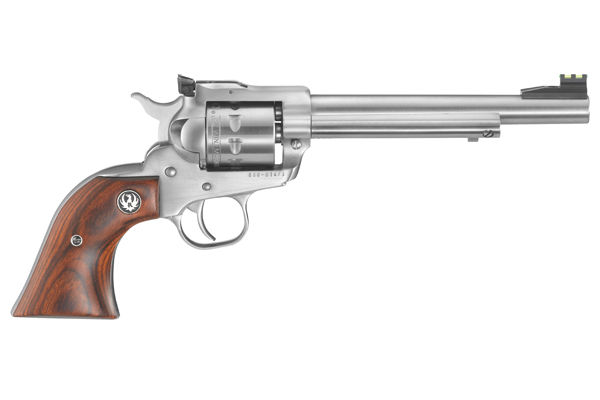 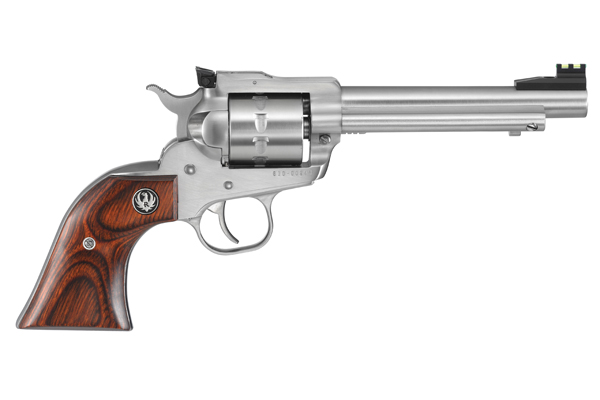 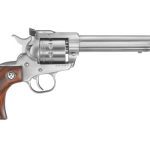 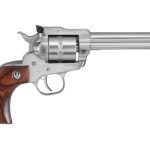 A longtime fan of Ruger revolvers, author Clair Rees investigated two new rimfire revolvers from the company, Ruger’s Single-Nine (.22 WMR) and Single-Ten (.22 LR), in a review for the 2015 issue of the COMPLETE BOOK OF GUNS. The single-action revolvers caught Rees’ eye not only with their classic styling, but with their practical ergonomics as well.

“Visually, the Single-Nine and Single-Ten revolvers are all but identical. At the moment, the Single-Nine is offered with a 6.5-inch barrel, while the Single-Ten’s barrel is an inch shorter. The .22 WMR weighs in at 39 ounces, while the .22 LR version weighs an ounce less. I expect other barrel lengths to appear soon,” says Rees in his review. “Both guns wear flawless satin stainless steel finishes and fluteless cylinders.  A legend identifying the cartridge is engraved around the rear of the .22 WMR cylinder. The Single-Ten’s .22 LR cylinder lacks this adornment.” 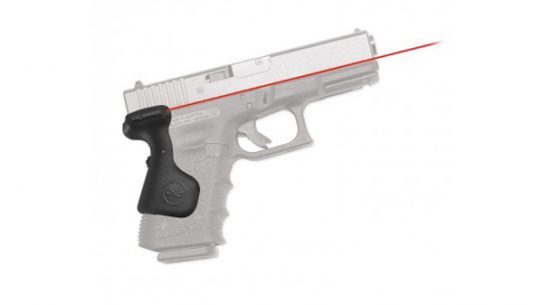 Following a request from a European police unit, B&T USA set to work on the SPC9 series. As a result, comes a series of carbines with a familiar feel and operation. Starting with five models, ranging from personal defense to operational, more will be released later in the year. The B&T USA SPC9 Series Combining […]