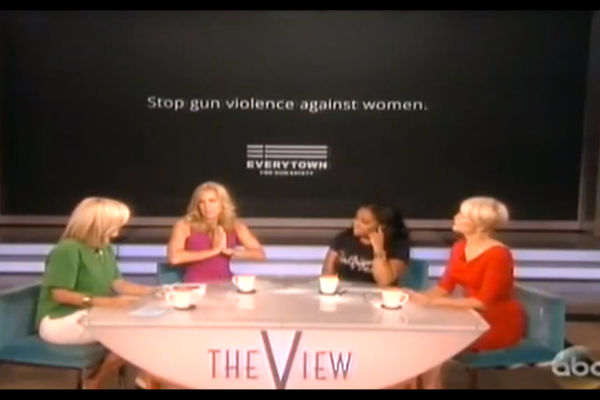 Three out of the four panelists on 'The View' supported women using a gun at home for protection.
Comment(s)

On Tuesday’s episode of “The View,” three out of the four panelists came out in favor of women using a gun to protect themselves and their families while at home. Watch the video of the segment below.

After the clip finished, Spencer called the ad “highly effective” and “upsetting” with a “very strong message.” The other three panelists, however, had a different take. Sherri Shepherd was the first to weigh in.

“The flipside is when I was at my home and the alarm went off, and I ran to my son’s bedroom and Jeffrey was crying, and I realized all I had to protect me and somebody coming around that corner was a daggone wicker trash basket,” Shepherd said, according to the NewsBusters transcript. “And I said to myself and everybody said to me, “well get a bat.” You got one chance to use a bat and if they take it away. “Get pepper stray.” You know how close they got to get to you, if you use pepper spray? You got one of these? [makes a gesture like she’s holding a gun and makes a sound of cocking a gun] They’re not gonna come near you and your child! So when you’re standing there, and you don’t know how to protect your child ? Get a gun in your home!”

Huddy also described how frightened she was when she had a stalker.

“I remember feeling so vulnerable,” she said. “And I just remember constantly going to sleep at night wishing that I could go over and grab my dad’s gun. You know? And keep it behind my bed. You know the knife? The butcher knife in the kitchen wasn’t gonna work for me. You know?”

Spencer replied that she had two kids at home and wouldn’t feel comfortable having a gun in the house.

Jenny McCarthy then said she agreed with Shepherd’s point of view.

“I’ve been in circumstances like Sherri where, you know people tried to break in and I’m with my son going, “I wish I had something to protect myself with,” she said.

The segment concluded with McCarthy stating, “Long story short, don’t come at me and Sherri’s house!” 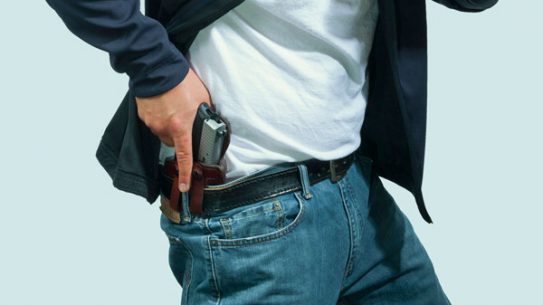 The chief of police in Bristol, Rhode Island is being sued by a town...