An armed homeowner came to the rescue of an elderly neighbor being carjacked in Arizona.

According to Azfamily.com, a Phoenix woman in her 60s pulled into her driveway at around 3:30 on Friday afternoon. She was just about to exit the vehicle when a man approached the driver side door and asked if he could use her phone.

She told the man no, saying she didn’t know him. The man then pulled her out of the car, threw her to the ground and got into the vehicle.

As Azfamily.com reports, a couple living next door — who had initially observed the man approaching the vehicle and thought something seemed suspicious — began to act. The wife walked up to the vehicle and opened the passenger door. The suspect began driving away and the vehicle hit the wife, knocking her to the ground and giving her a head injury.

The husband, who had retrieved his firearm from inside the house, began opening fire, firing multiple shots at the suspect as he fled in the vehicle.

A short time later, police received a report of a single vehicle collision nearby. The suspect had crashed the stolen vehicle into a fixed object. Police said the suspect had suffered a gunshot wound from the neighbor. The suspect was taken to an area hospital, where he died of his injuries. The wife of the neighbor was also taken to the hospital to be treated for the head injury. The carjacking victim was bruised but did not require any treatment for injuries.

Azfamily.com says the Maricopa County Attorney’s Office is reviewing the investigation into the shooting, but no charges are expected to be filed against the armed homeowner. 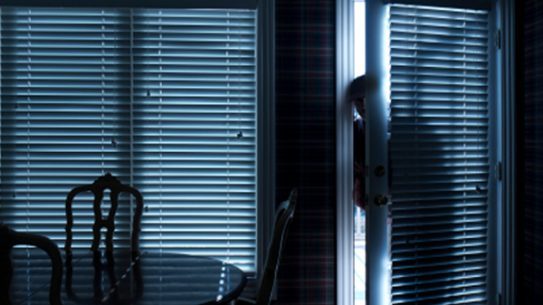 A Florida couple shot and killed an armed intruder in their home on Friday.