Bill Rogers’ Shooting School Offers ‘The Test’ of a Lifetime

Bill Rogers provides students with an intense five days of non-stop handgun training, which culminates in the taking of the “Test.”

For over 30 years, students at the Rogers Shooting School have been judged by their performance on “The Test.” For pistols, “The Test” consists of nine stages with a total of 125 possible points. Shot on Rogers’ steel range, all targets are computer-controlled, 8-inch head plates that are placed between 8 and 21 yards. Roughly 40 percent of the course of fire is shot unsupported with the left and right hand. How tough is it? In 30+ years, only five perfect scores have ever been shot. Bill Rogers has only maxed “The Test” twice. A guy named Leatham, as in Rob Leatham, managed a perfect score once. And just recently two shooters, Manny Bragg and Gabe White, aced “The Test” on the same day. That’s it—five times in 30+ years.

The full Rogers pistol course is a full five days of intense, non-stop pressure, shooting, self-analysis and more shooting. I recently had the opportunity to attend an abbreviated three-day Rogers course hosted by Ronnie Dodd, Rogers’ operations manager. I can tell you that it was the most beneficial and challenging three days of shooting I have ever experienced. By the end of the third day, I was mentally and physically worn out. I was also excited about my skill development and a new way of training.

From the very first shot fired, every drill is designed to build a foundation and prepare the student for “The Test.” Every drill is shot under the same time constraints as “The Test.” Bill, a former FBI agent and competitive shooter, does not believe in easing the students into the drills. My first course of fire required me to start from an extended ready position and engage an 8-inch head plate at 8 yards. The total exposure time for the plate was 0.5 seconds! This time is not arbitrary, but rather based on science and physiology. According to Bill, it takes approximately 0.12 (or twelve one-hundredths) seconds for the trained brain to react to a stimulius. Simple movement also takes approximately 0.12 seconds. Broken down, to react and bring the pistol on target should take the shooter 0.24 seconds. The shooter then has .24 seconds to engage the target. Hence, the 0.50-second time.

Bill or one of his instructors demonstrates each drill prior to having the students shoot. They also demonstrate each stage of “The Test.” What is interesting is the instructors keep score when they demo “The Test.” Each instructor must shoot at the “Advanced” level by scoring a minimum of 110 points. Bill and his cadre “walk the walk.”

The first morning I felt as if I was drinking from a fire hose and was way behind the power curve. My hit ratio was pretty weak, and I wondered how I would survive the day, much less three days. Bill stresses that every shot is an aimed shot using the sights. Sure, you can point shoot the 8-yard plate and do reasonably well. However, point shooting is a total failure at 10, 15 and 21 yards! Bringing the pistol to eye level, obtaining a sight picture and engaging the target in 0.5 seconds seemed impossible. But by the end of first day, this was the easiest drill to complete. 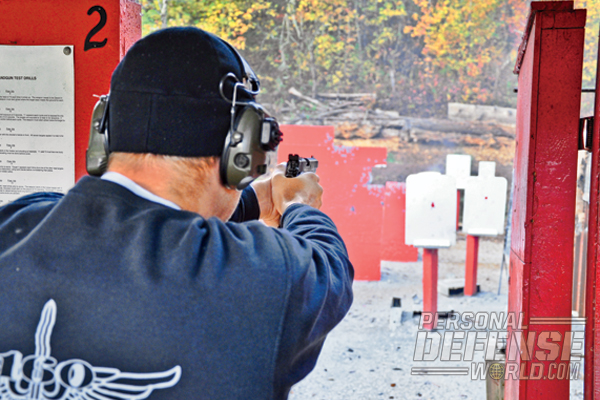 Probably the toughest drill is the weak-hand blast. Shot weak-hand only, the shooter starts with the pistol in his/her weak hand. In 30 seconds, the shooter is required to engage three waves of either seven or eight head plates. The exposure of each target is varied depending on distance and order. Between each wave, the targets are down for six seconds so the student can reload, behind cover, using only the weak hand. There are a total of 23 possible points. In plain words, 23 targets with two reloads in 30 seconds—never mind that it is weak-hand only. It does not get any harder than that! 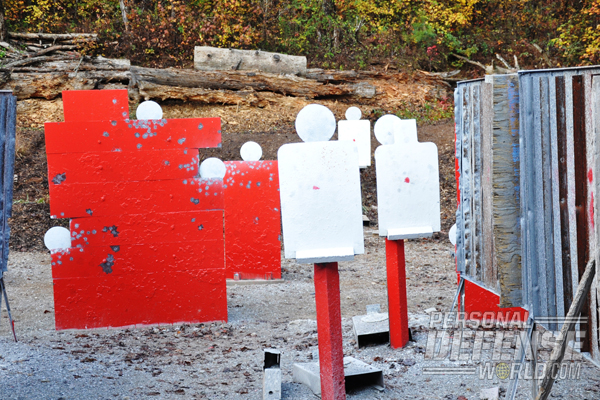 The first day I shot a new Glock 19 Gen4 that I had set up with a 10-8 Performance rear sight and a Warren white-ring tritium front sight. At the end of the first day, I managed a Basic Certification with a score of 75. The second and third day, I used a Glock 17 that Bill provided and qualified with solid Basic scores on both days. My unsupported hand shooting, and a couple of mental blocks, hampered me from getting an Intermediate Certification with a score of 90 or better.

One of the lessons learned was the real benefit from dry firing. Students dry fired every drill before shooting it live. During dry fire, students self-diagnose errors in grip, sight alignment and trigger control. Bill teaches to break the shot, hold the trigger to the rear and “call the shot.” Only then does the student do a tap and rack to reset the striker/hammer. Even after shooting all day long, I found myself dry firing for 15 to 20 minutes in the evenings. Students shoot between 500 and 600 rounds per day. While this is a high round count course, each round fired is a building block for the next drill. Bill also offers a basic pistol course, carbine course and shotgun course. 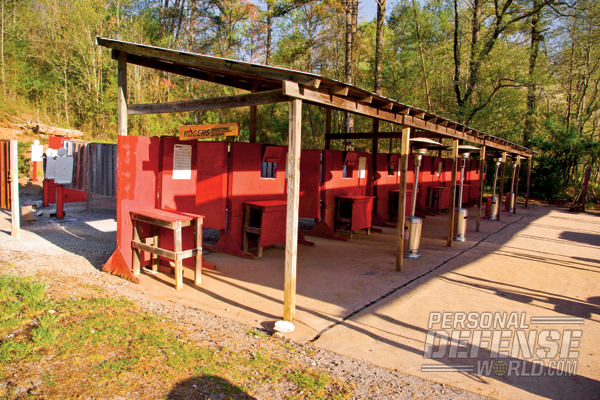 Located outside Ellijay, Georgia, the Rogers Shooting School is one school that any serious student of the gun should put on his or her list. Some have described it as a life-changing experience. More importantly, many warriors describe it as a life-saving experience.

Bill has also partnered with Panteao Productions to produce several training DVDs. I highly recommend these, especially if you can’t attend his school.