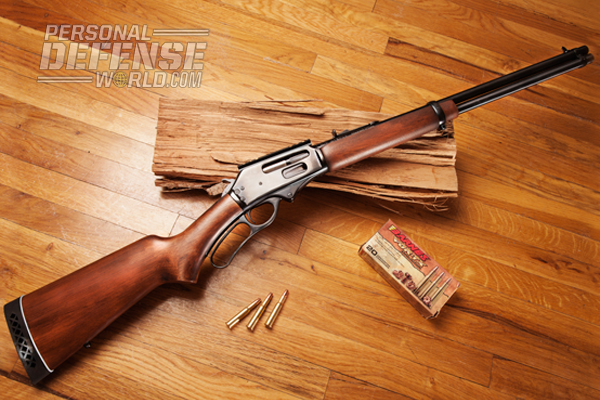 1 of 7
Rossi-Rio-Grande-4
“I’ve looked forward to putting Rossi’s new Rio Grande through its paces. This rifle is a near twin to the Marlin Model 336, and can easily be mistaken for that rifle if you don’t look too closely.” 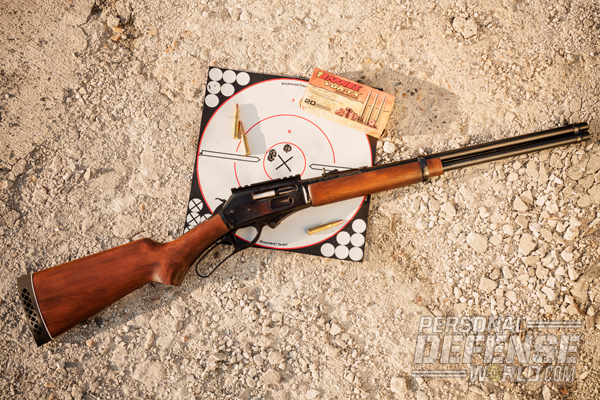 2 of 7
Rossi-Rio-Grande-3
Shooting from 50 yards the Rossi produced a nice group of 1.5 inches with the Barnes 150-grain TSX. 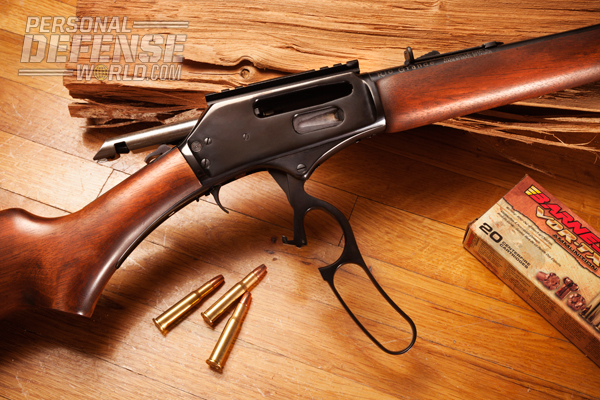 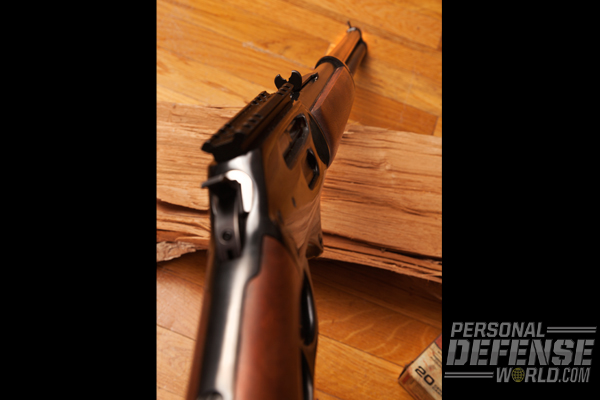 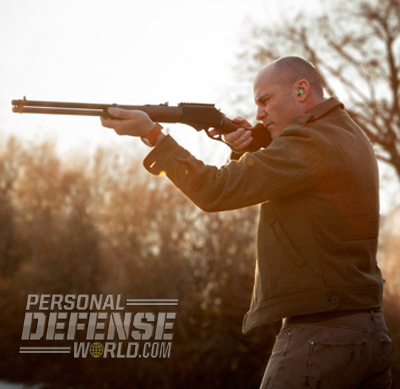 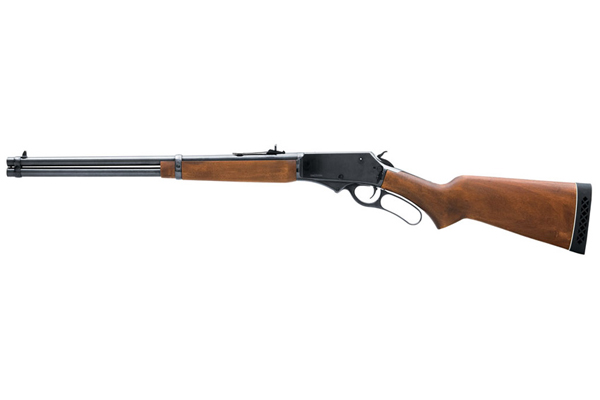 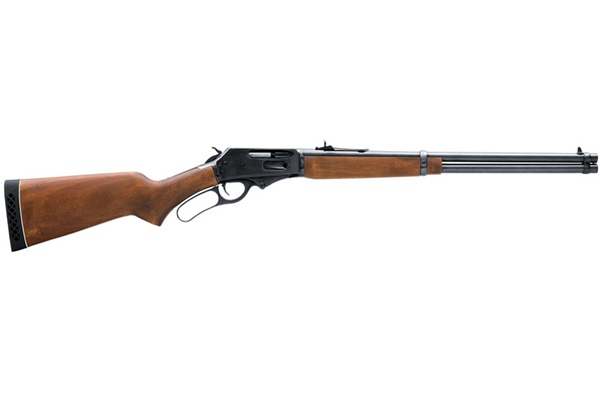 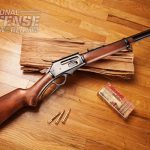 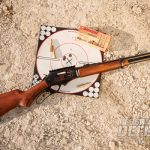 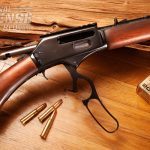 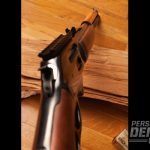 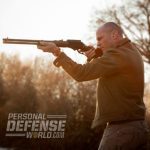 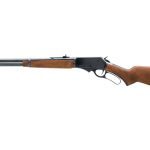 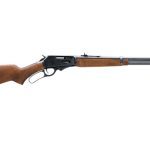 Manufactured in Brazil by Taurus, the Rio Grande was obviously inspired by Marlin’s iconic Model 336. Introduced in 1948, the Model 336 was a direct descendant of the Model 1893 Marlin introduced toward the end of the 19th century. Featuring sturdy construction and side ejection, the Model 336 makes it easy to mount a scope. The Marlin lever rifles I’ve owned have been both accurate and reliable.

Now that there’s a new kid on the block, I’ve looked forward to putting Rossi’s new Rio Grande through its paces. This rifle is a near twin to the Marlin Model 336, and can easily be mistaken for that rifle if you don’t look too closely.

My test rifle sports a ventilated rubber recoil pad with a white-line spacer. This stands a little proud from the walnut-finished hardwood buttstock, but not far enough to be annoying. Marlin’s buttstock has a hard plastic cap, which is less functional and offers less protection. Also, the Marlin lever gun has a metal forend cap, which the Rio Grande lacks. There’s no checkering on buttstock or forend. Wood-to-metal fit is good.

The lever operates smoothly, while the trigger breaks crisply under 4.5 pounds of pressure. The hammer can be placed in three separate positions, while a crossbolt safety prevents contact between hammer and firing pin when engaged. Pushing the safety button to the left exposes a red-colored band that indicates the safety is “off” and the rifle is ready to fire. The safety can be engaged when the hammer is fully cocked or lowered to half-cock. Another safety—the trigger safety lever—blocks the trigger until the action is fully closed.

The rifle’s steel extractor fits into a recess in the left wall of the receiver, where it’s held in place by the bolt. This is likely to fall out when you remove the bolt, so take care it isn’t lost during disassembly.

Loading the rifle went smoothly. The magazine holds six rounds, which gives you seven shots with a round in the chamber. Although not universal,
the spring-powered loading gate on the left side of the receiver is the classic arrangement for most lever-operated centerfires. Some lever rifles I’ve used worked best if you inserted the next round while the preceding cartridge still protruded from the gate. That wasn’t the case with the Rio Grande. It gobbled up cartridges whether the preceding round had disappeared fully into the magazine or not.

When it came time to check out the Rio Grande’s accuracy, I did my shooting with the forend rested on a sandbag. In deference to my aging eyes, the range was 50 yards. I opted for the rifle’s open sights instead of mounting a scope. The largest whitetail I ever shot was taken with a .30-30 Encore pistol at 70 yards. Iron sights are okay for me out to maybe 100 yards. If I expect a longer shot, I’ll carry a flatter-shooting rifle
with a good 4x scope.

Like most lever action centerfires, the Rio Grande has great between-the-hands balance. Adding a scope would destroy this fine balance, which is another reason I prefer iron sights.

Some rifles with tubular, under-the-barrel magazines have a tendency to string shots vertically as the barrel heats up and the rifle’s balance is affected by the number of rounds remaining in the magazine. The Rio Grande displayed no such tendencies. Groups were fairly tight throughout my testing, plus the Rossi Rio Grande is a good-looking rifle. The lever cycled smoothly and no feeding problems were encountered. The trigger felt good and accuracy was more than acceptable. 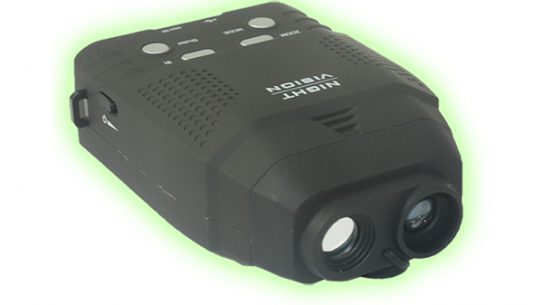 Designed for sportsmen, homeowners and anybody else who wants an advantage after dark, the...