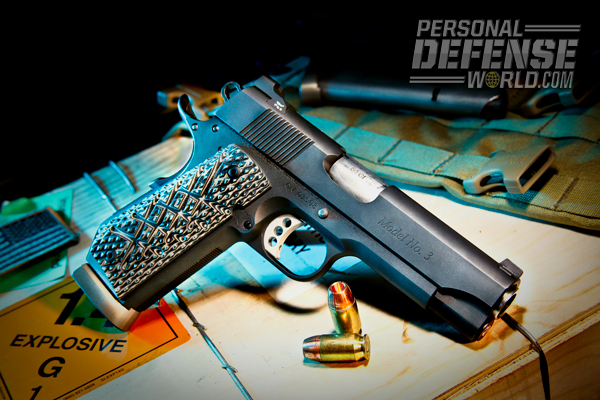 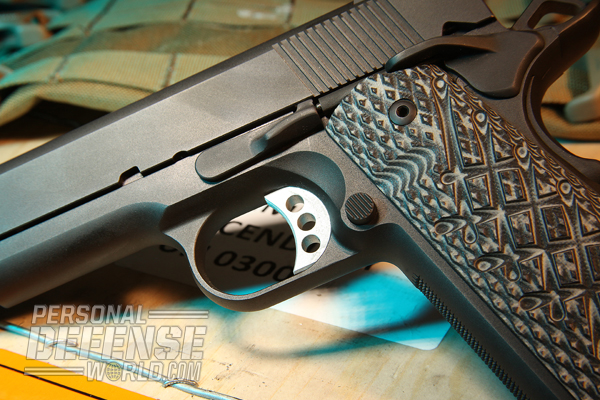 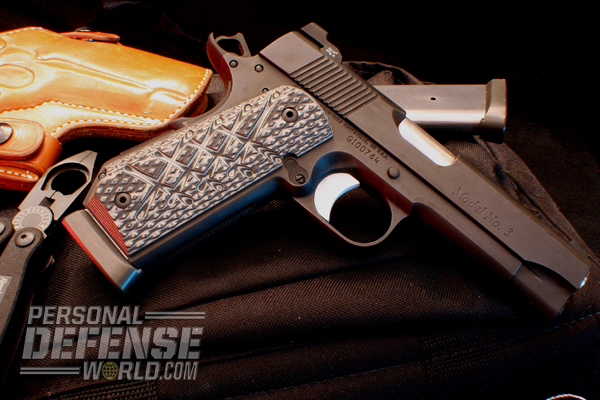 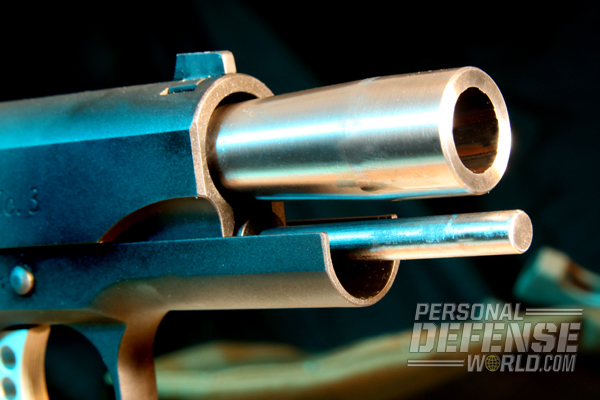 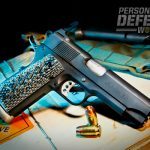 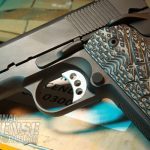 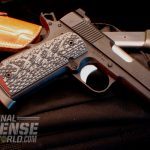 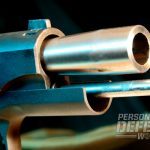 In the upcoming GUN ANNUAL 2015, author Matt Berger runs and guns with the Guncrafter Industries Model 3 1911 built for the .50 GI chambering.

Berger writes, “When Alex Zimmerman brought his newest model, the Guncrafter Industries Model 3, to market, I knew I wanted to write about it, as I’ve tested two of his pistols in the past. Frankly, this was also what I had been waiting for, as, years ago, I had basically abandoned the full-length 1911s I’d formerly preferred in favor of the Commander-length guns (or any of the models in the 4-inch-barreled range). I find their balance more to my liking, and they’re quicker out of the holster, faster on target and more easily concealed. And truth be told, the only place you’re going to realize the added accuracy from a full-length gun is from a benched, slow-fire test, if at all, or on a chronograph.

“To fully disclose my proclivities, in my personal meeting with Zimmerman, coupled with having tested two of his pistols, I found the man to be impressive and interesting, and I could see the superiority of his pistolsmithing. When I say interesting, what I mean is that Alex is a native of Denmark and, as a young man, he developed a strong interest in competitive shooting. Over the next 10 years, he began traveling to the U.S. to shoot in matches, such as the Steel Challenge, Second Chance, American Handgunner World Shoot-Off, and others; he has won the National IDPA Stock Revolver Championships seven times consecutively. Out of necessity, he began doing his own custom pistolsmithing and started his own firearms business, supporting himself as he endeavored to complete his B.A. in mechanical engineering. During one of his sojourns to the U.S., he met Bill Wilson, who offered him a job. He spent the next eight years as the director of research and development at Wilson Combat, and he interacted with some of the best pistolsmiths in the country.” 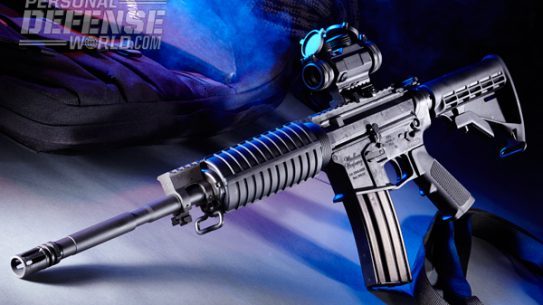 Windham Weaponry ARs are built for every mission—from hunting to personal and home defense!