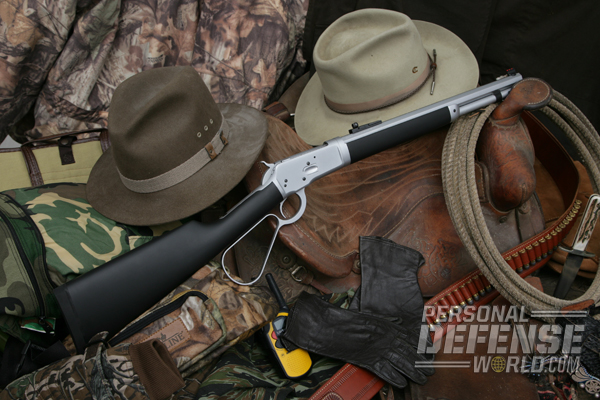 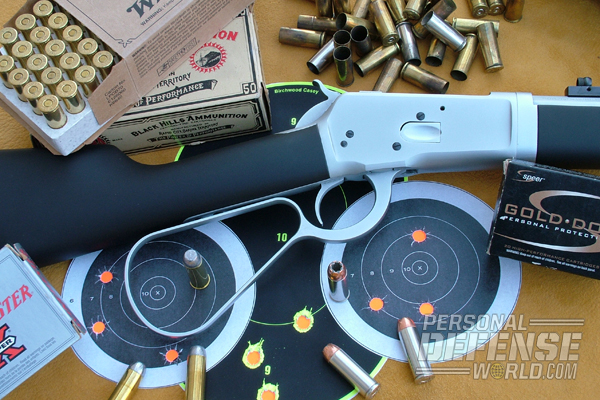 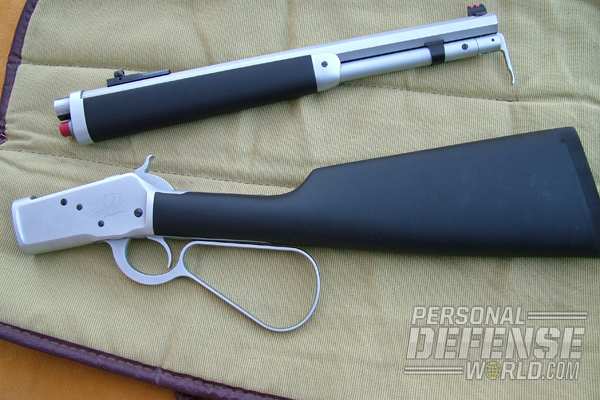 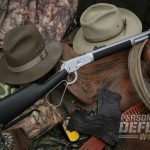 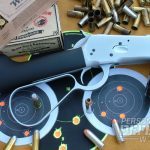 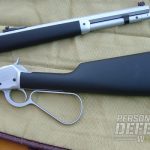 In the upcoming GUN ANNUAL 2015, author Todd Lofgren tests and evaluates the Taylor’s & Company 1892 Alaskan rifle in .45 Colt. Lofgren writes, “Released exclusively by Taylor’s & Co. of Winchester, Virginia, in late 2012, the Alaskan is a modernized version of the Model 1892 made by Chiappa Firearms in Italy. It features not only the handiness and compactness of a short-barreled carbine, but the portability and storability of a takedown long gun as well. But that’s not all.

“Let’s start with its barrel. The Alaskan is offered in two lengths: a 20-inch-barreled version (a standard length for the 1892 carbine) and one with a much handier 16-inch tube. My test gun wore the shorter barrel. It is octagonal in profile, measuring 0.31 inches across each flat, and tapers slightly from the receiver to the muzzle. The stoutness of this short tube provides just the right amount of weight out front for easy, well-balanced handling.

“Initially offered chambered either in .45 Colt, .44 Mag or .357 Mag, the .45 Colt chambering is slated to be discontinued when existing supplies are exhausted, with future guns offered only in the latter two magnum calibers after that. My test Alaskan was a .45 Colt, of which I’m told less than 200 were imported. The full-length magazine on my short-barreled loaner was reported to hold seven rounds of ammunition in reserve, but this example easily accommodated eight rounds in its tube, making it a nine- shooter with one up its spout. The longer 20-inch-barreled versions of the Alaskan are designed to carry 10 extra cartridges in their magazines regardless of chambering.

“In keeping with its intended role as a rough-country hunting, backpacking and survival weapon, the majority of the Alaskan’s metal surfaces have been hard- chrome plated for rust resistance and durability. Only a few screws, its magazine hanger, its sights and a few internal parts remain unplated, and these darkened parts contrast nicely with the rest of the Alaskan’s gray, satiny exterior. Proper metal preparation prior to finishing was evident on all of the Alaskan’s surfaces, with all flats flat, all screw holes round and all other proper contours present and absent of milling or machining marks.” 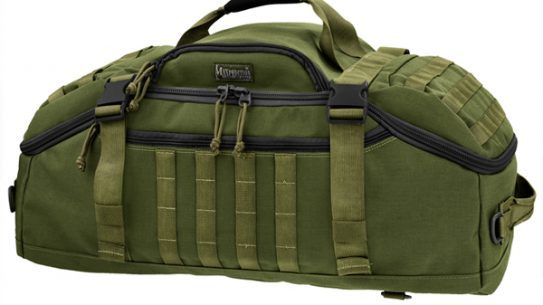 The Doppelduffel Adventure Bag by Maxpedition is a unique travel bag which can be...