While larger chains like Chipotle, Starbucks, Sonic and Chili’s continue to ask patrons not to bring firearms onto their property, a growing number of smaller, independent restaurants are welcoming gun owners.

According to the Wall Street Journal, the most high-profile example of this can be seen at the Shiloh Brew & Chew in Maryville, Tennessee, which posted a “guns are welcome” sign that went viral online and experienced a spike in business as a result. The All Around Pizza and Deli in Virginia Beach, Virginia, is currently offering special discounts for armed patrons. The Cajun Experience in Leesburg, Virginia hosts “Second Amendment Wednesdays,” and Shooters Grill in Rifle, Colorado has armed waitresses.

“I believe in the right to bear arms, and as a small business owner, who am I to take it away?” said Sharma Floyd, the owner of Shiloh Brew & Chew.

As the WSJ reports, a majority of states allow concealed or open carry of handguns, but private businesses can decide if they want to allow firearms on their property. Last year, Starbucks announced it would ask its patrons not to bring firearms into its more than 12,000 cafes in the United States. In May of this year, Sonic, Chipotle and Chili’s followed suit.

Some say these actions are excessive.

“Gun-owners are largely polite, tend to their own business, and are responsible with their firearms,” said Dave Workman, communications director for the Citizens Committee for the Right to Keep and Bear Arms.

“Most that come in are responsible and have their guns holstered,” said Jay Laze, owner of All Around Pizza and Deli, which offers discounts to patrons who practice open carry or had concealed carry permits. “It was good for business, and I’ve hopefully educated some folks on the Second Amendment and the right to carry.” 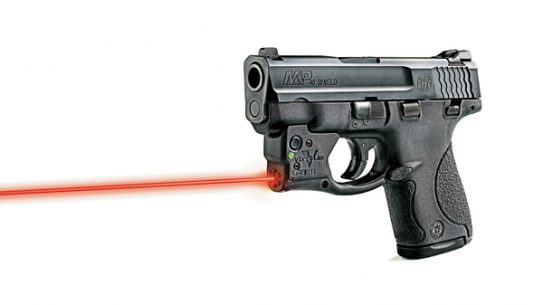 The Viridian Reactor R5 series is designed for pocket pistols and comes with a...