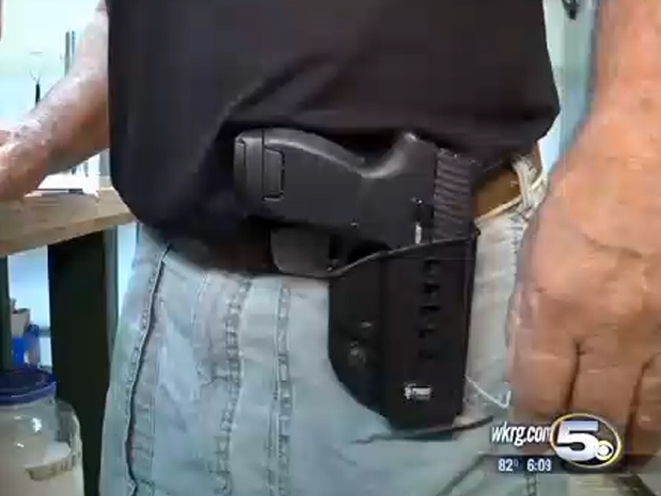 A restaurant owner in Alabama is one of several local small business owners who openly carry firearms inside their establishments.

According to AL.com, Doug Stewart is the owner of the GRITS-N-GRAVY restaurant located in Elberta, southeast Baldwin County. He spends five hours a day at the restaurant helping to serve customers.

While he’s there, Stewart openly carries a loaded Sig Sauer 9mm handgun. He also keeps a 12-gauge shotgun in plain view by the cash register and drive-through window. The shotgun rests on a chair with the barrel up against the wall.

Stewart began keeping weapons at the restaurant after a robbery which took place on Dec. 31, 2012, AL.com said. Soon after the robbery, Stewart brought his handgun to work and kept it hidden behind the counter.

However, after seeing a story about the Shooters Grill restaurant in Rifle, Colorado, where co-owner Lauren Boebert and the waitresses openly carry firearms, Stewart was inspired to follow suit.

As AL.com reports, Alabama is an open-carry state, which gives Stewart the right to carry his Sig Sauer in plain view.

“Men have fought and died for that right,” Stewart said. “Your rights are kind of like your muscle. If you don’t exercise them, you’ll lose them. So I decided at that point and time I was going to exercise my right to carry one.” 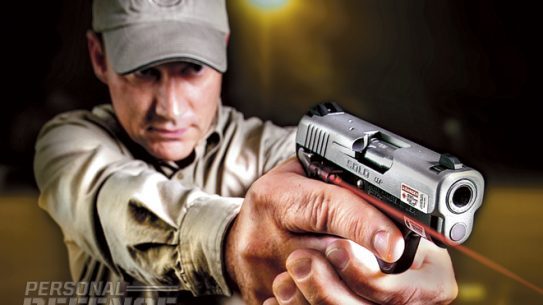 Equip your CCW pistol with a cutting-edge laser for razor-sharp precision!