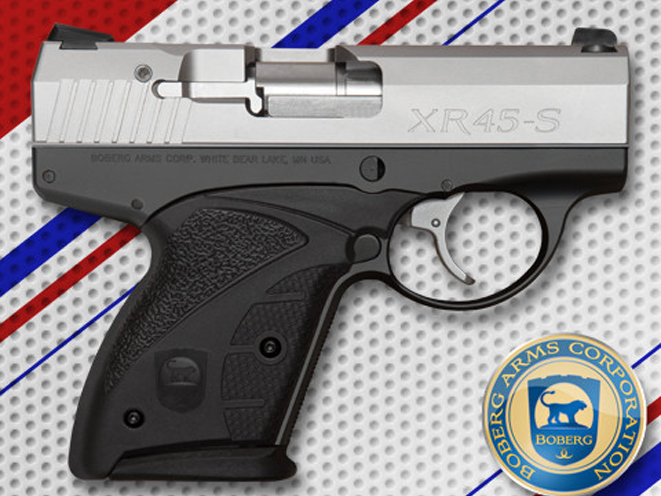 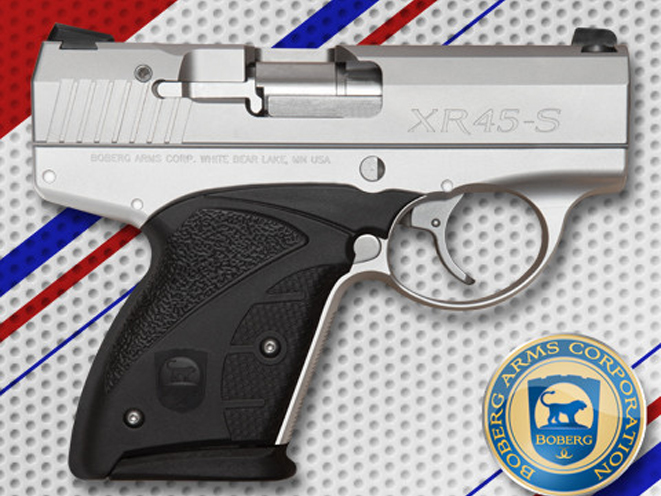 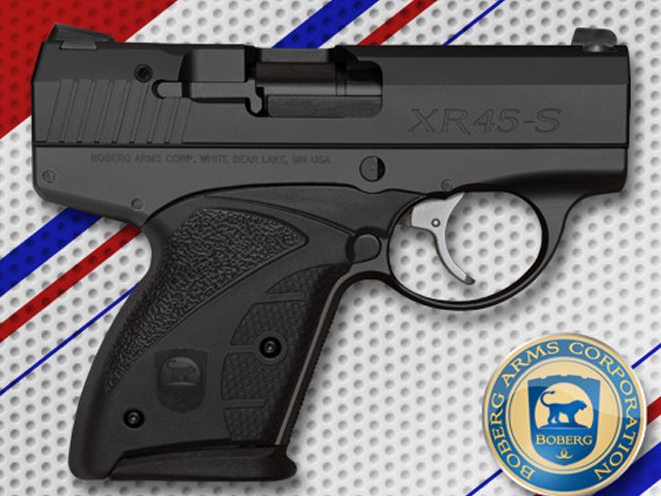 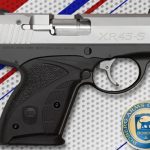 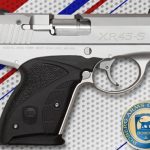 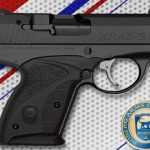 Watch the video of Adler’s gun test below!

When armsmaker and inventor Arne Boberg developed the innovative Boberg XR Series of 9mm semi-autos, he always wanted to take it one step further and make the same gun in .45 ACP. This idea became a reality with the double-action-only XR45-S.

In the world of Arne Boberg, the rules of how semi-autos function has been altered, and it starts with how ammunition is loaded. Traditionally, rounds are loaded into a magazine front to rear, with the bullet nose at a slight upward angle. Boberg turned this all around. His semi-autos use a reverse-feeding magazine that loads rounds from the back, nose down, and a slide that extracts them from the magazine by pulling a round out the back, moving the cartridge to a lifter where it is gripped by dual extractors in the slide and pushed directly into the barrel breech. Envision a robotic arm picking up an object from a shelf and then placing it on the shelf above. That’s more or less what is happening inside the Boberg as a round is removed from the magazine and loaded into the chamber.

This design eliminates the need for a barrel feed ramp, and that one change allows a longer barrel length in the same size slide and frame as a gun with a shorter barrel. With the XR45-S, the gun’s 3.75-inch barrel takes up the same space as a 3.3-inch barrel in a similarly sized .45 auto pistol.

The Boberg also does away with the Browning short-recoil system. The Boberg operates on an entirely different principle and uses a rotating barrel. When the Boberg is fired, the barrel moves back in unison with the slide about 0.125 inches and then begins to rotate, 23 degrees counter-clockwise, before unlocking from the slide, which then continues its reward travel. The barrel remains parallel to the slide, rather than tilting down as in traditional short-recoil designs. The primary advantage here is a reduction in recoil and a longer locking delay for higher velocity (+P) ammunition. This aspect of the design achieves Boberg’s goal of making a smaller semi-auto while retaining a longer barrel and reducing felt recoil.

The other internal innovation is that the Boberg’s rear-feeding magazine sits under the barrel breech, rather than behind it as in other semi-autos. By placing the rounds beneath the barrel breech, the frame and slide can be shortened proportionately.

To understand everything that has gone into the Boberg’s design, Dennis Adler has taken a look back at the forward-thinking XR45-S and the innovative features that make it work. Look for a full review of the gun in an upcoming issue of COMBAT HANDGUNS. 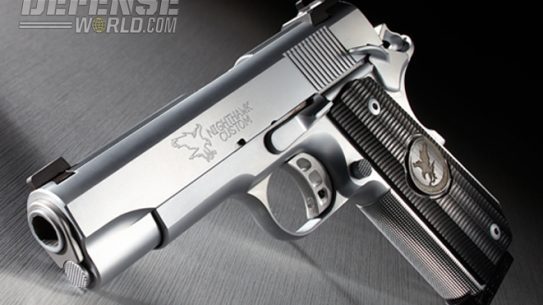 Nighthawk Custom has streamlined its big-bore Talon II pistol in .45 ACP for truly...