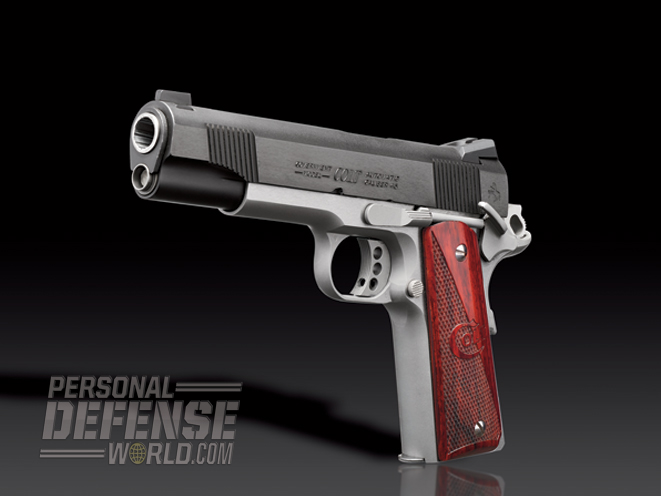 “It is almost impossible to count the number of manufacturers that produce 1911 platform pistols. However, if given the choice, the purist, along with a majority of enthusiasts, would choose a Colt.”
(Photo by Richard King)
Comment(s)

The popularity of the Model 1911 seems to have no ceiling. Over 100 years since its introduction, it is almost impossible to count the number of manufacturers that produce 1911 pistols. However, if given the choice, the purist, along with a majority of enthusiasts, would choose a Colt.

During a recent conversation with my friend Bill Laughridge of Cylinder & Slide, the subject of Colt came up. Bill was a consultant to Colt for several years and understands its history and corporate culture. In a recent conversation we had, Bill said that the last several Colt 1911 pistols he had seen were exceptional and, to quote him, “are the best pistols Colt has made in years!” That recommendation led me to request a new Colt Combat Elite for review.

When I picked up the Colt Combat Elite, it was packaged in a lockable, plastic hard case. The Combat Elite is a two-tone pistol with a blued slide and a stainless steel frame. This retro look is reminiscent of Armand Swenson’s guns of the late 1970s.

My initial examination was very positive. The slide-to-frame fit was good and the barrel lock-up was solid but without the hard “clunk.” There was no discernable play between the muzzle and the bushing or at the breach face. The pistol was void of any rough machine marks throughout.

The Combat Elite features forward cocking serrations, Novak three-dot sights and a factory beavertail grip safety. The frontstrap has a ball cut at the base of the triggerguard to allow a higher purchase on the pistol. The standard plastic mainspring housing is serrated and the magazine well is partially beveled. Upon further examination, I found that the radiused edges stop before the rear wall of the well. An extended thumb safety, a ring hammer and a three-hole, match-type trigger round out the operating controls. The grips feature a diagonal checkering pattern with the Colt logo in the center. Two polished stainless, eight-round magazines come standard with the Combat Elite.

I was anxious to hit the range with the new Colt and see just how well it performed. The best news to report is that the Combat Elite was 100-percent reliable with a variety of loads. We ran 100+ rounds of ball ammo along with a mix of duty/self-defense loads with zero malfunctions. The three-dot Novaks presented the customary sight picture, and the Combat Elite shot point of aim (POA)/point of impact (POI) at 25 yards.

For formal testing, I selected ASYM Precision’s 185-grain TSX load, PNW’s TacOps 185-grain SCP and Hornady’s Critical Duty 220-grain +P load. Each of these loads has a distinct bullet profile that I wanted to test in the Combat Elite. Velocity testing took place at 10 feet using a Pro Chrono from Brownells. Normally, factory 185-grain loads are loaded hotter for better performance. The ASYM and PNW loads utilize a solid copper bullet that is designed to expand at more moderate velocities. The ASYM averaged 843 feet per second (fps) while the PNW TacOps averaged 989 fps. The Hornady Critical duty features a 220-grain Flex Tip bullet that eliminates clogging and ensures adequate penetration and expansion. Hornady describes the Critical Duty load as an “intelligent bullet that reacts differently depending on the barrier it encounters.” The Critical Duty load averaged 1,015 fps from the 5-inch barrel of the Combat Elite. This was slightly faster than the factory velocity of 975 fps.

Testing a gun for accuracy is one of those challenges that can turn a review into work! However, the Combat Elite made the job manageable and produced some impressive groups. I shot all three test loads off-hand from 25-yards. The results do not include called flyers. I managed to get a 2.16-inch group from the ASYM load and a 1.29-inch group from the PNW. The hotter Hornady load produced a 1.93-inch group that I was very pleased with. Throughout the entire evaluation, the Combat Elite proved 100-percent reliable, as did Colt’s stainless eight-round magazines.

Carrying a full-size 1911 requires some thought and the proper setup. One of my favorite concealment holsters is the Galco V-Hawk. The V-Hawk is an inside-the-waistband (IWB) holster that is constructed from nearly indestructible steer hide and precisely molded for each specific model. A reinforced mouth allows for safe and easy one-hand holstering. The belt attachments are spaced fore and aft of the holster on wings, making the V-Hawk very stable and comfortable. Available with leather belt loops or tuckable injection-molded hooks, the V-Hawk, when combined with a solid Galco dress belt, provides maximum support for an otherwise large pistol.

From a personal perspective, the trailing edge of the Combat Elite’s thumb safety might better serve the operator if it were beveled. And as with other current production Colts, the slide and frame of the Combat Elite sport sharp edges that I’d like to have radiuses.

Some other things I might consider include: recessing the barrel crown, adding checkering on the frontstrap, and a metal/checkered mainspring housing. However, one must remember that this is a factory production-line pistol that retails for a little over $1,100. All things considered, the Combat Elite has a lot going for it straight out of the box. First, it is a Colt from Hartford, Connecticut. Second, it has good fit and finish with very functional sights and controls. Finally, it is a very attractive finish. The matte stainless frame tends to accent the polished bluing of the slide.

If you are in the market for a solid 1911 and want the “real deal,” I suggest you take a look at the Colt Combat Elite and the other models that Hartford is producing. I don’t think that you will be disappointed. 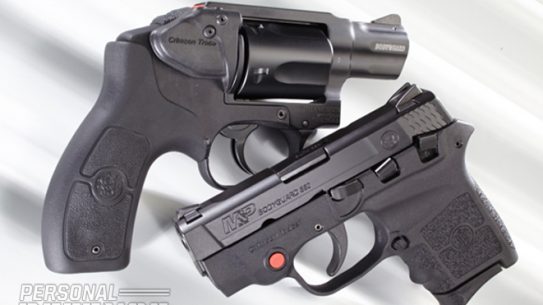