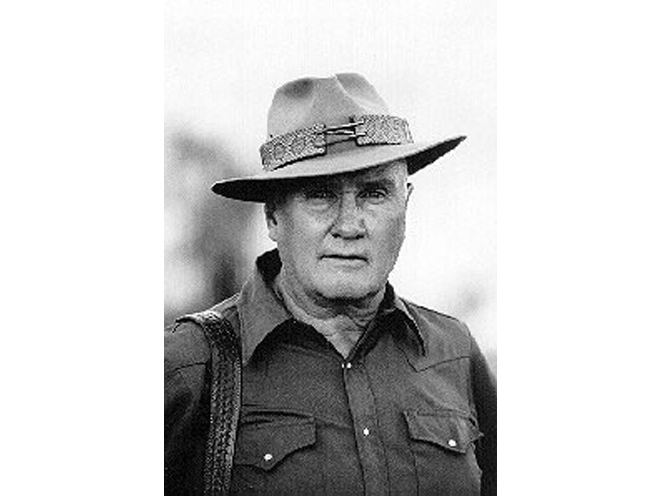 * We note that on the Eastern Watershed there is a tendency to refer to shooters as “gunnies.” We would like to point out that the term “gunnie” implies the rank of Gunnery Sergeant, Marine Corps, which is a very high and holy position. We are all shooters, but few of us can aspire to the title of “gunnie.”

* While he was here, Bill Ruger told us that the need for miniature cartridges was caused by the need for fully automatic fire. If one follows the philosophy of S.L.A. Marshall, who came up with the conclusion that soldiers neither can nor wish to shoot accurately, one can see his point, but we are increasingly aware that the great feats of personal weaponry (on the ground) have been performed with full-sized, bolt-action rifles.

* “Fear” is not a good word to use. Fear is a word to lose by. Our wartime President told us that the only thing we had to fear was fear itself, and this is still true. If liberty and light lose the struggle for the world, it will be because we succumbed to the fear of evil rather than to its power. Individually, we do not bear arms because we are afraid. We bear arms as a declaration of capacity. An armed man can cope—either in the city or in the wilderness—and because he is armed he is not afraid. This is the root of hoplophobia. The hoplophobe fears and, yes hates us because we are not afraid. We are overwhelmingly “other” than he, and in a way that emphasizes his affliction.

“We refuse to consider ‘weapon’ a bad word. We believe that among God’s greatest gifts are good books, fast cars….great wines and fine weapons.”

* There is not much room for compromise here. We cannot expect reason to carry weight, but we can meet propaganda with propaganda, and our task is easier because our position is demonstrably the right one. And most people are not complete fools.

* We have been chided—more than once—for referring to our weapons as “weapons.” It seems that in the weasely manner of the times we must euphemize, even at the risk of accurate speech, in order not to hurt the feelings of the wimp culture. In the first place, we cannot tell our weapons from our “sporting firearms,” except in the most obvious examples. In the second, we refuse to be bullied by semanticists who would “exert tyranny over the mind of man,” to use Thomas Jefferson’s phrase. We hereby call upon all good Family Members to stand firm against these modern thought-control police of the Left. Say what you mean and mean what you say! As to that, we refuse to consider “weapon” a bad word. We were raised to believe that among God’s greatest gifts to man are the contemplation of good books, fast cars, beautiful women, real music, great wines and fine weapons.

* “If one is to retain his respect for either sausages or laws, he should avoid watching them being made.” –Bismarck

* We dislike calling a magazine a clip, and we are vexed by those who refer to shell fragments as “shrapnel.” Henry Shrapnel was a British officer who wound up as a general. During his career he invented a particular kind of artillery projectile that encased a large number of round steel balls in a matrix within a canister. This shell was ruptured by a time fuze as it approached its target, spraying the ground below with a giant shotgun charge. It was not high explosive, and it did not have any penetrative quality. Its principle use was against troops in the open. It was phased out before World War II. Now then, a shrapnel ball is perfectly round and may be anywhere from the size of a pea to that of a marble. Shell splinters or bomb fragments are shards of steel—we used to call them “trash” in WWII, and they are not shrapnel in any sense whatever. The trouble with all these foregoing terms is that the misused word has a real meaning which is not the one intended by the abuser.

* It seems to us that the proper federal agency to concern itself with personal weaponry in this country is not the Bureau of Alcohol, Tobacco and Firearms (for heaven’s sake!), but rather the regularly constituted Director of Civilian Marksmanship. Civilian marksmanship is an activity which may properly be directed from Washington, and we have an assigned director, but we have never enjoyed being lumped in with alcohol and tobacco by the Treasury Department.

* Unlike England the United States has a written constitution. Wouldn’t it be nice if people [took] the time to read it?

Note: The intellectual property of Jeff Cooper is owned by Gunsite Academy and reprinted from Gargantuan Gunsite Gossip 3 with their permission. Jeff Cooper’s Books are available from the ProShop (928-636-4565) and jeffcooperbooks.com 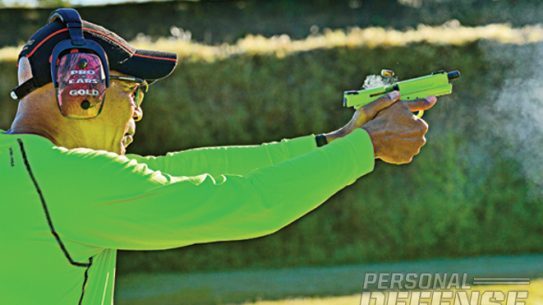