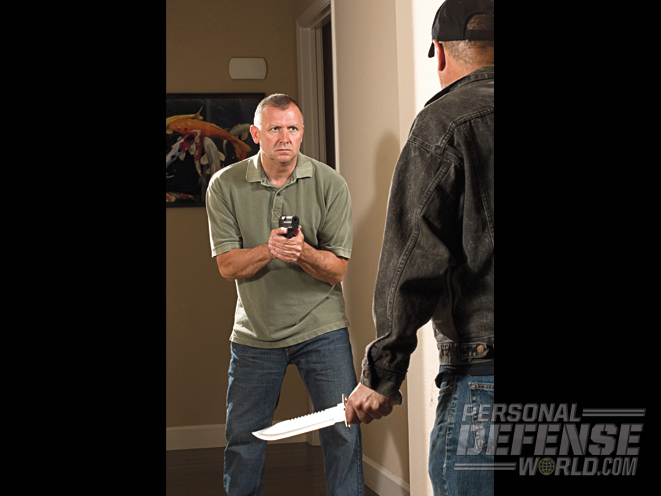 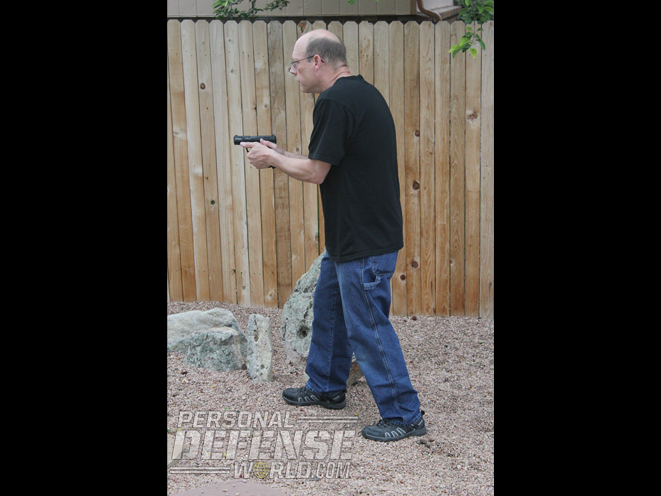 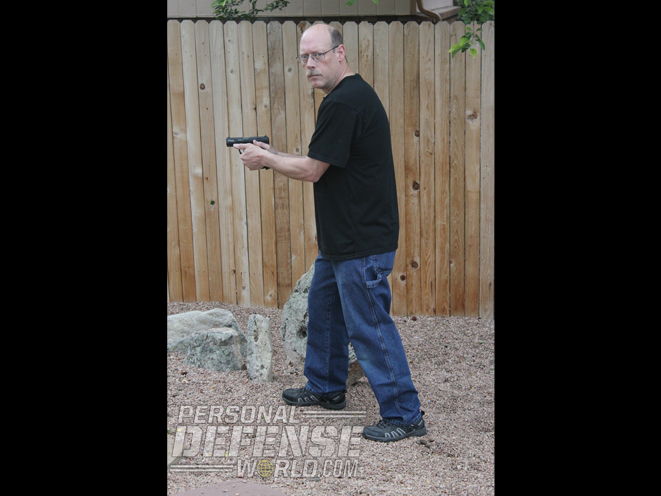 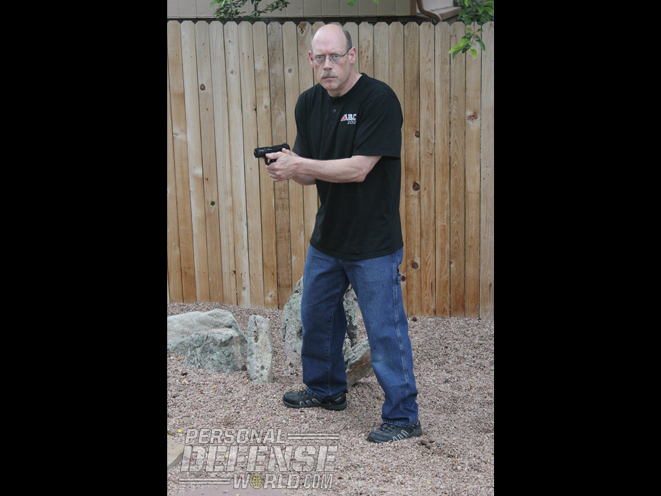 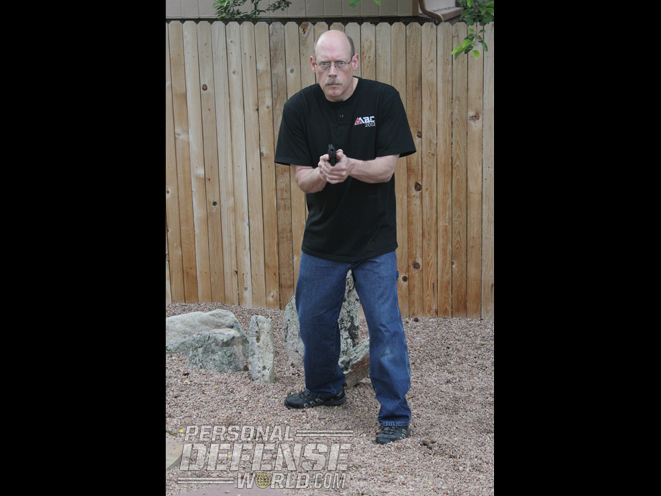 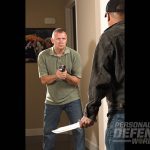 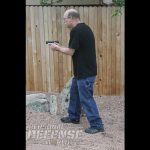 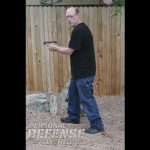 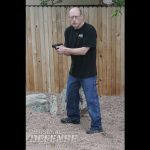 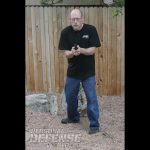 If you’re a serious student of combat pistolcraft, you are familiar with the name Jim Cirillo. A former firearms instructor for the New York Police Department (NYPD) and the Federal Law Enforcement Training Center (FLETC), Cirillo is best known for his service as a member of the NYPD’s acclaimed Stakeout Unit (SOU).

Created after an epidemic of hyper-violent armed robberies in New York City, the SOU specialized in staking out businesses that were likely targets. If criminals attempted a robbery, the SOU members would immediately challenge them. Although some incidents ended peacefully, many did not, and SOU members became some of the most experienced gunfighters in NYPD history.

Fueled by his hard-won experience on the SOU, Cirillo developed many unique shooting methods—one of the most profound of which was his Geometric Point.

Cirillo typically shot from a modified Weaver stance that he adapted to fit his powerful physique . As a search position, however, he felt the Weaver tended to block the shooter’s field of view. The traditional solution to this problem was the Low Ready, which increases the shooter’s field of view, but unfortunately lowers his hands to a ready position, not a functional shooting position.

After considerable thought and experimentation, Cirillo developed the Geometric Point. Rather than leaving his arms extended and hinging them at the shoulder, he retracted his elbows to his ribs, essentially creating a shortened version of the Isosceles stance. This greatly increased his field of vision and kept the gun oriented toward the threat. By keeping his forearms parallel to the ground and the bore line of the gun on his centerline, his gun was positioned directly in the center of his chest but still visible at the bottom of his cone of vision. Best of all, with his elbows anchored tightly to his sides, wherever he turned the gun also turned, effectively transforming his upper body into a gun turret.

The key advantage of the Geometric Point is that it’s consistent with the body’s instinctive reactions to life-threatening stress. Among these is the instinct to “square up” with the threat to make the best use of bilateral resources—both eyes, both ears and all four limbs. Since this happens naturally, it’s easier to “learn” than shooting techniques that are mechanically inconsistent with instinct.

Closely related to Cirillo’s Geometric Point stance is his “Nose Point.” In simple terms, if you detect a threat visually, you will naturally turn your head to look at it. Again, our bilateral vision means that you will look equally with both eyes, effectively pointing your nose directly at the target. To engage it with the Geometric Point, you simply pivot your upper body until your shoulders are squared with the target and your gun is in the lower part of your cone of vision beyond the tip of your nose.

To get a feel for the mechanics of the Geometric and Nose Point methods, start with a blue gun. Grip it with a solid, two-handed grip and brace your elbows snugly against your rib cage. Your elbows should be directly below your shoulders so the gun is about 12 inches from your chest. Do not pull your elbows back too far or try to make the Geometric Point stance the same as a “High Compressed Ready.” The two are different—and for good reason.

Next, pick a visual reference point a few feet away and naturally square your shoulders to it. Then, pick another reference point a few feet to the left or right of your first target. Turn your head naturally to look at it, and then turn your shoulders to square up with it. Throughout the process, maintain your focus on the target, and keep your forearms parallel to the floor so that the gun is naturally aligned in front of the center of your chest. Experiment with a variety of stances and foot positions. As you practice, you’ll find that as long as you’re well balanced, the exact position of your feet is irrelevant with this technique.

Building on this foundation, you can then move up to airsoft or air-gun practice and ultimately to live fire on an appropriate range. Remember that this technique is intended for close ranges—no more than 10 to15 feet—so keep your practice relevant and your distances realistic. As long as the gun is centered in front of your chest and you and your target are on the same horizontal plane, you’ll easily get well-centered, chest-level hits.

Developed by an experienced modern-day gunfighter, the Geometric Point is a worthwhile addition to everyone’s shooting skillset. In addition to providing a combat-functional alternative to the Low Ready stance, it teaches and validates the core concepts of practical point shooting. Give it a try. You’ll be glad that you did. 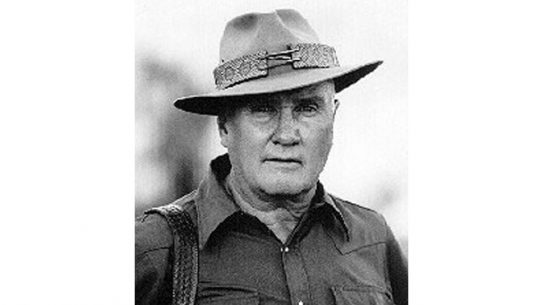