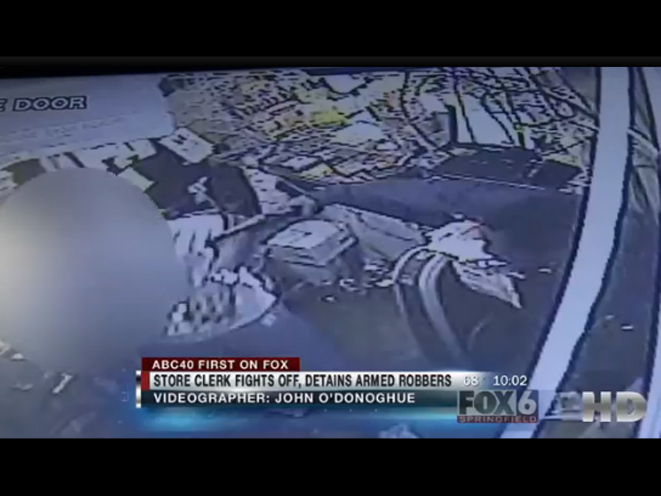 A would-be robber with a fake gun was stopped by a Massachusetts store owner with a real gun.
(Photo by WGGB/ABC)
Comment(s)

A Massachusetts convenience store owner used his legally-owned firearm to stop a would-be robber with a fake gun.

According to WJHL, Springfield police were called at about 10:20 p.m. to the store located at 108 Walnut St. after 20-year-old Fernell Pelzer entered and began threatening the owner with what appeared to be a real firearm, but was actually fake.

Pelzer tried to pistol whip the owner and the two engaged in a physical confrontation. The owner gained the upper hand after he managed to pull out his real and registered gun.

As WJHL reports, Pelzer attempted to flee the store once he saw the owner’s gun, but “the store owner called 911 and held the robber inside the store at gunpoint until the cavalry arrived,” said Springfield police Sgt. John Delaney.

Pelzer has been charged with armed robbery and assault and battery with a dangerous weapon. He is due to be arraigned in Springfield District Court on Thursday, WJHL said. 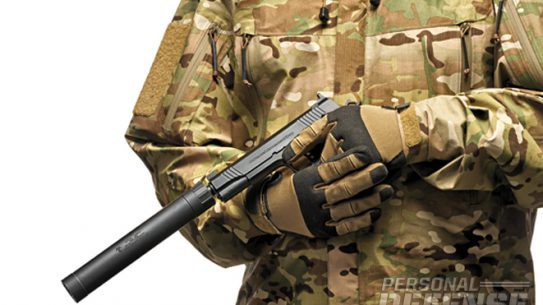