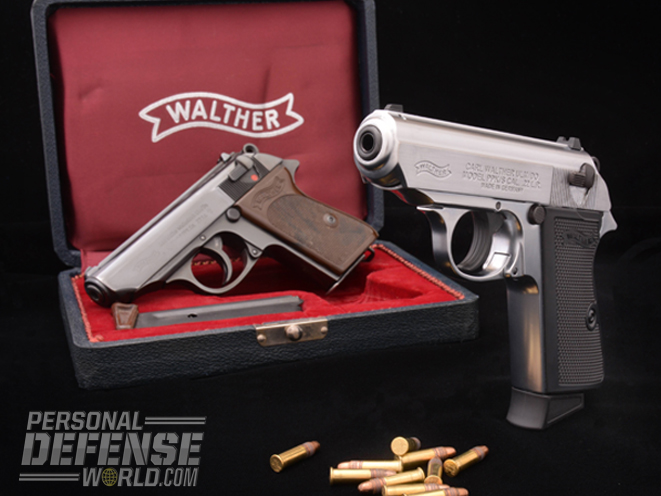 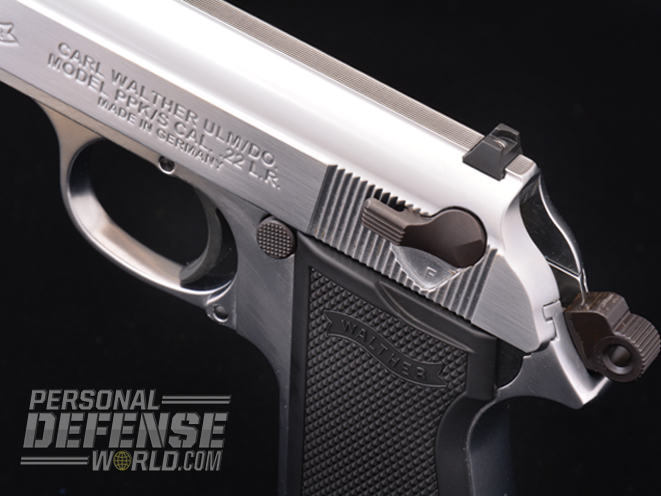 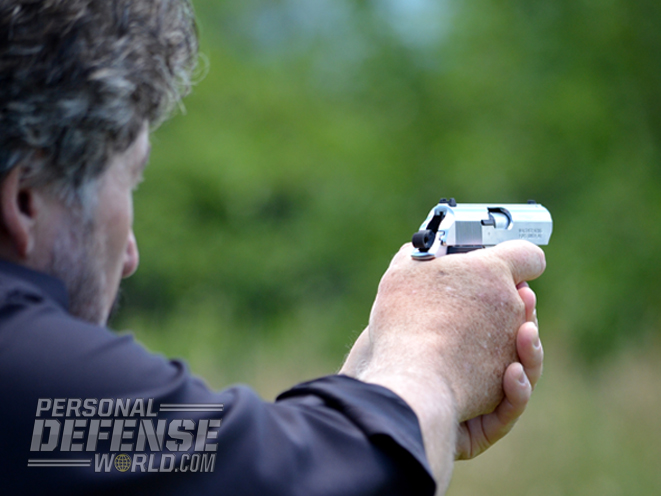 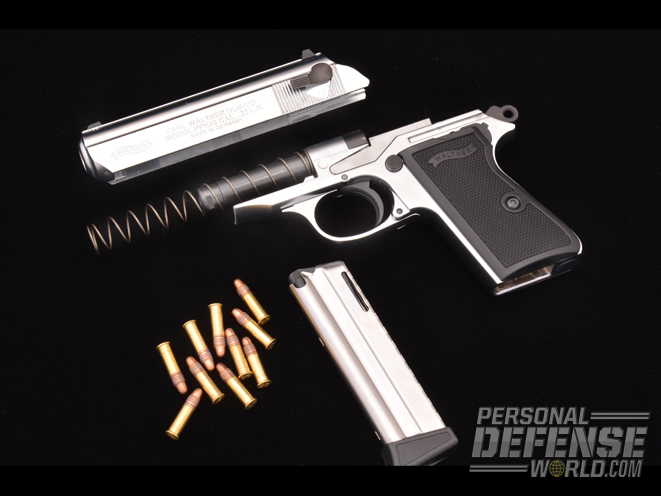 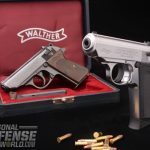 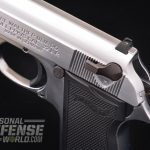 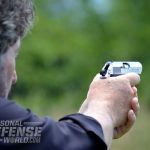 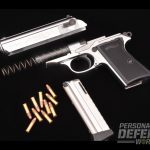 In the upcoming 2015 issue of HANDGUN BUYER’S GUIDE, author Dennis Adler tests out the new Walther PPK/S in .22 LR, a rimfire variant of James Bond’s classic gun. Adler writes, “Walther’s original .22 pistols were manufactured up until 1945, but the war years curtailed their production because .32 and .380 ACP models were issued to German military officers as sidearms. (There is an entire class of collectors specializing in WWII-era Walther PPK pistols that have specific proof marks showing they were issued to German police, political officials and others during the war. Most were chambered in .32 ACP.) Additionally, due to the gun’s decade-long production prior to WWII, the PP and PPK were equally popular with the French Resistance and others who found the compact Walthers provided adequate firepower and easy concealment.

“After the war, Walther had to rebuild itself, and by 1950 was on the way to getting back into worldwide production, with the PP and PPK topping the list in .32 ACP, .380 ACP and .22 LR chamberings. Featuring a fixed barrel and a low bore axis, the guns used a simple blowback action and innovative (for a semi-auto in 1930) double- action/single-action (DA/SA) trigger design.

“The now-popular PPK/S model was added in the late 1960s to circumvent the Gun Control Act of 1968, which denied importation of the PPK into the U.S. based on its failure to meet certain requirements of length, weight and other ‘sporting’ features, despite the fact that it was chambered for the .22 LR and smaller pistols were already being manufactured in the U.S. Walther addressed this by combining the frame of the PP model with the shorter PPK barrel and slide to create a semi-auto that weighed slightly more than the PPK and was just a fraction larger. The changes between the PPK and PPK/S were sufficient to provide the necessary import points. In the end, it was truly an exercise in futility, since U.S. law allowed domestic production (as opposed to importation) of the PPK, and manufacture began under license in the U.S. a decade later through Interarms in Alexandria, Virginia. These models (PPK and PPK/S) were stamped ‘Under License of Carl Walther Waffenfabrik Ulm/Do’ on the left side of the slide and ‘Interarms Alexandria, Virginia’ on the right.”

To learn more, check out the 2015 issue of HANDGUN BUYER’S GUIDE, available on newsstands and digitally October 7, 2014. To purchase, visit https://www.personaldefenseworld.com 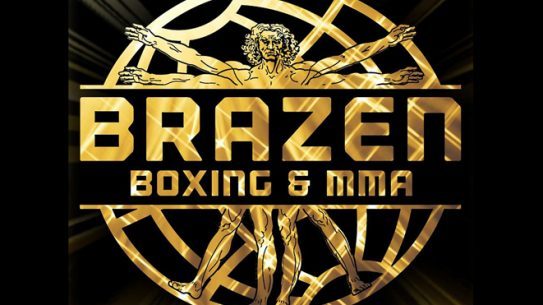 Brazen Boxing and MMA teaches the basics of self-defense and Jiu Jitsu.