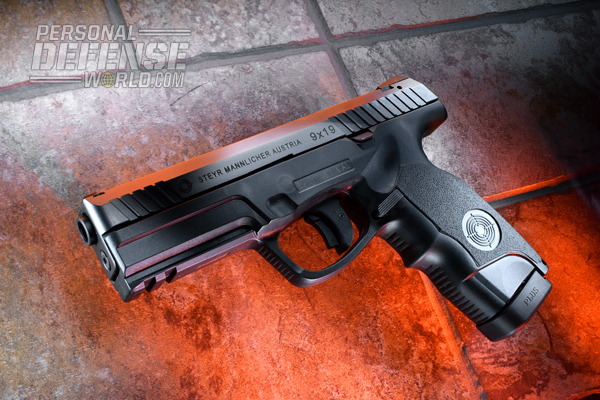 For a handgun test for the December 2014 issue of COMBAT HANDGUNS, author David Bahde selected Steyr Arms’ new polymer-framed L9-A1. While skeptical at first about the striker-fired 9mm’s abilities, Bahde became convinced of the gun’s abilities for everyday carry after testing it on the range.

“The L9-A1 is Steyr’s version of a full-sized service pistol. Using a 4.5-inch barrel puts it in line with many other duty pistols in terms of size and ballistics,” said Bahde in his review. “It provides what many see as the optimal platform for both duty use and competition. It maintains the low bore axis, contoured grip and grip angle of the M-A1 pistol. Magazine capacity remains at 17 rounds (12 in .40 S&W).”

After examining the pistol’s design, Bahde moved to the firing line, where he was quickly impressed by the L9-A1’s trigger and minimal recoil.

“The trigger was very predictable as far as striker-fired pistols go. Take-up was less than most and lacked the ‘crunch’ found in other triggers. It broke cleanly at just a tad over 5.5 pounds, and overtravel was minimal. I’ve never been a fan of trigger-mounted drop safeties, but this one was less annoying than most. Its placement meant that after a couple boxes of ammunition it went all but unnoticed. Rather than pivoting or breaking the trigger in half, it moves straight back, making it very smooth and almost unnoticeable.”

Bahde continued, “Running through several competition-type drills, the L9-A1 was quite fast. Doubles were as fast as any stock trigger designed for self-defense gets. Moving from target to target, it was precise, and after some time the sighting system proved excellent.” 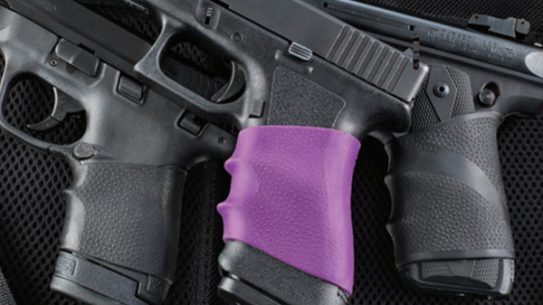