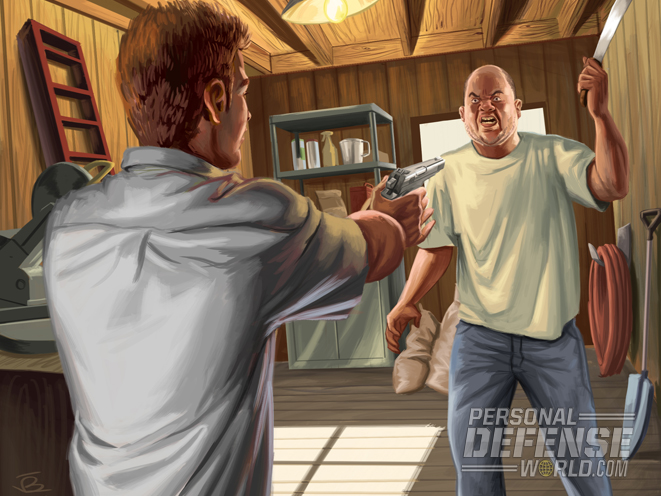 The “It Happened To Me” column for the December 2014 issue of COMBAT HANDGUNS featured several stories of life-or-death self-defense, including two stories where homeowners happened upon burglaries in progress on their properties.

The first account featured a farm who, after hearing strange noises from his shed, confronted a machete-wielding criminal intent on making his escape.

“As I opened the shed door, I noticed a man standing at the opposite end. I entered and yelled, ‘Hey, what are you doing in here?’ He turned and looked really surprised, and I could see that he was ransacking the place. I told him he needed to get out and leave, but at that moment he grabbed a machete that was next to him and moved toward me,” said the author. “Fearing for my life, I pulled out my pistol and said, ‘One more step and you die!’ The intruder kept moving at me, and in the blink of an eye I fired.”

Another “IHTM” story recounted the experience of a security professional who, upon returning home, interrupted a dangerous burglar.

“With my gun drawn, I went to the front door and pushed on it. The door was locked, so I pulled out my keys and unlocked the door. I then entered my house and started to look around. I began to walk around the ground floor and came upon a guy burglarizing my house. He looked at me, and we both realized I was blocking his way out. He reached under his shirt with his hand and I saw the flash of what appeared to be a gun,” said the author. “I pointed my Glock at him and fired. I really wasn’t sure how many shots I fired after I pulled the trigger, but the next thing I knew I was at my neighbor’s house pounding on the door.” 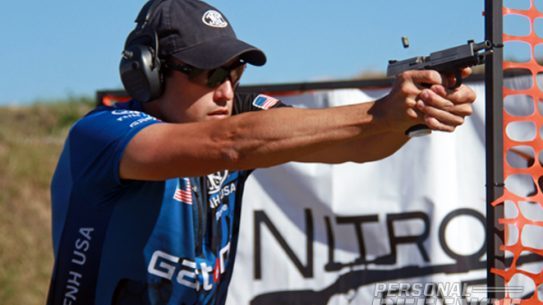