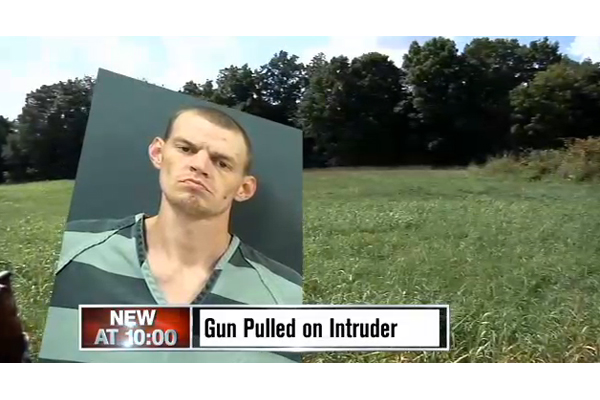 A Portland, Tennessee homeowner used his personal firearm to stop an intruder on his property.

According to WKRN, the 52-year-old grandfather had just come home his job as a truck driver last Wednesday morning when he noticed that some items were missing from his house. Upon this discovery, the homeowner decided to carry his pistol as he walked the property.

At that point, the homeowner noticed a man — identified as 27-year-old Richard Watkins — in a nearby field.

“Some wild man comes out of the weeds towards me at the house. He comes walking over toward me I could tell he was messed up,” said the homeowner.

That’s when the homeowner sprung into action.

“I don’t know really what to think and I don’t know really why he thought he had to talk to me but he had a pair of gloves of mine on,” he said. “I pulled my gun out and put it to his forehead and told him to sit down and called 911 and I’m thinking I don’t want to shoot this guy.”

As WKRN reports, the homeowner held Watkins at gunpoint until police arrived, who found a pellet gun with a silencer in some weeds nearby.

Watkins — who is believed to be responsible for a number of other local crimes — has been arrested and charged with five counts of aggravated burglary and theft. 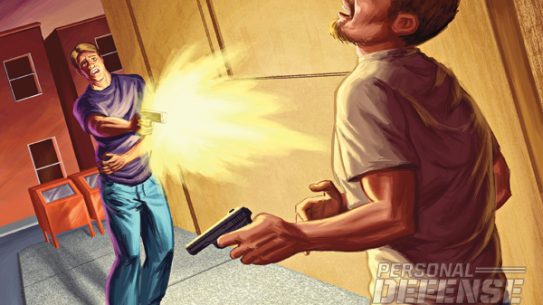 It Happened to Me: Armed Gang, Psycho Robber, Carjacker

Three compelling 'It Happened to Me!' stories from our readers: Poolhall Shootout, Store Clerk's...