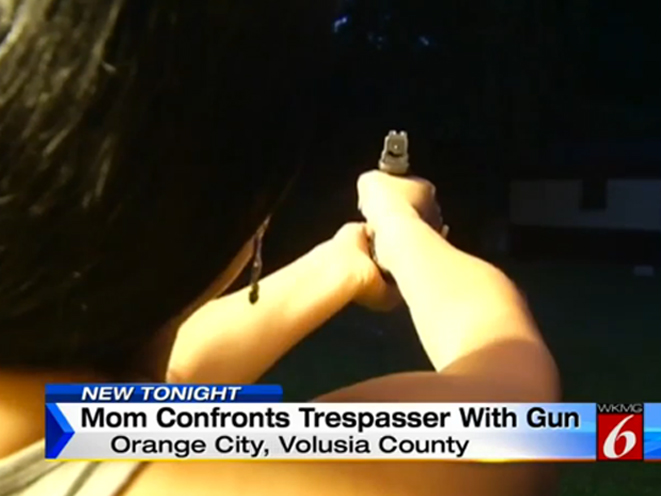 A Florida mother used her home defense firearm to stop a dangerous intruder.

According to WKMG, Lizette Rosario was sleeping at her Orange City home on Thursday morning at 4:30 a.m. when she was awakened by her son telling her somebody was attempting to break into the house through the back door.

She quickly grabbed her 9mm handgun — which she purchased five years ago — and headed outside to confront the suspect.

“I woke up frantic. The first thing I thought of was to grab my gun, defend my home, defend my child, and that’s exactly what I went out there to do,” Rosario said.

As WKMG reports, the suspect — later identified as Robert Williamson — ran and hid behind the shed in the backyard upon seeing Rosario and realizing she was armed.

She called the police for help and kept the firearm trained on the shed, instructing Williamson to come out with his hands up.

When police arrived, Williamson was arrested and charged with trespassing.

According to WKMG, Williamson has a long rap sheet with previous arrests for grand theft, burglary and petty theft since 2011.

Rosario told WKMG she is installing a security system at her home as a result of the incident.

“I will protect my home and my kids under any circumstances,” she said. 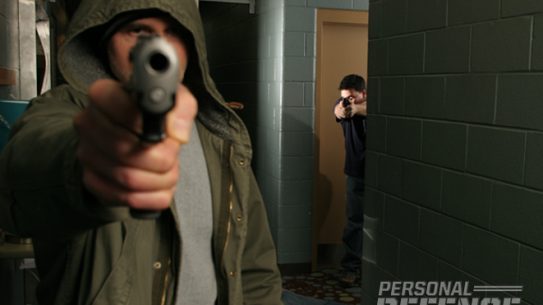 How to Survive a School Shooting

A rundown of three tips and tactics for surviving an active shooter event at...