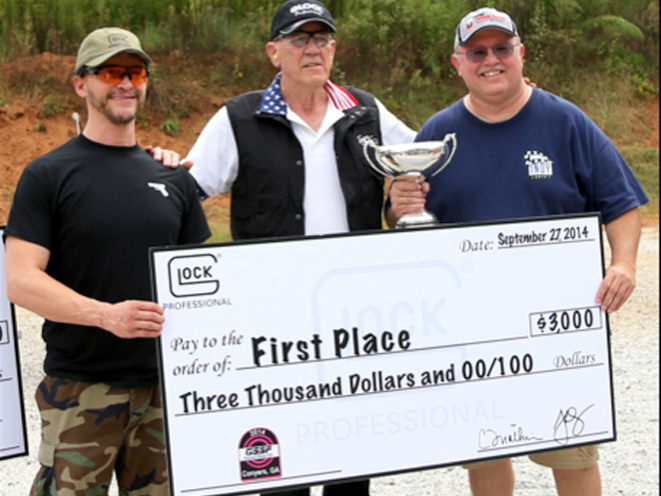 The following press release was issued by Glock

The weekend-long match held outside Conyers, GA at the South River Gun Club exceeded participation expectations. The level of attendance reaching 1,350 people, making it the most highly attended GSSF event in its 21 year run.

R. Lee Ermey, the “Gunny” presided over his namesake match and was assisted by this year’s celebrity guest shooter, Film & TV star Clifton Collins, Jr. who is most known for his roles in the films Pacific Rim, Star Trek, and Capote, which he was nominated for a Screen Actors Guild Award.

This years Celebrity Shoot-Off event resulted in a win for Collins, Jr. over theGunny. “I grew up around guns and we were educated on firearms safety issues from the start,” commented Collins, Jr., “The event brought a good mixture of police officers, former military personnel, and lots of families and kids. I had an amazing time.”

The “MatchMeister Man-on-Man Shoot Off,” open only to previous GSSF overall match winners, was once again, won by Butch Barton. The crowd of on-lookers cheered as Barton bested fifteen of the other GSSF match winners.

Participants shot in 22 active bays overseen by a host of volunteer Range Officers responsible for ensuring gun safety – a paramount concern for GLOCK and GSSF. “Being surrounded by both adults and teenagers with firearms reminded me that mostaccidents we hear about in the news today are due to a gross lack of safety education and lack of parental guidance on the issue,” Collins, Jr. noted, “You won’t see that here. It’s a beautiful andloving environment to be in. I can’t recommend it enough!”

GSSF has nine remaining matches for the balance of the year. For more information, visit http://www.gssfonline.com. 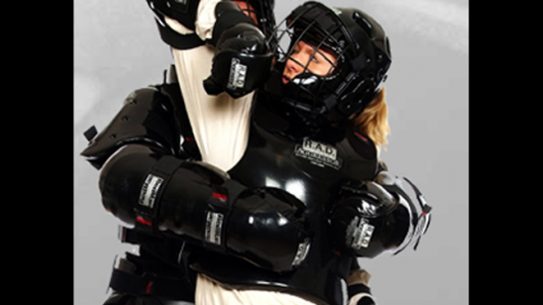 The nationally renowned Rape Aggression Defense (RAD) program will be taught on a regular...