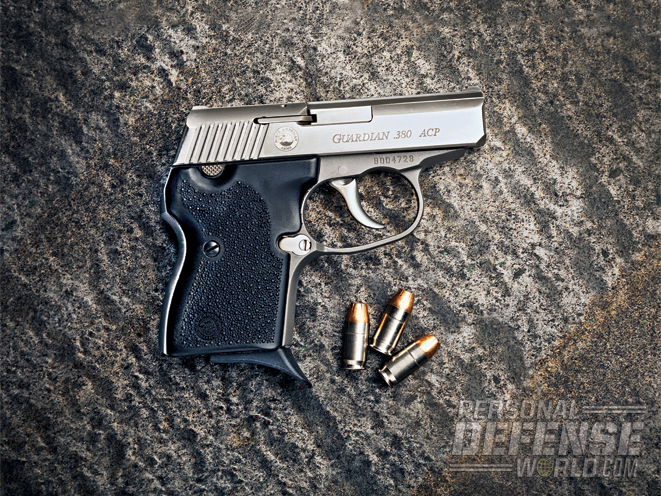 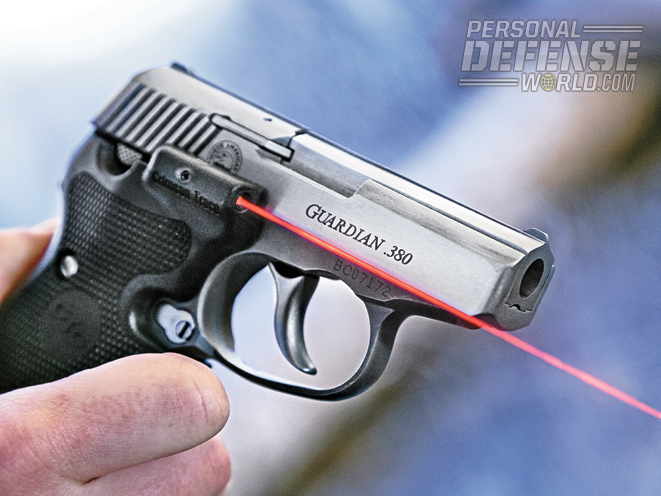 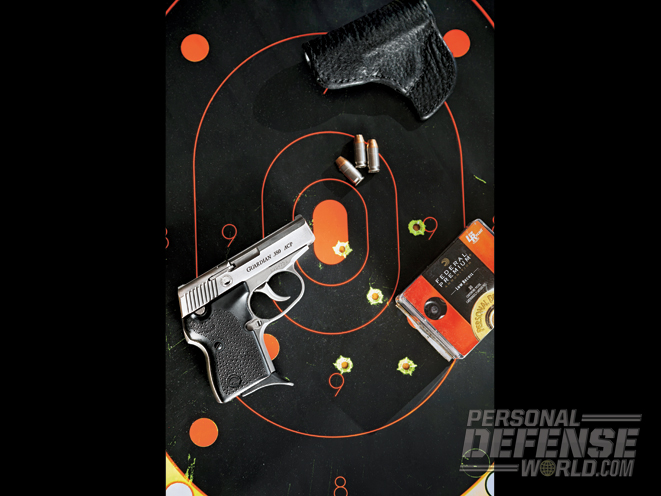 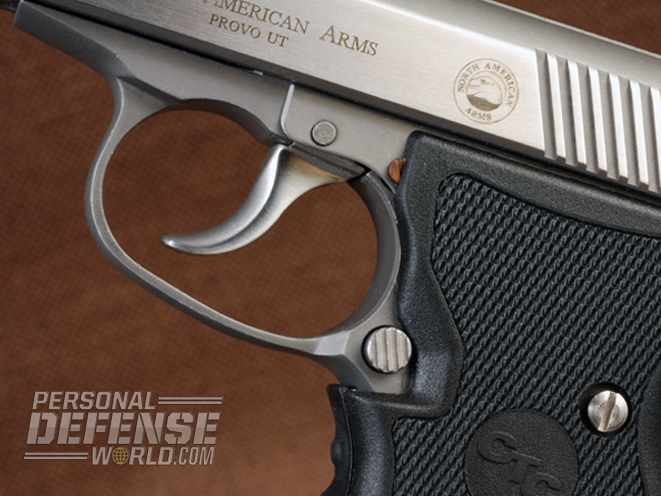 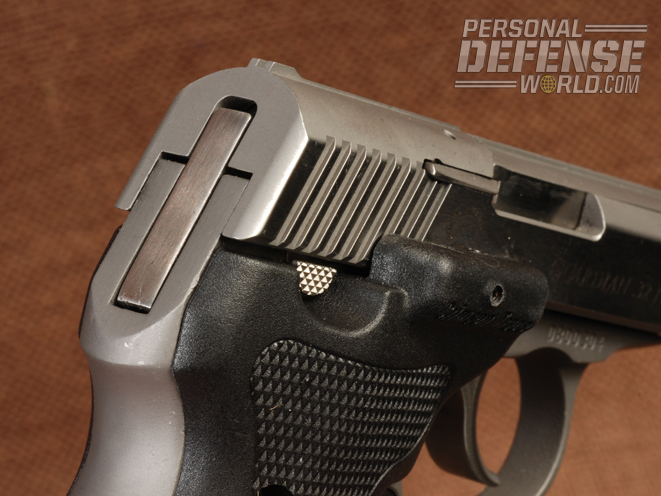 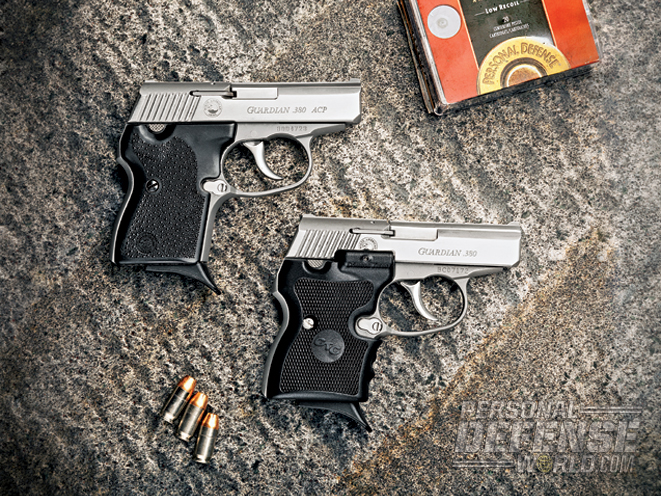 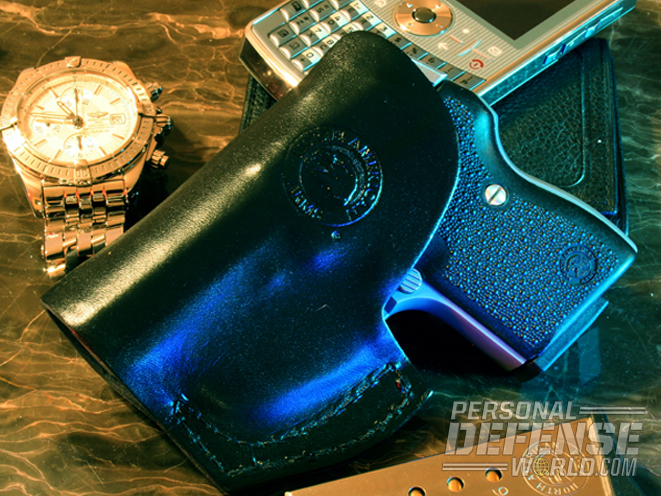 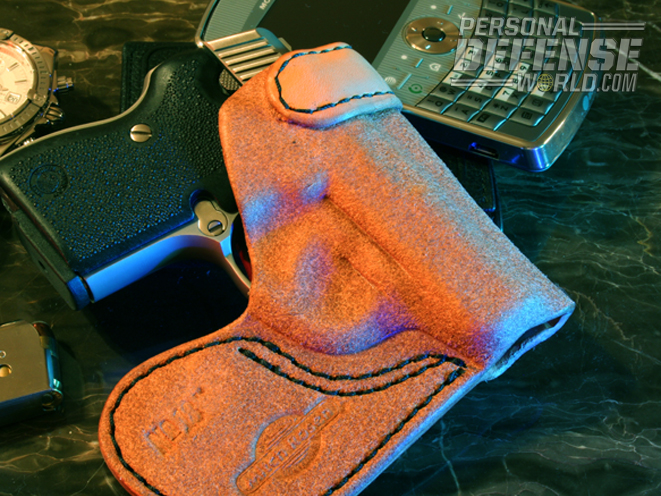 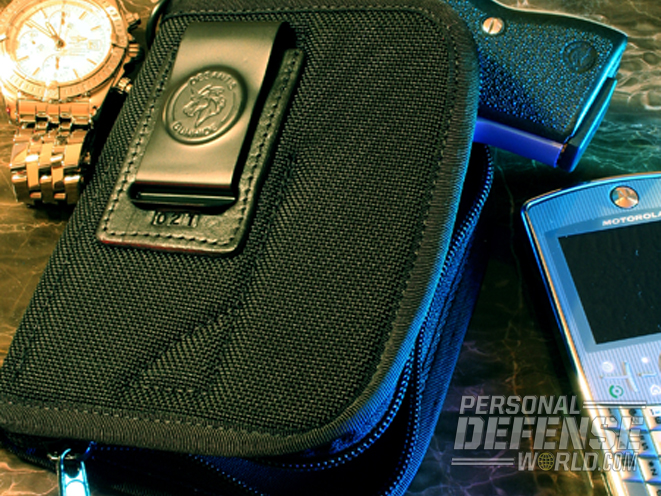 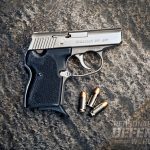 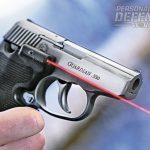 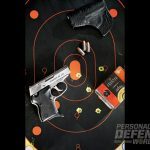 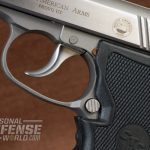 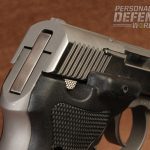 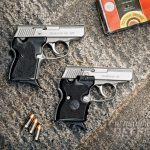 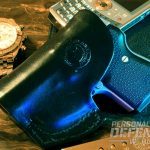 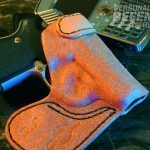 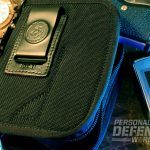 Handguns come in all different sizes, beginning with gargantuan Desert Eagle pistols and .500 Mag revolvers. These guns were not designed with concealment as a consideration. At the other end of the size scale are the .32 ACP and .380 ACP pocket pistols primarily designed for concealment. The .22 LR and .25 ACP “mouse guns” are even smaller but aren’t serious options for self-defense.

True pocket pistols fit handily inside a pants pocket, making them a great choice for hiding them out of sight. The burgeoning interest in concealed carry has made compact pistols a hot item. If you’re in law enforcement and carry a larger 9mm or .40 S&W as your regular duty gun, packing a pocket pistol in an ankle rig or somewhere else on your person is good insurance if you ever need a hideaway gun.

If a large, big-bore handgun seems like an onerous burden to lug around on an everyday basis, a good pocket pistol might fill your needs. Small .380 ACP pistols provide less punch than larger-caliber handguns do. However, the .380 ACP is no pussycat. It has long been standard issue with many European police agencies. What’s more, recent advances in .380 ACP lethality have made this round even more potent. Loads specially designed for self-defense have proliferated in the last few years, giving .380 ACP owners considerably more choice than they once enjoyed. The hottest .380 ACP still isn’t as potent as 9mm or .40 S&W rounds, but it has closed the performance gap.

The sturdiest pocket pistol on the market these days is the .380 ACP Guardian made in Provo, Utah, by North American Arms (NAA). At a solid 18.7 ounces, the North American Arms Guardian weighs twice as much as other Lilliputian pistols like the Kel-Tec P-3AT and Ruger LCP. The difference is stainless steel versus polymer construction. Polymer doesn’t weigh your pocket down, but the more substantial heft of stainless steel helps minimize recoil and makes targets easier to hit. I suspect it also contributes to the gun’s longevity. It’s a tradeoff, but the Guardian feels a lot more substantial in my hand.

Like many pocket pistols, the North American Arms Guardian fires double-action-only (DAO). There’s no manual safety—pulling the trigger (it weighs in at approximately 10 pounds—my trigger scale doesn’t measure that high) cocks the action and then releases the external hammer. Incidentally, the hammer can’t be manually cocked. It remains flush with the rear of the slide until the trigger is pulled. The spurless hammer can’t hang up when you draw the Guardian from your pocket. The gun has second-strike capability—if the gun misfires, simply pull the trigger again. This gun also has no magazine safety; if the magazine is removed and a round remains chambered, pulling the trigger will fire it.

The trigger must be pulled all the way to the rear for the gun to fire, then allowed to move fully forward to reset for the next shot. Failing to do this will short-stroke the action, preventing the next round in the magazine from entering the chamber.

Pressing the magazine-release button pops the magazine clear of the gun. However, you must shift your grip to reach the button and activate the release.

I used two different .380 Guardians for this review. The first I’ve had for several years, and I have fired it enough to smooth the trigger. Once I’d put 300 rounds through this gun, then field stripped it and gave it a good cleaning, it fed and fired with excellent reliability. I now carry this gun with confidence; it functions very reliably. In spite of its pocket-friendly size, it carries enough heft to let you know it’s there.

The “fresh out of the box” version proved balky at first. I experienced nine malfunctions in the first 100 rounds—a couple of these could be attributed to “limp wristing,” as the gun must be held very tightly to ensure reliable feeding. If you don’t hold the gun in a firm grip you’ll likely have problems. I experienced only five failures as I burned through the next 100 rounds. By this time, my trigger finger was sore enough to stop the proceedings, so I cleaned the gun and returned to the range a few days later. After another 100 rounds, the gun settled down and began to perform as expected. The trigger seemed noticeably smoother. My experience with the other Guardian tells me a 300-round break-in period is needed to smooth out the action and improve reliability enough to trust the gun for personal self-defense. I wouldn’t carry any pistol until repeated firing has broken it in.

Incidentally, the Guardian can be field stripped easily without tools. After checking to be sure the gun isn’t loaded, depress and hold the slide release button embedded in the grip panel on the right side, immediately below the serrations in the slide. Now pull the slide a half-inch rearward, then lift upward until the slide clears the frame. Allow the slide to move forward approximately 0.5 inches, and then separate it from the frame. That’s it! The recoil spring assembly can now be removed. It’s not difficult to keep this little gun clean.

My two .380 Guardians are equipped with vestigial front and rear sights, which are appropriate for these “point and shoot” belly guns. The new Guardian came complete with an optional Crimson Trace Lasergrip sight designed specifically for the gun. The sight is adjustable for both windage and elevation. Simply squeeze the grip and a bright red dot appears downrange. This makes fast aiming easier, and I recommend it. The laser sight is ideally suited for close-range encounters, particularly in low-light situations. You don’t need to aim with the small iron sights—simply dab the red dot where you want the bullet to go and squeeze the trigger. Exerting the slightest amount of pressure on the grip automatically activates the laser.

When I fired the new Guardian for accuracy, I was pleasantly surprised with the results. While recoil is definitely on the snappy side, the gun punched respectable five-shot groups when fired off-hand from 7 yards. Groups ranged from 3.8 to 5.3 inches across. The best accuracy was delivered by Hornady 90-grain XTP ammunition. Group size averaged an even 4 inches with these loads.

I’m using two holsters with these guns. The first is a black sharkskin pocket holster that prevents imprinting when the gun is carried in a pocket. I also have a leather DeSantis belt holster with thumb-break retention snap. The one-piece sharkskin holster was designed to hold your Guardian invisibly in a pocket, then release the gun when you needed it.

It took a fair amount of breaking in before I could smoothly draw the gun sans holster, but the rig eventually loosened its death grip on the Guardian. Once I was confident that I could draw the gun without the holster coming with it, I began to appreciate the holster’s practical design. It keeps the gun’s silhouette hidden whether you carry it in a hip or front pocket, and you barely know it’s there.

In addition to giving you several carry options, a pocket holster prevents wear and tear on pocket linings while offering good protection for the gun. The Guardian is an ideal choice for pocket carry.

The DeSantis belt holster I also have has its own advantages. This strong-side rig positions the gun exactly where I want it when a hurried draw is needed. Also, there are no worries that the holster will travel with the gun. The thumb-break retention strap offers comforting security, too. The gun rides high enough in this holster that it’s easily covered by a jacket or loose shirttail. I like the solid feel of wearing it on my hip.

One advantage the Guardian offers is its versatile “hideability.” It works great tucked away in a pocket, holstered on your belt (at your hip or behind your back), or worn in an ankle holster. For effective concealed carry, it doesn’t get much better than this.

This is a solid piece of shooting equipment with comfortingly steady heft. Like any small pistol firing an effective, man-stopping round, the .380 ACP North American Arms Guardian produces noticeable recoil. Once you’re accustomed to the way it slaps your hand, good close-quarters accuracy is easily attainable if you put in the necessary practice. 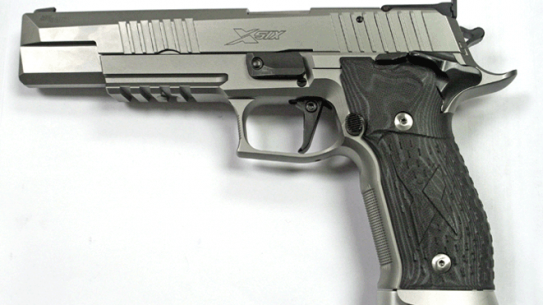