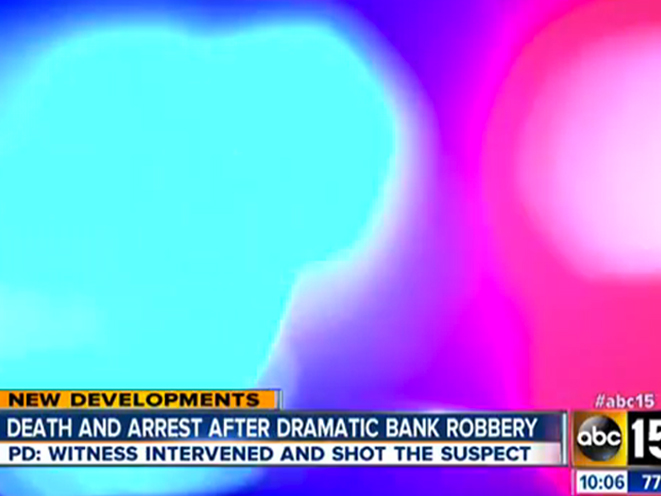 An attempted bank robbery in Phoenix was thwarted by a quick-thinking business owner who used his firearm to shoot one of the suspects.

According to ABC15, two armed suspects wearing masks entered the Desert Schools Credit Union at around 3 p.m. and attempted to rob it.

Witnesses said the business owner next door realized what was happening, grabbed his firearm and waited for the suspects to come out of the bank.

The second suspect fled the scene, stealing a vehicle at gunpoint and damaging cars as he fled, ABC15 reports. Eventually, he hit a mini-van and ran into a wall. The people in the mini-van were taken to an area hospital to be treated for minor injuries, and the suspect was arrested.

As BearingArms.com notes, police said the business owner was legally justified in drawing his firearm and is not expected to face charges stemming from the incident.

“What scares me the most is I’m just a couple doors down,” Eduardo Lopez, who works near the bank, told ABC15. “It could’ve been me.” 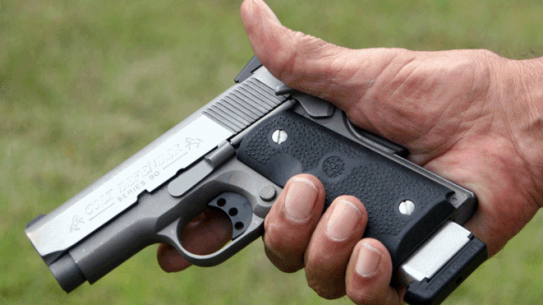 The Colt Defender .45 ACP is a reliable, microcompact 1911 that's maximized for discreet...