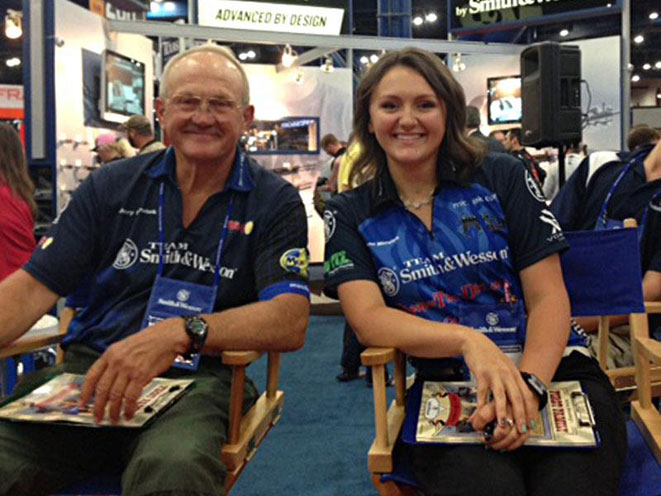 The following press release was issued by Smith & Wesson

Smith & Wesson Corp. announced today that Team Smith & Wesson members continue to prove throughout the season that its capabilities extend well beyond action-pistol and revolver competitions. Composed of some of the industry’s most recognizable and distinguished names in the shooting sports, Team Smith & Wesson has made its presence felt in multiple 3-Gun competitions across the nation. Leading the team in individual titles so far this season is rising star Lena Miculek. With 17 High Lady titles in the Tactical Optics Division, including one National Championship (USPSA Multi-Gun Nationals) and two World Championships (Rocky Mountain World 3-Gun Championship & Trijicon World Shooting Championship), Lena is on track for the most successful season of her career. Including Lena’s titles along with those of her parents, Jerry and Kay, plus fellow teammates Randi Rodger and David Olhasso, Team Smith & Wesson has claimed over 50 individual, divisional and category wins this season.

“This has been a great year for me,” said Lena Miculek. “I was lucky enough to start my shooting career with Smith & Wesson just as multi-gun competitions exploded in popularity. Being able to train and compete alongside my fellow teammates, parents and coaches, has of course been invaluable. I am honored and proud to represent Smith & Wesson, and hope to carry on the legacy established by my father and many other remarkable Smith & Wesson team members, both past and present.”

While the Miculek family is no stranger to standing in the winner’s circle, the 2014 season has been a landmark year for the entire family. With Jerry setting his sights solely on 3-Gun competitions, his wife and daughter have been along for every step of the way. Together, the Miculek family has competed in 19 3-Gun competitions so far this season. In those 19 matches, Jerry, Kay and Lena have garnered a total of 41 divisional and category wins.

Utilizing firearms from the company’s flagship line of M&P® branded firearms, Jerry has claimed nine Open Division 3-Gun titles and six High Senior awards. Kay has won nine High Lady titles all within the Open Division. With wins accumulating at the USPSA Area 6 Multi-Gun, Rocky Mountain 3-Gun, Crimson Trace Midnight 3-Gun Invitational, the Trijicon World Shooting Championship and multiple stops in between, the Miculek family continues to showcase their advanced skills against some of the toughest competition in the sport.

Helping add to Team Smith & Wesson’s dominance of 3-Gun competition were fellow teammates Randi Rodgers and David Olhasso. Rodgers, one of the newest members to join the team, earned her first 3-Gun title of the year at the 3-Gun Nation Pro Series Event #3. Competing with a Smith & Wesson M&P9 Pro pistol and an M&P15TS rifle, Rodgers went on to win the Lady Pro title, finishing second place in her division. Olhasso, who like Rodgers has already marked the 2014 competition season with multiple wins in handgun competitions, earned his first 3-Gun win at the Colt 3-Man 3-Gun Championships. Competing in the Tactical Division with his M&P9L pistol and M&P15 rifle, Olhasso’s team finished in second place out of 70 teams.

Next on the schedule for Team Smith & Wesson is the 3-Gun Nation Shoot-Off taking place Saturday, October 25. Eight female competitors have qualified for the match, with three of those coming from Team Smith & Wesson. Entering the competition, Lena Miculek is ranked as the top seeded lady with a first place finish in the 3-Gun Nation Ladies Pro Series. Kay Miculek is the second place finisher, and Randi Rodgers is fourth. The three ladies will be competing for a $25,000 cash prize. Jerry Miculek will also be competing in the Men’s 3-Gun Nation Pro Series Shoot-Off where top prize is $50,000 cash.

“While Team Smith & Wesson is perhaps best known for its accomplishments in revolver and action-pistol competitions, this year’s team members have set a blistering pace in the world of 3-Gun competitions,” said Andy Coccari, Senior Vice President of Sales and Marketing for Smith & Wesson. “By winning top honors in matches spanning the United States from Oregon to Florida, our elite shooting members have helped to truly showcase the capabilities of our products as well as the exciting, fast-paced action of 3-Gun competition. On behalf of Smith & Wesson, I congratulate each of the members on our shooting team and wish them continued success for the remainder of the season.” 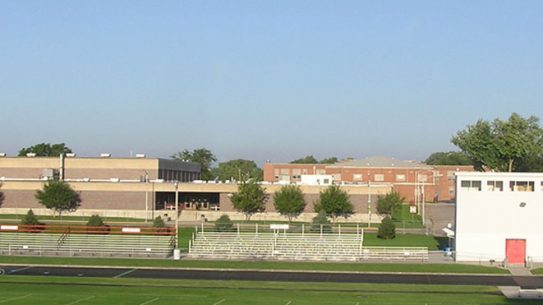 A Nebraska school district has voted to allow graduating seniors to pose with firearms...