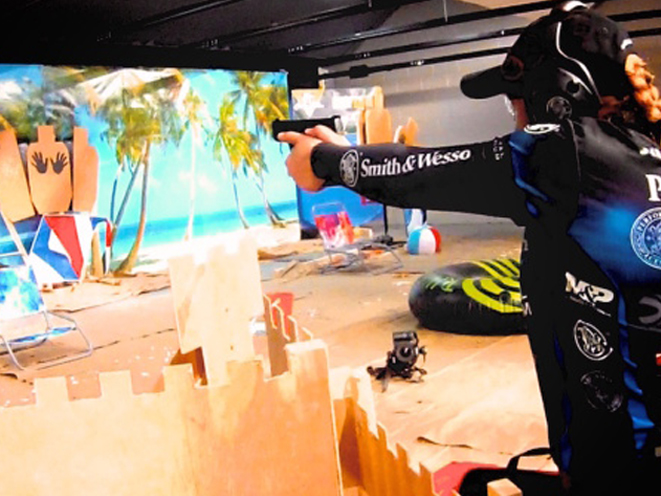 The following press release was issued by Julie Golob

Champion shooter Julie Golob closes out the 2014 competition season with another podium finish. Competing in the Smith & Wesson IDPA Back Up Gun National Championships in Springfield, MA, Golob placed second in the women’s category.

The International Defensive Pistol Association (IDPA) Back Up Gun Nationals challenges shooters with dynamic courses of fire featuring small, easy to conceal handguns. Scoring is based on the time it takes a shooter to complete a course of fire. Additional time is added to a competitor’s score for each hit outside of the down zero portion of the target. Scenarios are defensive based and attendees are challenged with shooting from behind cover, varying lighting conditions from full brightness to low and no light, and moving targets.

“Throughout the year I compete with full size Smith & Wesson 1911 pistols and the M&P, but this match is unique. It gives me the opportunity to shoot the gun I choose for concealed carry,” said Golob. “Competitions like this one help to give you an idea of what you’re capable of with the gun you use to protect yourself.”

The Captain of Smith & Wesson’s shooting team completed the 14 stage event with a total score of 186.74 seconds. She posted top three scores among the women on all the stages but one and took top lady honors on 3 stages. Golob placed 15th overall in the Stock Service Pistol Division and 2nd Place Woman behind her fellow Smith & Wesson teammate, Randi Rogers.

When asked about shooting with Rogers, Golob praised the reigning champion.

“Randi is a fierce competitor in any shooting competition, but she has really stepped up her game in IDPA over the past few years. It’s exciting to see women performing so well and shooting with Randi pushes me to be better. I am proud to be able to secure a one-two sweep for our team and close out my year with a strong finish,” Golob said.

Golob will kick off her 2015 competition season in February with another national championship hosted by Smith & Wesson, the IDPA Indoor National Championships.

About Julie Golob
Author Julie Golob is one of the most accomplished professional shooters in the world and is a member of Team Federal Premium and Team Benelli as well as serving as Captain of Smith & Wesson’s Shooting Team. She has won more than 120 championship titles in international, national and regional marksmanship competitions in seven different action-shooting disciplines. A veteran of the elite U.S. Army Marksmanship Unit, she was named both U.S. Army Female Athlete of the Year and AMU Athlete of the Year. Author of “SHOOT: Your Guide to Shooting and Competition,” Julie also offers useful shooting tips and insight on shooting sports with her blog, various outdoor television appearances and on the Gun Girl Radio Podcast. Learn more about the champion, author, veteran and outdoor television personality at JulieGolob.com, Facebook, Twitter, Youtube, Instagram and Google+. 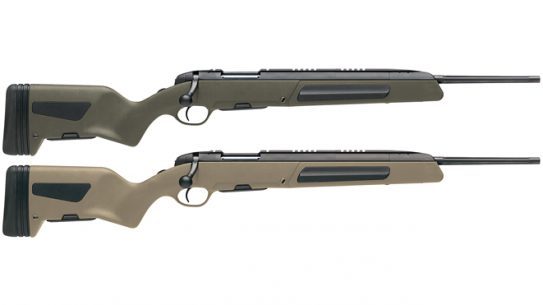 The popular line of Scout Rifles manufactured by Steyr Arms is expanding with the...