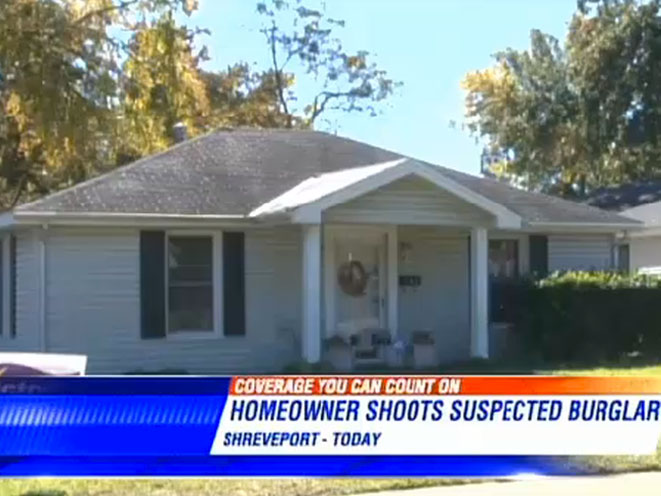 A Louisiana homeowner opened fire on an intruder inside his residence early Sunday morning.

According to KSLA, the incident occurred at around 5 a.m. in the 100 block of East Wilskinson St in Shreveport. The homeowner — identified as Gerald Yager — armed himself with a handgun after the suspect — identified as 29-year-old Daniel Smalley — repeatedly banged and kicked on the front and back doors of the home.

Eventually, Smalley managed to force his way into the residence through the back door. Fortunately, Yager was waiting for him. Police said the Shreveport homeowner “fired numerous times,” police said, shooting Smalley once in the upper body.

As KTBS reports, Smalley was transported to University Health Hospital to be treated for potentially life-threatening injuries.

Yaeger has been detained and taken to Shreveport Police headquarters for interviews with detectives. He has not been charged with any crime thus far in connection with the shooting. KSLA reports that Smalley and Yager are neighbors.

Trijicon is now offering their Bright & Tough and HD Night Sights for the...