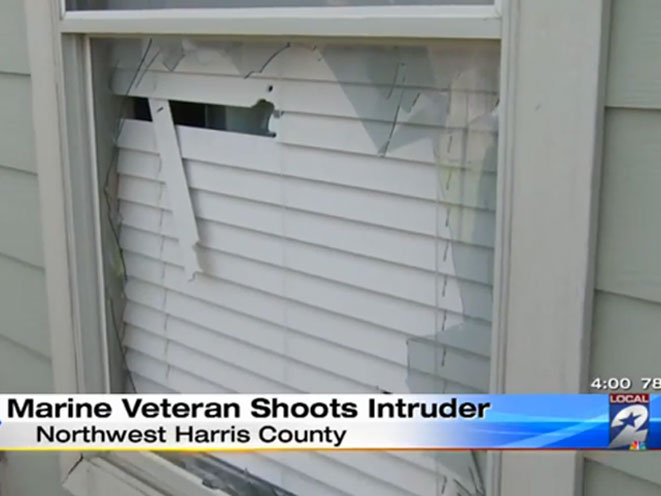 A Marine veteran in Texas used a shotgun to shoot an intruder inside his home on Monday.

According to Click2Houston, 31-year-old Dan Reynolds first discovered his west Harris County home had been broken into three weeks ago. Since when he wasn’t there at the time, the thieves made off with a bunch of valuables.

On Monday afternoon, Reynolds’ residence was once again targeted, but this time, he was home.

As Clck2Houston reports, Reynolds was alone when he heard a rock being thrown through his back bedroom window. He immediately grabbed his 12-gauge shotgun and went to investigate.

He entered the room where the noise came from and discovered a man in a hoodie climbing in through the shattered window.

Reynolds opened fire and hit the intruder in the chest.

According to KHOU, the suspect stumbled back out the window, climbed a fence and got away, leaving a trail of blood behind. Authorities believe he hopped into a car to make his escape.

Reynolds, who was also carrying a pistol in case he ran out of shotgun shells, told Click2Houston that he has no regrets about the incident.

“Some people protect their homes. If you come by and want to rob, people that’s what you get. He probably won’t come back, but if he does, we’ll handle that then,” Reynolds said. 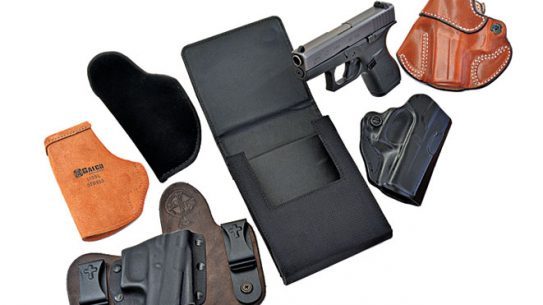