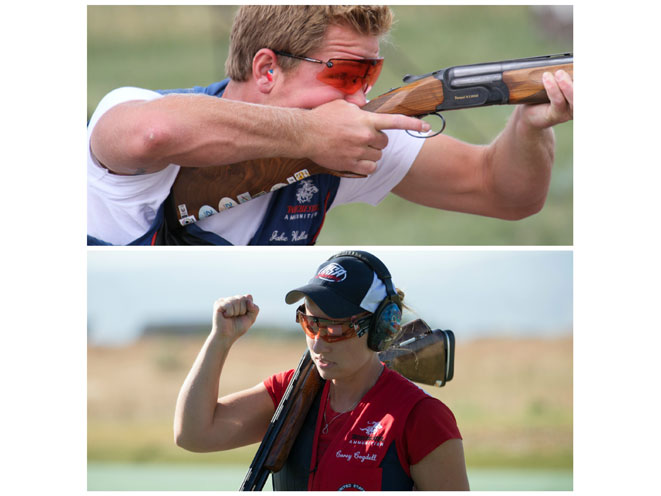 The Fall Selection Match served as the second phase of selection for the first three upcoming World Cup competitions to begin 2015 including events in Acapulco, Mexico and Al Ain, UAE in March and Laranaca Cypress in late April where the top three athletes will compete. The 2014 National Championships in August in Colorado served as part one of the rigorous selection process.

Mastering the test were two-time Olympian and 2008 Olympic bronze medalist Corey Cogdell-Unrein (Eagle River, Alaska) along with 2014 World Championship team member and recent record-breaker Jake Wallace (Castaic, California). Cogdell, who got married earlier this summer to Denver Bronco defensive tackle Mitch Unrein, outclassed the competition by 23 points by virtue of winning three of the four finals events and earning two of the four high qualification marks. Wallace, who recently shot a perfect 125 in qualifying at the Championship of the Americas to earn the highest international score of any American since Lance Bade in 1998, also put up big numbers on his way to an easy win, besting the competition by 17 points while being the only athlete in the field to make all four finals. He’d gain an additional 14 points in those finals to go along with his consistently-high qualifying marks.

The race for the other two coveted spots in each division were much more heated. Second through ninth place in the Men’s division was separated by nine total points, while two through seven in the Women’s division were within nine points as well. Earning World Cup status for 2015 were Collin Wietfeldt (Hemlock, Michigan) and Brian Burrows (Fallbrook, California) along with Kimberley Bowers (Lafayette, California) and Kayle Browning (Wooster, Arkansas). The five additional points Burrows earned today by his win in the final would be the deciding factor in edging 2014 World Team member Seth Inman (USAMU/Independence, Missouri) and Alex Dupre (Champion, Pennsylvania). Burrows defeated Dupre in the final or there would have been a three-way shoot-off to determine the third team member after his best friend Wallace defeated Inman in the bronze-medal final.

Just one (Wallace) of the six Trap team members that competed at the 2014 World Championships qualified to compete in the first three 2015 World Cups where Olympic quotas will be on the line.

Additionally, the Fall Selection Match is also serving as the first of a two-part selection process for the Pan American Games (July), the last World Cup of 2015 in Gabala, Azerbaijan (August) and the 2015 World Clay Target Championships (September).

The Fall Selection Match now moves to Skeet and Double Trap competition with the close of Trap selection. The deep freeze set to impact a good portion of the nation will take its toll on the competition as well with highs expected to drop into the 40s by Thursday, a nearly 30 degree difference from what greeted athletes Monday.

A trio of young, promising men’s skeet shooters excelled at the 2014 USA Shooting National Championships and will look to duplicate those results in order to fill 2015 World Cup spots when the dust settles in Tillar. World Team members Dustin Perry (Lovelady, Texas) and Phillip Jungman (Caldwell, Texas) along with U.S. Army Marksmanship Unit (USAMU) shooter Hayden Stewart (Columbia, Tennessee) stand atop a tight pack of strong performers anxious to get the competition started. Perry earned the national title in a shoot-off with Stewart and these two are tied with 252 points, with the Junior World Champs bronze medalist Jungman just one back. In pursuit of this trio is 2012 Olympian Frank Thompson (Alliance, Nebraska), four points behind entering Fall Selection. Will Thomas (West Des Moines, Iowa) is next at 244, followed by USAMU’s Mark Weeks (Clinton Township, Michigan) at 243. At 242 points, Dustan Taylor (Staley, North Carolina) and Zack McBee (Gilbert, Arizona) are in the hunt as well. Not to be forgotten, the reigning two-time Olympic champ, Vincent Hancock (Eatonton, Georgia) at 240.

When you have arguably the deepest lineup of world-level competitors, you can expect the results to be tight and that’s exactly what you have in the Women’s Skeet division. A division so packed with talent the reigning World Champion, Brandy Drozd (Bryan, Texas) sits in sixth position and in a battle just to earn a top-three position in order to compete in the season’s first three World Cups in 2015. All that separates second through seventh place heading into Fall Selection is nine points. National Champion Morgan Craft (Muncy Valley, Pennsylvania) ran out to a seven-point advantage courtesy of her big performance in Colorado during Nationals earlier this summer. Five-time Olympic medalist Kim Rhode (El Monte, California) and Haley Dunn (Eddyville, Iowa) are tied in second position at 246 points with Caitlin Connor (Winnfield, Louisiana) in good position trailing by one point. Amber English (Colorado Springs) sits fifth at 243. Drozd will have to rally sitting eight points back of the pack currently as will Junior World Champion Dania Vizzi (Odessa, Florida), who enters with a score of 235.

In Men’s Double Trap, it’s pretty much a five-man pursuit for three World Cup spots with four USAMU competitors and Junior World Champ silver medalist Ian Rupert (Muncy Valley, Pennsylvania). Four-time Olympian and 2008 Olympic gold medalist Glenn Eller (Houston, Texas) is in the lead at 298 followed by his USAMU counterpart and 2008 Olympic teammate Jeff Holguin (Yorba Linda, California) at 295 and Derek Haldeman (Sunbury, Ohio) at 289. Reigning World Champion and 2012 Olympian Josh Richmond (Hillsgrove, Pennsylvania) is tied with Rupert at 288. This competition features the first, second and 10th-ranked shooters in the world in Richmond, Holguin and Eller along with Rupert who won the Junior World title in 2013 and finished second this year. 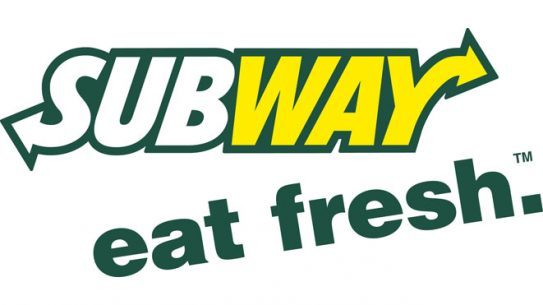 A would-be robber at a Subway restaurant in Texas was stopped by a man...