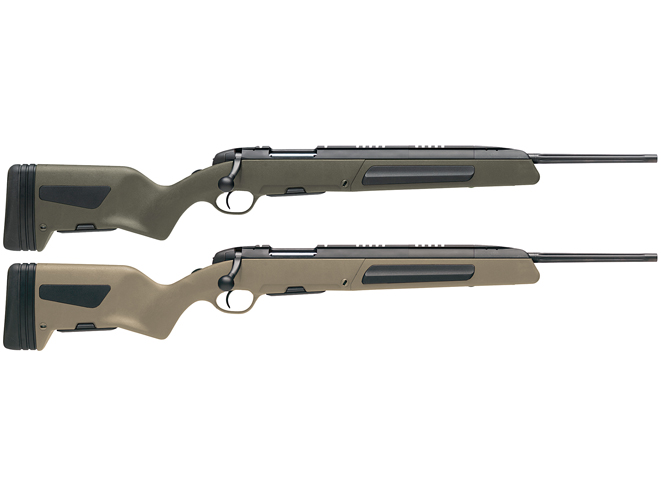 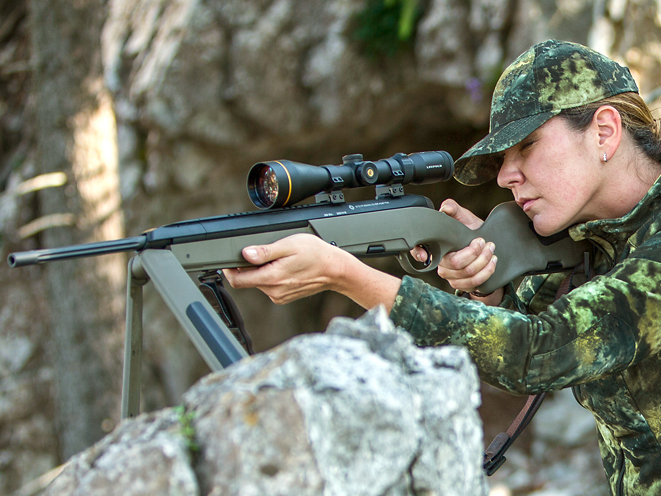 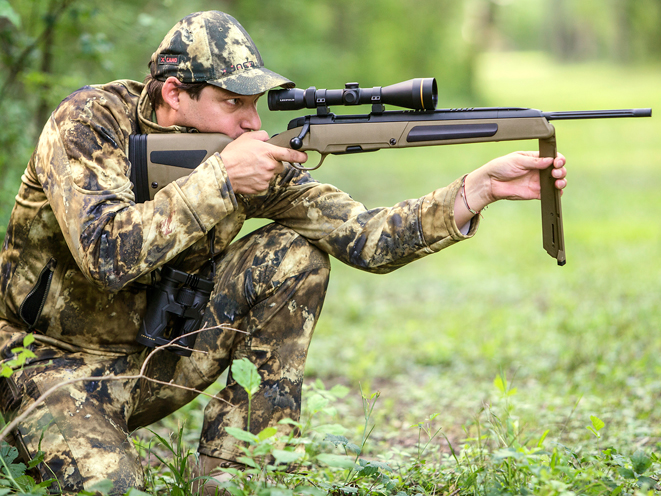 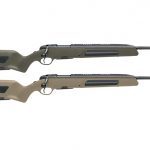 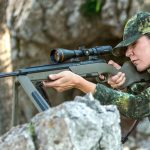 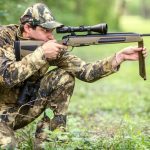 The popular line of Scout Rifles manufactured by Steyr Arms is expanding with the addition of OD Green and MUD stock variants. The Alabama-based subsidiary of Steyr Mannlicher in Austria also announced that it would reduce the MSRP of its Scout offerings.

According to the press release, the lower retail price of $1,699 for a Black, Gray, OD Green or MUD Scout Rifle in .308 Win is due to the increased popularity of the Scout and a large purchase order from the parent company in Austria. Through the end of the year, the company is offering an additional $200 in savings, making a new .308 Scout rifle just $1,499.

Steyr is bringing back an old favorite with OD Green. Indeed, it was first used over 40 years ago on the legendary SSG 69 tactical rifle. The color was reintroduced last month when Steyr unveiled the AUG A3 M1 rifle. The MUD color resembles the familiar field field dark earth color. Both colors are now available on Steyr’s Scout rifle.

The Steyr Scout was the result of a collaboration between Lt. Col. Jeff Cooper and Steyr Mannlicher. It is a lightweight, .308 bolt-action rifle which can accept a low-powered, forward-mounted scope for accurate fire and both-eyes-open operation to detect flanking dangers. It also boasts backup “ghost-ring” iron sights integrated to the top rail which can be deployed within seconds if the optics fail.

As the press release notes, the Scout utilizes a two-position magazine system that enabled the rifle to be fed individually with the five-round magazine in a lowered position. The magazine can be seated one step further with minimal pressure, allowing the bolt to feed cartridges right from the magazine. The buttstock has a second five-round backup magazine.

The Scout also comes with a bipod which is seamlessly integrated to the stock when closed. Five sling-swivel attachment points allow the addition of Cooper’s favored Ching Sling on either side of the rifle.

For more information about the OD Green and MUD Scout Rifles, and the full range of products currently offered by Steyr, please visit http://www.steyrarms.com 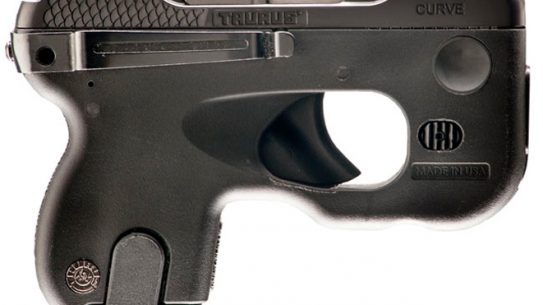 Roughly the size of modern smartphones, the CURVE is a double-action only, semi-auto pistol...