Tactical Flashlights for Defense in Darkness

Tactical flashlights and low-light shooting have come a long way in the last couple of decades. As lights have gotten smaller, more powerful and more versatile, the tactics for their use as both stand-alone tools and force multipliers for firearms have also evolved tremendously.

Let’s take a deeper look at the topic of lights and pocket pistols, and put them and the tactics of their use into perspective regarding real self-defense. As a private citizen, you’re worried about protecting yourself when you’re alone and potentially vulnerable to an attack. For example, you might have a specific concern about leaving work late and having to make it safely to your car after dark. That’s both logical and reasonable, so let’s address it with an equally logical and reasonable set of flashlight tactics. 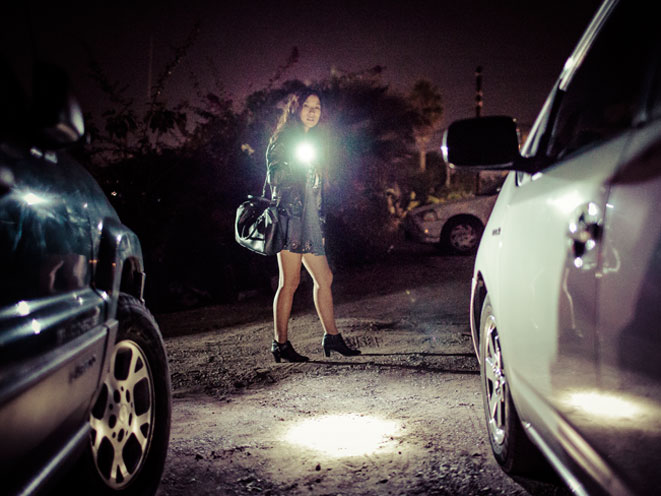 Prevention is always better than a cure, so the first application of a tactical light should be to search for potential threats from a safe distance. In diminished light, a powerful hand-held tactical light allows you to maintain a position of relative safety and scan your route from a distance, illuminating shadowed areas to make sure they don’t contain potential threats. If they do, this tactic also communicates to those threats that you are aware, proactive and not the easiest choice of target. Using a light as an awareness tool is an excellent first line of defense in low-light conditions, but this obviously cannot be performed with a weapon-mounted light without unnecessarily brandishing the weapon.

Since flashlights come into play when the ambient lighting is low, it’s likely that a potential attacker lurking in the darkness already has dark-adapted vision, meaning his pupils are dilated. The sudden application of 100+ lumens of light can therefore have profound effect on his vision—and his ability to target you. If you are confronted by a potential threat, blinding him with a powerful light is a great less-lethal tactic that allows you to maintain distance and seek escape while he’s trying to recover. Again, this tactic really shines (pun intended) when applied with a hand-held light, since no lethal threat has been established and drawing your firearm isn’t legally justified yet. 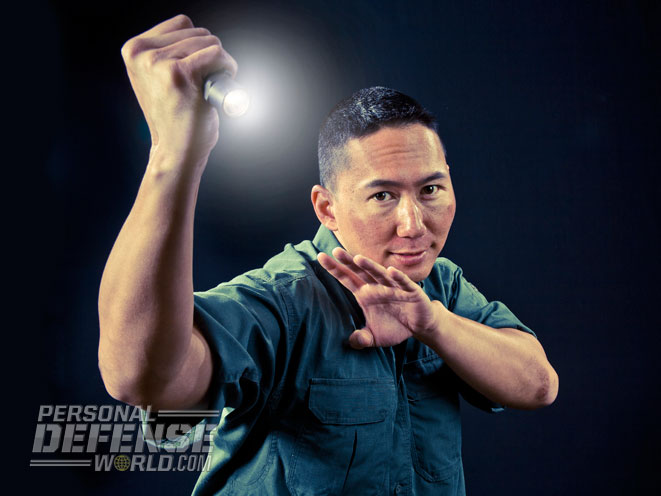 If a potential threat manages to get close enough to you to launch a physical attack, you’re finally clear to draw your gun, right? Technically, it’s not that clear cut.

To draw your gun, you must believe that you are in fear for your life or in fear of suffering grievous bodily injury. You must also be able to clearly justify that fear based on the fact that the assailant had a weapon, there were multiple assailants or he had some obvious physical advantage over you.

We’ve all heard the cliché, “To the man (or woman) who only has a hammer, every problem looks like a nail.” Well, to put that into a clearer perspective, according to the National Crime Victimization Survey report Weapon Use and Violent Crime (1993-2001), approximately 26 percent of violent victimizations are committed with a weapon. That means the remaining 74 percent are unarmed attacks. It also means that you need to have a tool other than your “hammer” to address those problems. The flashlight meets that need very well by allowing you to hit harder and with more focused impact than with your empty hand. Functionally, the light provides all the same attributes as a kubotan or yawara stick, but in a more socially friendly package.

With some very basic gross motor skills, you can easily turn a flashlight into a very powerful striking tool that gives you an advantage—or at least an equalizer—against an unarmed attacker. Your light does not necessarily need to have a “strike bezel” or any other overtly weaponized characteristics; it just has to be long and sturdy enough to hit hard. Any time you strike a person with any object, that object can be considered a weapon. Bear that in mind with your selection and application of this tool in your concealed-carry gear. 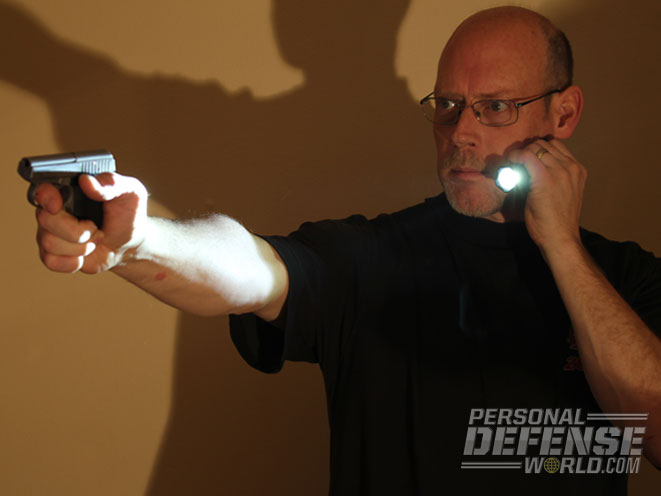 Once again, the potential threat was able to get close enough to you to have the opportunity and ability to launch an attack. This time, however, you see—probably thanks to the use of a hand-held light—that he is armed. After drawing your gun, you’re ready to engage the attacker if necessary. Doing so with a pocket pistol can be challenging, however, if you try to employ many two-handed flashlight shooting techniques.

For example, the popular Rogers or “syringe” technique is not only more difficult to assume quickly, it’s also tough to use with miniscule pocket pistols that are too small for a two-handed grip. Although such techniques work well with full-sized guns, with compact and ultra-compact pistols, they put the fingers of your support hand precariously close to the muzzle and really don’t offer better stabilization of the gun than a good one-handed shooting grip. My preference, therefore, is some variation of what’s commonly known as a “Neck Index” position. In this firing position, the light is held in a reverse grip (bezel on the pinky side of the hand) near the side of your neck or head, while the gun is extended forward in a one-handed shooting grip.

The flashlight is an incredibly versatile defensive tool and an ideal complement to your handgun, but only when powered with sound logic and tactics appropriate to a full range of potential threats.