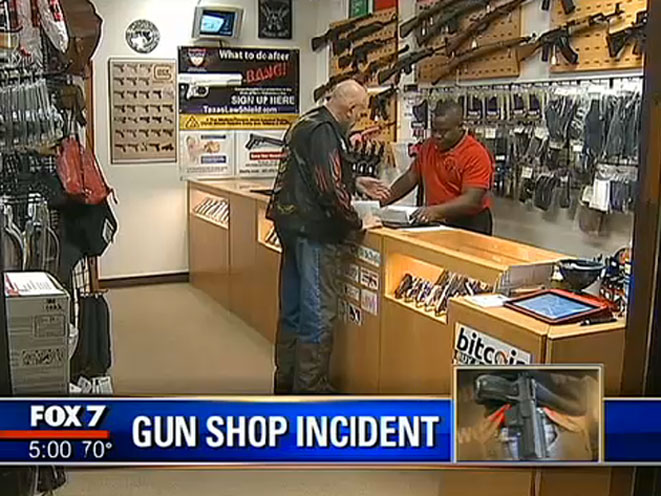 According to MyFoxAustin, Michael Cargill, owner of Central Texas Gun Works, was working in the back of his store last Thursday afternoon when a man entered the store and began behaving in a suspicious manner. He walked up to the counter and began talking an employee at the counter.

“I know I look terrible. I just had the worst night of my life. (Inaudible) out of the hospital and all this terrible stuff happened. Awful. I don’t want to ever think about what happened last night. I’m not walking in this f***** town another minute without a gun on me,” the man can be heard saying in the surveillance video.

Cargill, who had been monitoring the man via the surveillance camera, emerged from the back with the paperwork for a background check.

“Before he fills out the paperwork, he tells me ‘You know what…I want a gun. I want this Sig. I want to make sure you guys have the ammunition for it. And I’m gonna go over there to that hospital and I’m going to shoot everyone in that hospital,” Cargill said.

At that point, Cargill pressed the silent alarm and began talking to the man while waiting for police to arrive.

“I’m gonna be back here in about an hour. I need 500 rounds of ball, 500 rounds of wadcutter, 500 rounds of the ones that explode. I’m gonna need some training rounds…(inaudible) you can shoot people with those and they’re fine,” the man says on the surveillance tape.

Eventually, the police arrived and detained the man. Cargill told MyFoxAustin that the police said the man was a patient at a nearby hospital, but he had been released because there weren’t enough beds in the psych ward.

“It’s important that we got the police here and got him some help. Because he needed some help. Inside he was asking for help. We wanted to make sure he got that help and he wasn’t able to hurt someone. So I’m thinking ‘Man we may have stopped something yesterday,’ Cargill said. 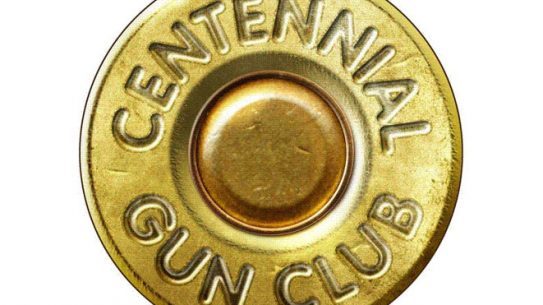