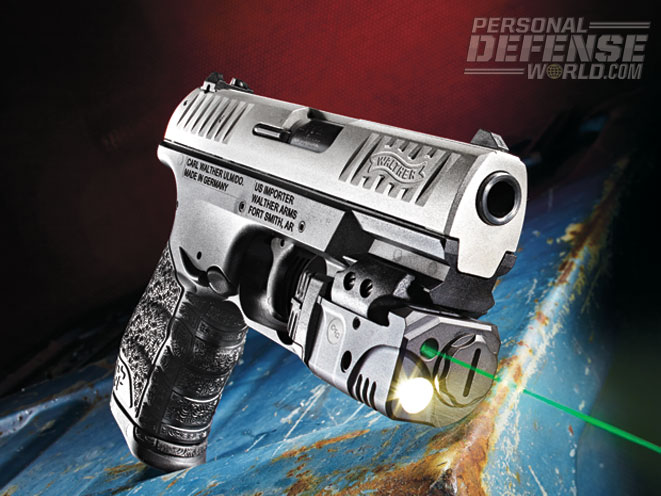 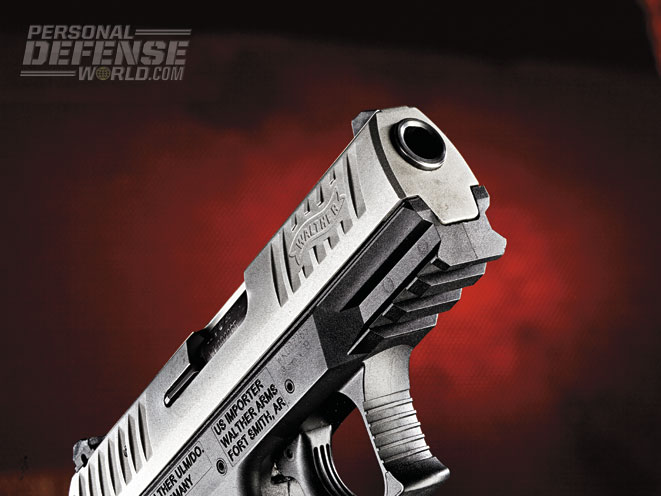 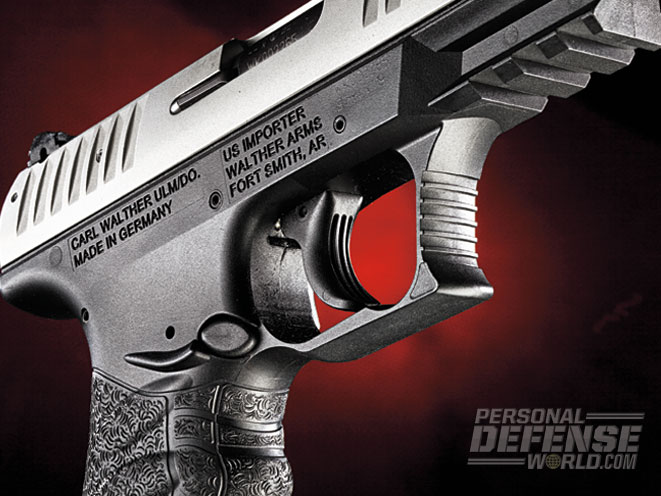 3 of 11
Walther CCP
The SAO trigger has a quick reset and a 4.5-pound average pull. 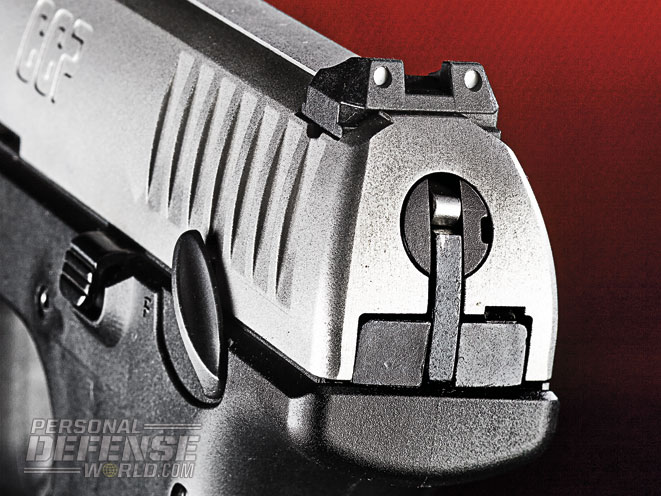 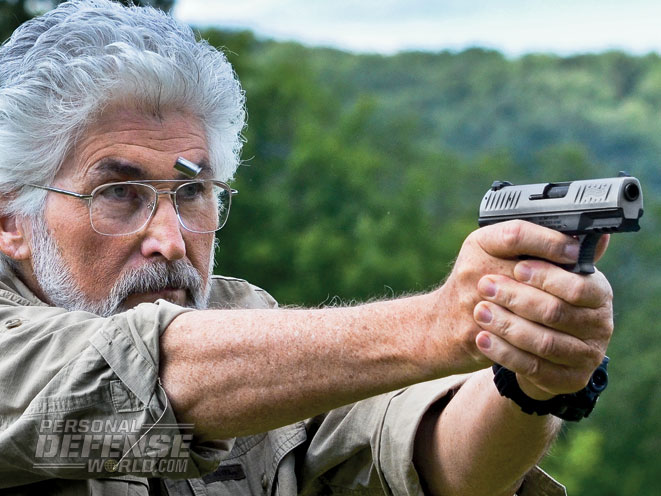 5 of 11
Walther CCP
Lighter recoil makes the CCP faster to get back on target after the shot. 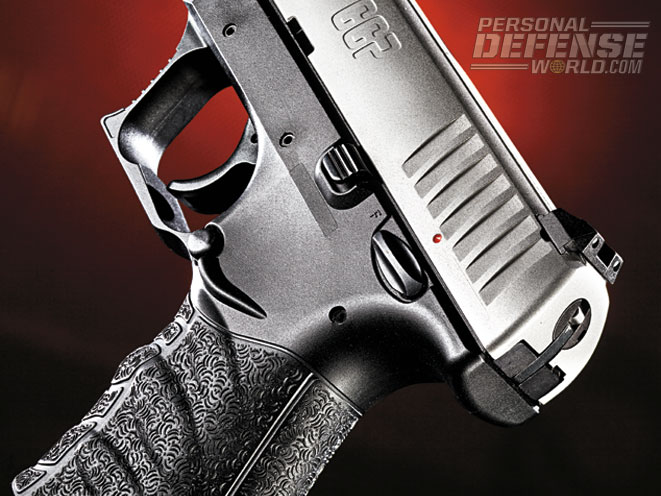 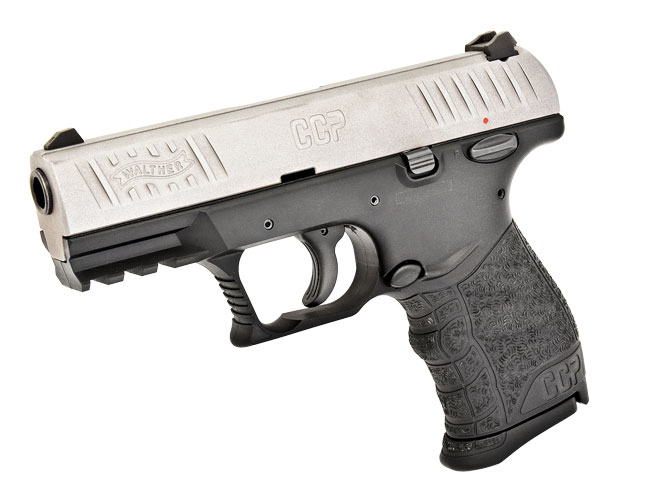 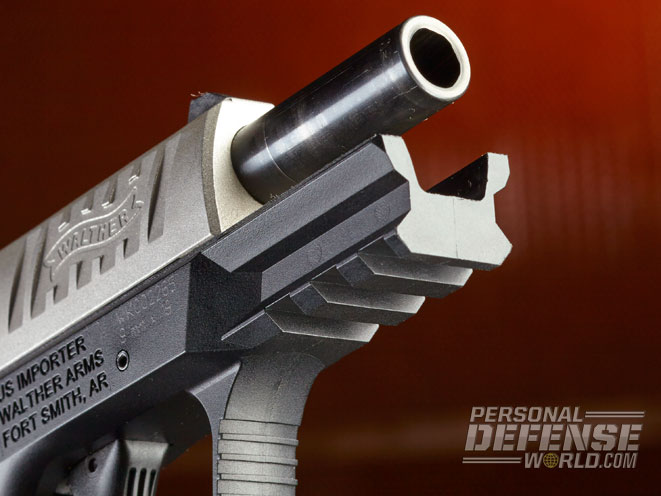 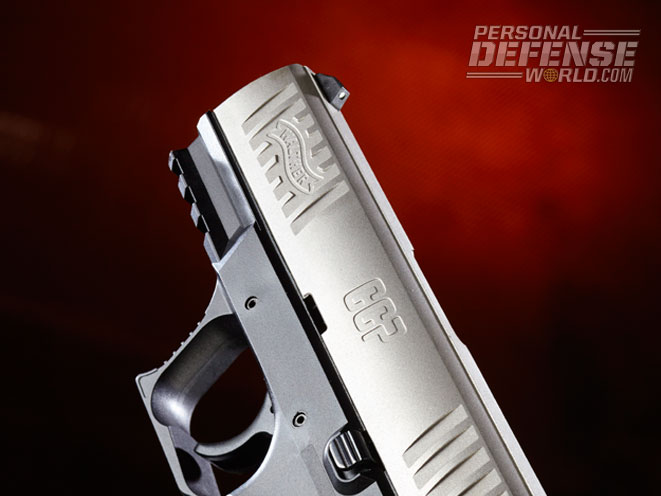 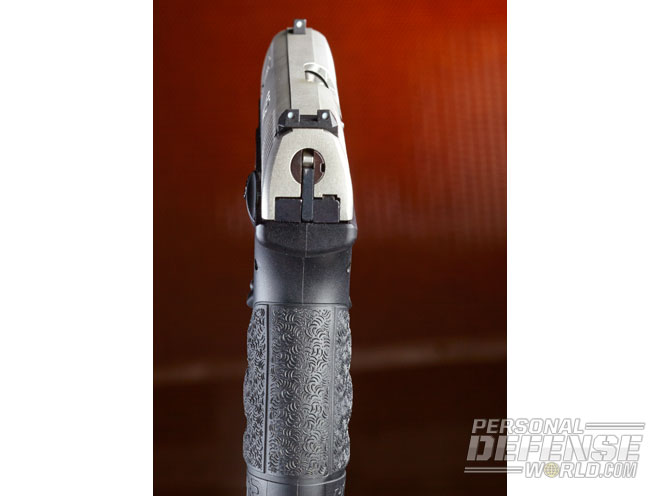 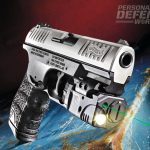 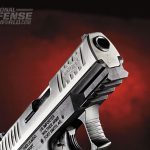 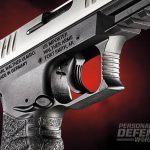 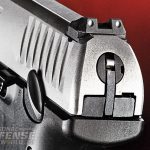 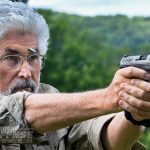 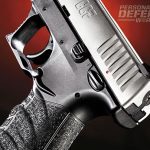 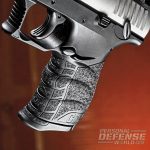 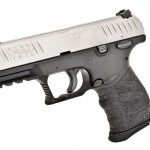 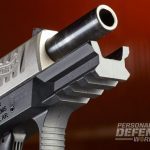 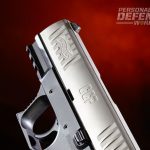 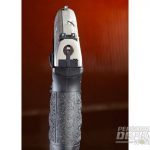 The first time I fired the Walther CCP I had to sign a confidentiality agreement. It was a little more than a year before the gun was planned for introduction and I was at the Walther factory test range in Arnsberg, Germany. The secrecy behind the then “Project X 9mm handgun” (later to be officially named the CCP for “Concealed Carry Pistol”) was because of the new design technology Walther had developed to build a lighter weight, lighter recoiling and more manageable 9mm pistol than any previous Walther semi-auto pistol in history. And that history dates back to the very early 20th century when Walther introduced its very first semi-automatic pistol. In 1929, the company revolutionized the world of semi-auto pistols with the introduction of the first double-action (DA) model, the Walther PP. This was followed in 1930 by the slightly more compact Walther PPK.

Why this little bit of Walther historical trivia? It’s relevant to the 21st-century Model CCP because a great deal of this new, polymer-framed, lightweight 9mm semi-auto’s design is based on the 84-year-old Walther PPK!

The new Walther 9mm is an innovative design that offers compact pistol dimensions for ease of carry. And like other popular Walther models such as the striker-fired P99 and subcompact Walther PPS, the CCP also utilizes a polymer frame. However, unlike these other Walther models, the CCP combines a blowback action (used on models like the PPK) with an innovative, Walther-designed gas-piston recoil system.

The CCP was designed to be easier to use than conventional 9mm pistols. It aimed to be smaller, lighter and feel more like a .380 than a 9mm, and achieving these goals began on the inside. Field stripping the CCP reveals an amalgamation of old and new technology, with a PPK-style fixed barrel mounted to the frame and a single, large recoil spring surrounding the barrel, also like the PPK. That is the old technology that comprises one half of the gun’s action. The overall operation of the CCP, however, is quite modern.

The CCP utilizes Walther’s “SoftCoil” gas-delayed blowback action. When the gun is fired, a portion of the gas pressure developed by the ignited cartridge is shunted downward through a port in the bottom of the barrel and into a chamber molded into the polymer frame. Think of it as a secondary recoil system that is otherwise passive when the gun is not being discharged. When chambering a round, or clearing the CCP, the only resistance to the slide is the single, large recoil spring around the barrel. This lightweight recoil spring reduces resistance, making the gun significantly easier to handle than any other 9mm semi-auto.

When the CCP is fired, recoil is also significantly reduced by the gas-delayed blowback action’s piston, which is attached to the underside of the slide. The piston slides into the chamber in the frame, where gasses from the discharged round are redirected. With the chamber sealed by the piston, the blowback action driving the slide rearward is slowed as the piston pushes against the compressed gasses in the chamber. This resistance is maintained until the bullet exits the barrel and releases remaining internal pressures, after which the slide continues its rearward motion at full speed, opening the breech and ejecting the empty cartridge case as it reaches its full rearward travel. The large recoil spring around the barrel then takes over, pulling the slide forward to strip a new round from the magazine, chamber the round and bring the action back into battery.

Of course, you never know all of this is transpiring; all you realize after pulling the trigger is that the recoil was lighter than anticipated. The gas-delayed blowback action decreases muzzle lift, and commensurately, the energy transferred to the shooting hand, thus allowing faster sight reacquisition and more manageable control of the pistol.

Although field stripping the CCP is a bit of a chore, requiring a special takedown tool provided with the gun (a small screwdriver will work in a pinch, but the tool is much easier), the CCP is very simple to clean and maintain. While larger than many subcompacts, it has very concealable dimensions: an overall length of 6.41 inches with a 3.54-inch barrel, width of 1.18 inches and a leggy 5.12-inch height, which allows for an eight-round magazine, giving the CCP an impressive 8+1 capacity and carry weight of only 22.24 ounces (unloaded).

The striker-fired 9mm pistol has an interchangeable white-dot front sight and an adjustable white-dot rear sight that are easy to pick up. The CCP also has a reversible magazine release for left- or right-handed operation, and a very slim manual thumb safety that proved easy to operate on the draw. There is also an internal firing pin block (drop safety). Trigger pull on the test gun averaged 4.5 pounds, with 0.5 inches take-up. There was 0.125 inches of overtravel. Reset required only a partial let-off of the trigger, with a firm, perceptible “click” as it reengaged.

The new Walther CCP is a great blend of old school and new school engineering that results in a shooter-friendly and all-day-carry handgun. Perhaps the biggest plus for today’s shooter is the CCP’s modest price. The new Walther 9mm is available in two-tone and Cerakote black. Suggested retail ranges from $469 to $489. 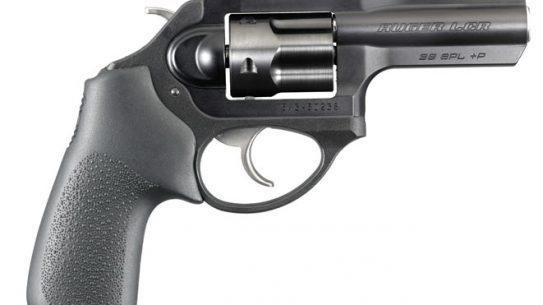 Ruger Expands the Popular Line of Lightweight Compact Revolvers with the Addition of the...