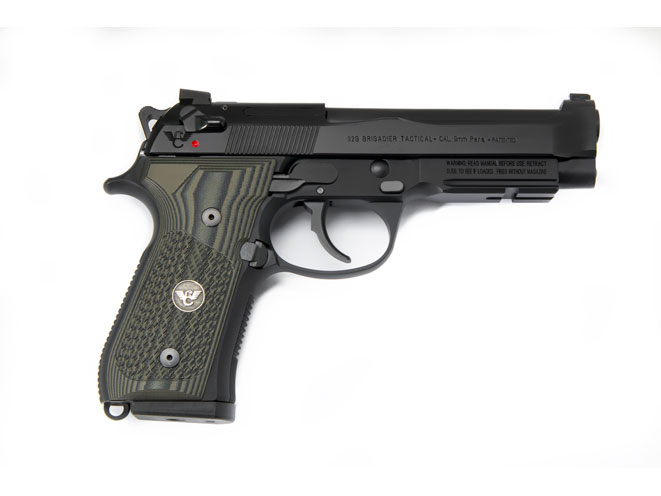 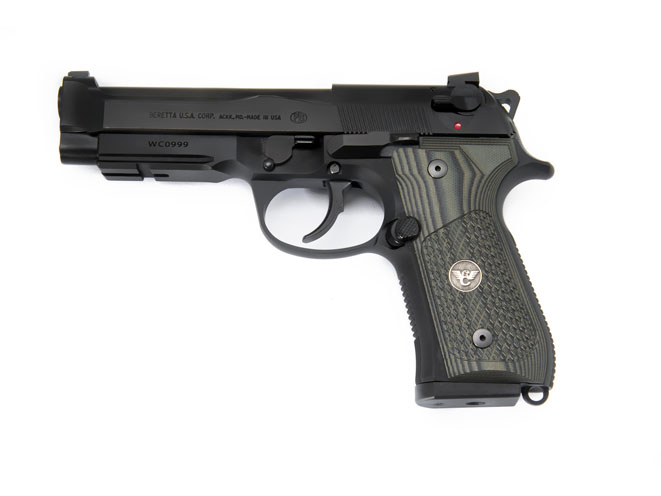 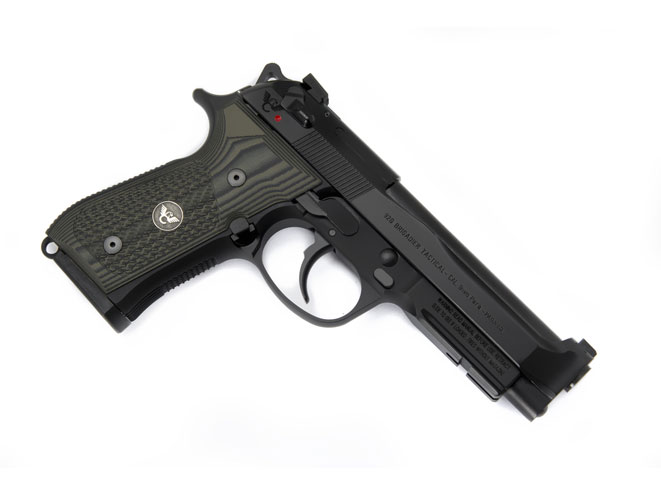 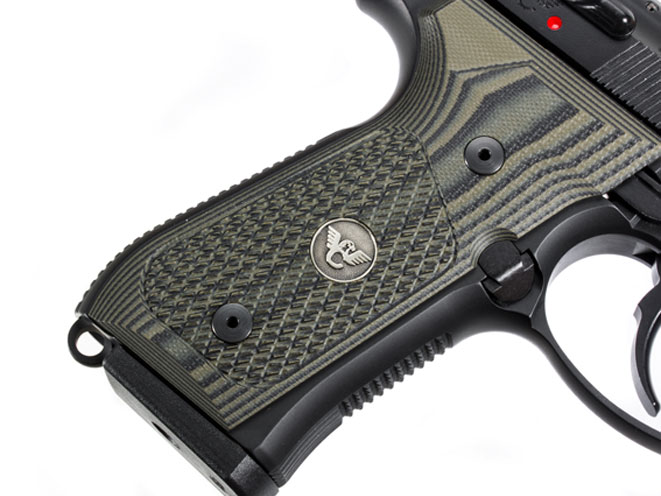 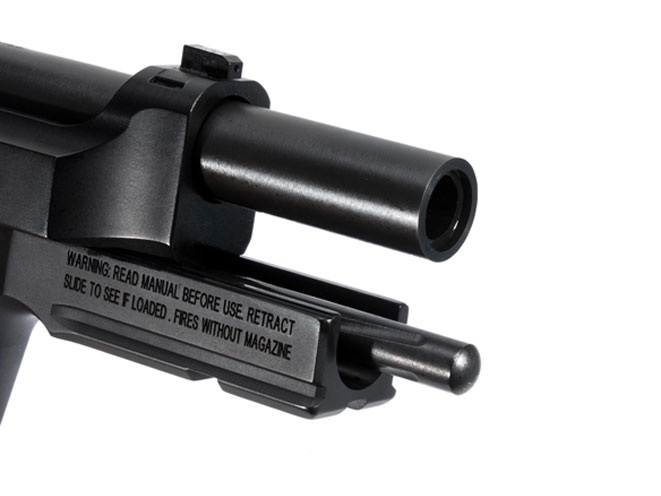 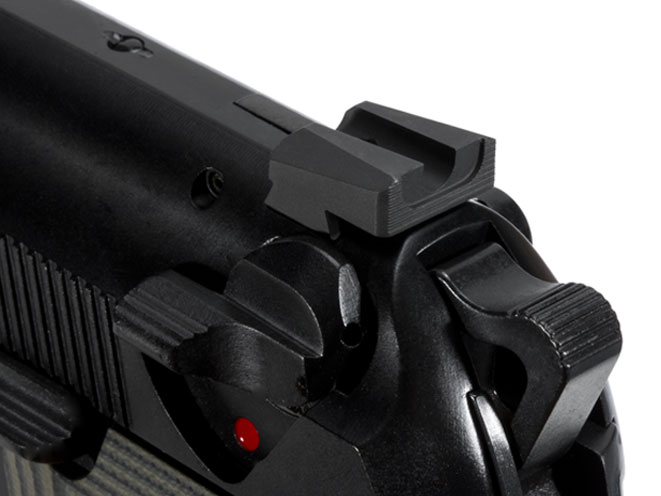 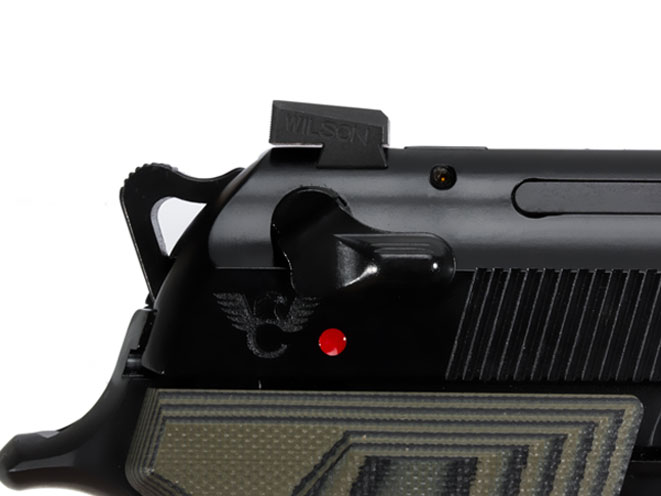 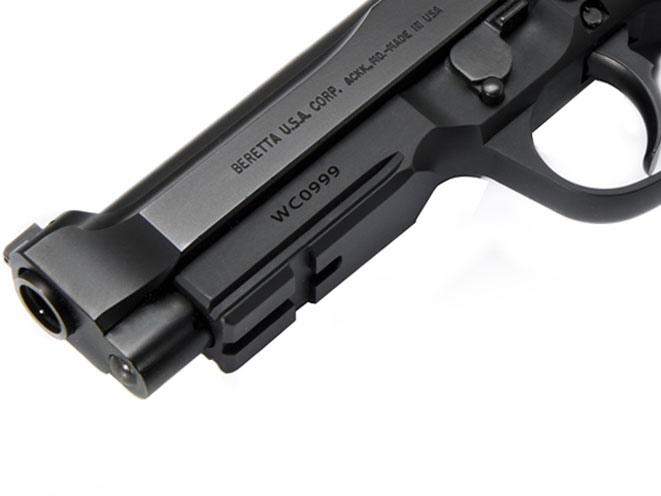 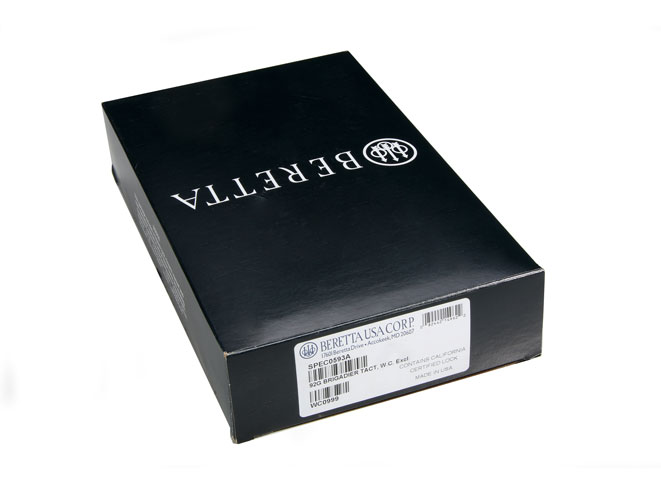 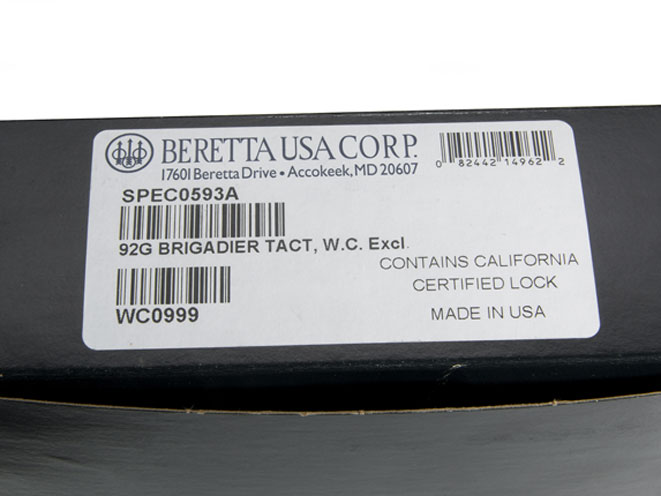 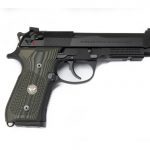 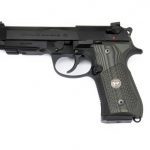 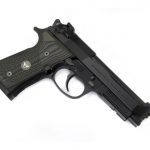 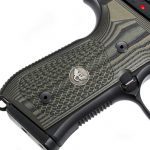 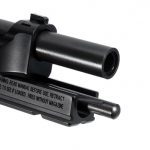 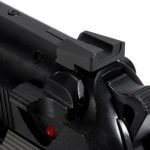 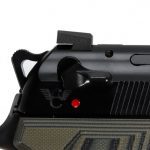 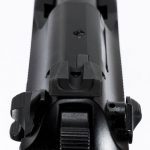 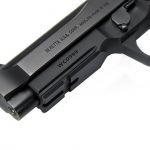 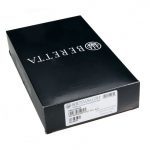 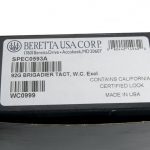 The 92G Brigadier Tactical is the product of a new collaboration between Wilson Combat and Beretta. The pistol’s 4.7-inch, match-grade barrel pays homage to the old Beretta Special Duty pistol. Its features include an integral light rail, a lighter mainspring for improved trigger pull and Wilson Combat parts including a speed magazine release and a Trijicon-equipped Wilson Battlesight. G10 grips, combined with a checkered frontstrap and backstrap on the grip frame, give the user a secure hold. A heavy-duty Brigadier slide gives peace of mind to those who constantly shoot the hottest 9mm loads, and it also seems to slightly reduce recoil.

The 92G Brigadier Tactical demonstrated easy control during dominant-hand-only, non-dominant-hand-only, and two-handed grips during testing. A particularly smooth trigger pull in both double- and single-action also aids in the pistol’s controllability. This pistol delivered five shots into 1.55 inches from 25 yards with Federal‘s hot +P+ 9BPLE ammo.

The Wilson Combat influence is present not just in the parts and the concept, but in the signature “WC” medallion on the slide, on the G10 grips and engraved at the rear of the pistol’s slide. This will be literally a “one of 1,000” pistol, as the company has planned for four production runs of 250 guns each, serial numbered “WC0001” through “WC1000.” Each 92G Brigadier Tactical pistol will be personally checked by one of Wilson Combat’s ace pistolsmiths before shipping.

Finally, the Brigadier Tactical will be a 92G variation, meaning that its slide lever is not a safety/decocker that can be inadvertently left on “safe.” Instead, it’s “decocker only,” assuring that it’s ready to fire when it comes out of the holster to protect you and your family.

For more on the Wilson Combat 92G Brigadier Tactical, look for Massad Ayoob’s full review in the February 2015 issue of COMBAT HANDGUNS, available on newsstands and digitally December 16, 2014. To subscribe, go to https://www.personaldefenseworld.com/subscribe. 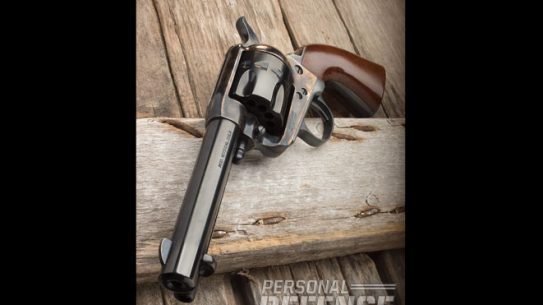