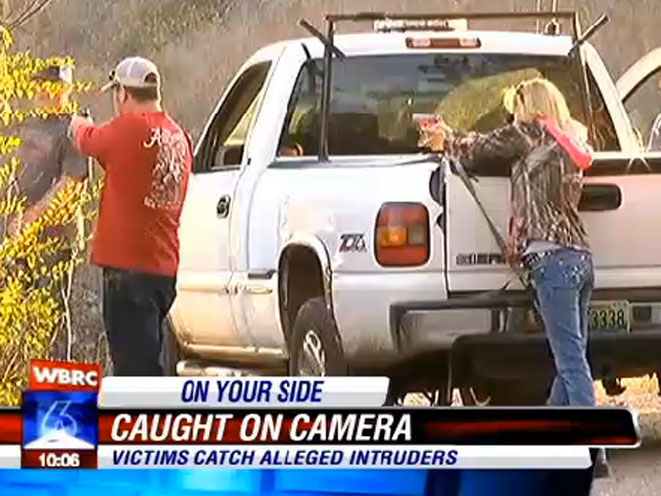 A group of thieves in Warrior, Alabama picked the wrong house to burglarize after they were stopped and held at gunpoint by victims who recognized them from home surveillance video footage.

According to WBRC, a home surveillance system installed in the home of Sarah Wyatt and her husband, Chris, captured a burglary committed by a woman and two men while the family was out of the house last Friday. Two TVs and several Christmas presents, including some for the couple’s one-year-old son, were taken.

The suspects were seen driving away in a black Ford Ranger pickup truck.

Two days later, a second burglary occurred in the area. This time, the thieves stole a computer monitor, jewelry, a knife collection and jewelry.

Sarah Wyatt was in the process of being interviewed by WBRC about the burglary when she suddenly received word that the thieves had been caught.

Her husband Chris and other family relatives recognized the suspects’ vehicle as it drove past them. They followed the car and managed to block them in on a nearby road. They then called the authorities and held the suspects at gunpoint until police arrived.

The items taken in the second burglary were found in the suspects’ vehicle and returned to the victim. The Wyatts, unfortunately, are still missing their belongings.

Police are still looking for another man seen in the surveillance video.

[h/t to the Inquisitr] 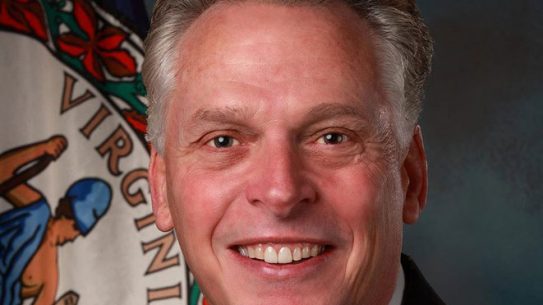