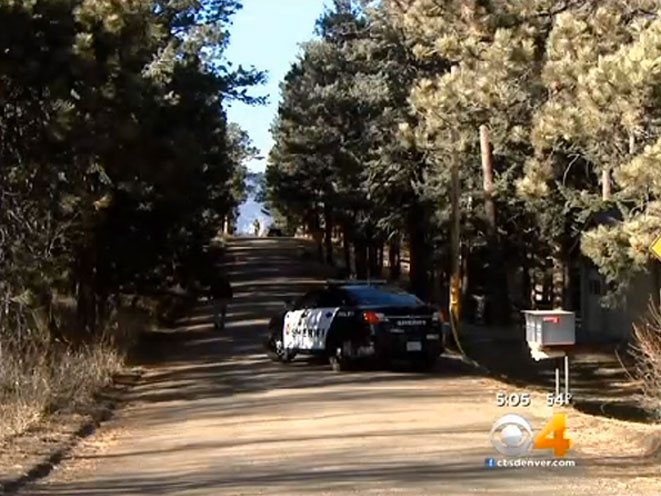 Photo by CBS4
A Jefferson County, Colo. homeowner shot and killed a man during a home invasion on Friday.
Comment(s)

A home invasion in Jefferson County, Colorado ended when the suspect was shot and killed by the homeowner.

According to CBS4, the home invasion went down at around 8:30 a.m. at a home in the 26300 block of Clear View Drive in Mount Vernon canyon.

Details, such as how the suspect got inside the home, have not been released, but the Jefferson County Sheriff’s Office confirmed the shooting.

The homeowner reportedly ran to a neighbor’s home for help afterwards. The homeowner was home alone and uninjured, CBS4 reported. It is not known if the suspect was armed.

“We’ll go back chronologically and try and put those pieces together, talk to neighbors, see if they’ve seen anything and start trying to get some type of information on the intruder who is deceased,” said Jeffco Sheriff’s Office spokesman Mark Techmeyer.

Jefferson County police also found a vehicle belonging to the suspect. It is unknown if burglary was the goal, or if the suspect went to that neighborhood for another reason. The vehicle is described as a white SUV with Nebraska license plates.

“We fight daytime burglaries all across Jefferson County, all the time in Jeffco south, in the mountains, we’ve had rashes here and there. I don’t know of any in this immediate area that come to mind but it is a battle we fight everyday,” said Techmeyer.

Lisa Holland, a neighbor of the homeowner, told CBS4 that while they haven’t had any incidents in this area, she could see why it might be a potential target for criminals.

“Being close to the highway you have vagrants and people that are traveling from one state to the next,” said Holland.

The investigation is ongoing. 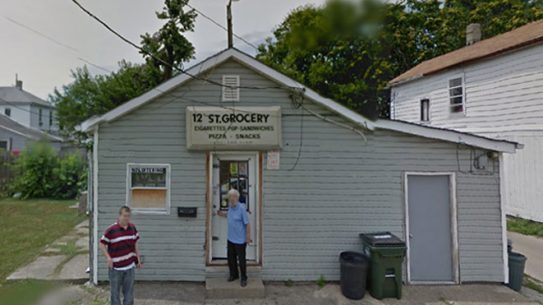 An Ohio store clerk was forced to defend his establishment against armed robbers for...