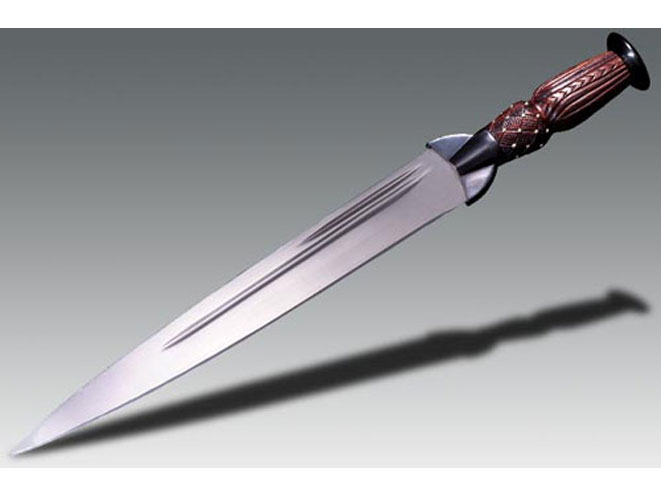 The Connecticut Supreme Court has unanimously ruled that dirk knives and police batons are protected under the Second Amendment in the case of State v. DeCiccio.

According to the Connecticut Law Tribune, the state Supreme Court overturned the conviction of Jason DeCiccio, an Army veteran who was hired by the U.S. Veterans Health Administration to work as a medical claims processor at a VA hospital in Massachusetts in 2010. In July of that year, he was moving from Clinton, Conn., to Bolton, Mass. for the new job when he crashed his jeep into a car that was stopped at a red light.

A Clinton police officer was inspecting DeCiccio’s jeep in the aftermath when he discovered two machetes in the back seat, an expandable police baton with a belt clip holder, a sword with a holder, a knife with a brass knuckle handle, and a dirk knife, which is a long thrusting dagger.

As the Tribune reports, DeCiccio, who served in Germany, Afghanistan and Kosovo — where he suffered a brain injury when a mine exploded under his Humvee — was transported to Yale-New Haven Hospital and underwent treatment for two weeks. After being released, he was arrested and charged with six counts of having a weapon in a motor vehicle.

The knife with the brass knuckle handle and the sword each had blades that were over 4.5 inches in length, making them legal to transport, so DeCiccio was found not guilty on those counts, the Tribune said. However, he was found guilty of unlawfully having a police baton and dirk knife in his vehicle.

On Dec. 16, 2011, DeCiccio was sentenced to 15 months in prison to be followed by three years of probation.

His lawyers appealed, citing District of Columbia v. Heller, a ruling in a gun case which found that the Second Amendment right to keep and bear arms allowed individuals to keep “commonly used weapons in their home for self defense purposes.” The court found, however, that this doesn’t apply to weapons that are deemed “dangerous and unusual.”

In the case of State v. DeCiccio, the Tribune reports that Justice Richard Palmer wrote a 48-page decision, going into the history of dirk knives, including their military origins, and concluded they are less lethal than the handguns in the Heller ruling. Therefore, dirk knives could not be considered “dangerous and unusual weapons,” rather, they are protected by the Second Amendment.

Of police batons, Palmer wrote “This widespread acceptance of batons within the law enforcement community also supports the conclusion that they are not so dangerous or unusual as to fall outside the purview of the Second Amendment.”

Simply put, if DeCiccio could have a dirk knife and police baton in his home, then he was lawfully allowed to transport them to his new home in Massachusetts.

“The existing statutory scheme places an undue burden on the defendant’s right to possess and keep his dirk knife and police baton in his home by making it impossible for him to transport those weapons there,” Palmer wrote. “The defendant has established, therefore, that his conviction under [the statute] for using his Jeep to transport a dirk knife and police baton to his new residence violated his Second Amendment right to keep and bear arms.” 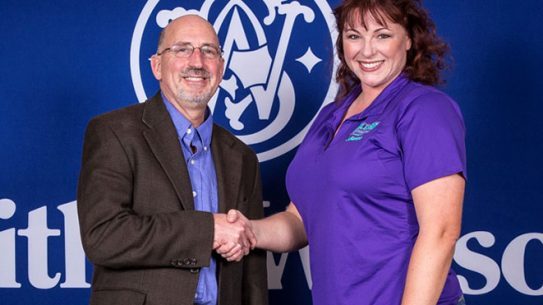 Smith & Wesson will once again be the presenting sponsor of the A Girl...