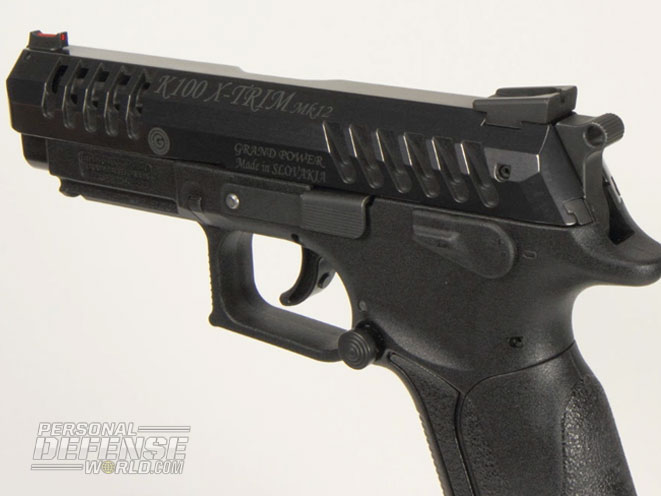 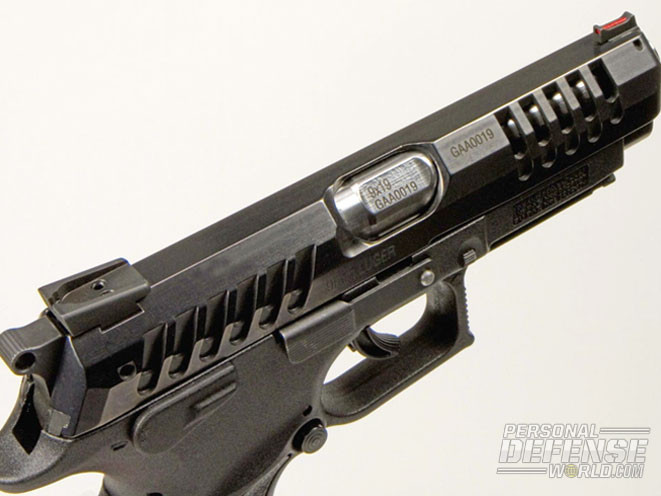 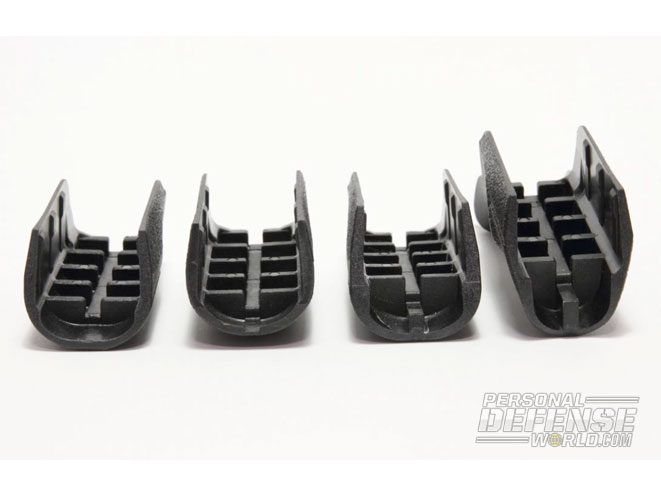 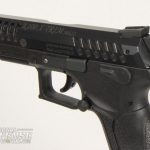 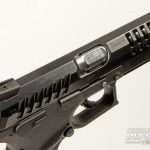 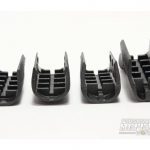 Watch the video below to watch the Grand Power K100 X-Trim Mk12 in action!

From time to time, a firearms manufacturer produces a gun that’s a bit different and still has features that appeal to those interested in self-defense as well as those who like to compete, and the Grand Power K100 X-Trim Mk12 is just that.

The K100 X-Trim Mk12 is a full-sized 9mm semi-automatic with an exposed hammer and double-action capability. Built on a polymer frame and equipped with a thumb safety, it will fit a variety of hand sizes thanks to its four interchangeable backstraps. And with a double-stack steel magazine containing 15 cartridges, there are plenty of rounds onboard whether you’re shooting for competition or self-defense. But what is probably the most visible departure from the norm are the slots cut into the front of the slide that expose the barrel.

The gun is also fully ambidextrous. The thumb safety and the long slide release can be activated from either side. And to drop the magazine from the gun, the shooter can press the magazine release with either their thumb or trigger finger.

Additionally, this gun is not built using the commonly found tilt barrel design, but has a rotating barrel. That makes for a very smooth cycling action, but also puts the axis of the bore lower in the shooter’s hand. The benefit is that recoil has less leverage on the shooter’s wrist, allowing for better control during the firing cycle. In turn, that means that there is less muzzle rise and the shooter has an easier time of getting the gun back on target for the next shot, so follow-up shots are faster. It’s definitely a comfortable gun to shoot.

For more on the Grand Power K100 X-Trim Mk12, look for a full review in an upcoming issue of COMBAT HANDGUNS. To subscribe, go to https://www.personaldefenseworld.com/subscribe. 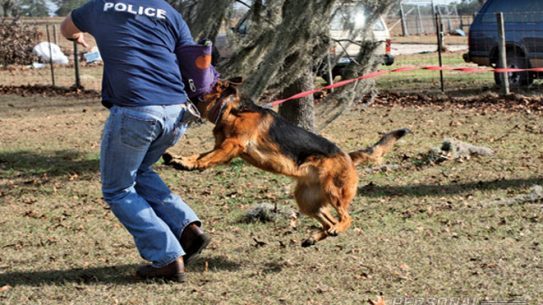 3 Must-Dos When Getting a Guard Dog

A good defensive canine can be a crucial component of home defense. Here's what...