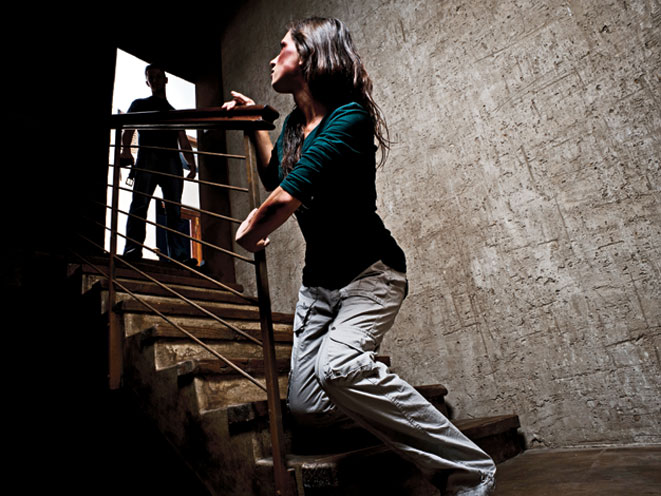 I was in a small town working on a computer for a widowed client when her ex-boyfriend showed up drunk and let himself into her house with a key. I was in the computer/laundry room just off the kitchen and carport, and saw him at the door glaring at me as he came in.

My client was in another part of the house, and he started screaming at her. She told him she wanted her house key back, and he screamed, “Why, so you can give it to this bastard sitting here?” I looked up, startled, and asked him politely not to call me names since I had done nothing to him.

At this point I stood up, not wanting to get caught off-guard. He replied, snarling at me, “I am going to beat the s*** out of you, you son of a b****! He lunged at me, and as he did he picked something up off the counter and put it in his right hand.

Things were going so fast that I could not make out what it was, but it looked like a knife blade to me. That is when everything became a blur, and it seemed like a surreal dream! The next thing I remember, he was right in front of me. I was standing in a two-handed combat stance with my ATI Titan 1911 in Condition One. I looked him in the eyes and coldly told him that one more step and I would shoot!

He took two steps back and I followed, keeping my weapon on him (I was taught to never lower your weapon until you were sure the threat was over). The woman who owned the home had slipped in behind him and opened the carport door. She grabbed his shirt and got him off balance, spinning him out the door and into the carport.

He screamed he had a weapon in his car and headed for his vehicle to retrieve it. When he turned his back, I slipped out and put my van between us for cover. I never lowered my weapon for fear he did have one, and I wanted to be prepared. He decided to leave and then started making harassing and threatening calls to the lady about me. He threatened to lay in ambush as I left her house, and then threatened a total of four times after that to kill me. I called the sheriff’s office about the incident and informed the dispatcher that I had a CCW permit, was armed and to please send someone to help.

The next thing I knew I was surrounded by four carloads of deputies and a city cop. When the deputies walked up to my van, I had my license and permit out the window. The lead deputy looked at me and said, “Put them up. You are good with us.” It was after 5:00 p.m. and the courthouse was closed, so he told me to go the next day to the courthouse and swear out a warrant against my attacker. The lady who owned the house also went to the courthouse to take out a restraining order.

Now that everything has returned to a resemblance of normal, I still play out the scenario in my mind. It is a big round of what-ifs. Either way, the answer always comes back the same. I am glad I was armed that day. I apologized to the lady for pulling a weapon in her home, but she told me not to because her ex-boyfriend was hell-bent on hurting and maybe even killing both of us. —BR, AL 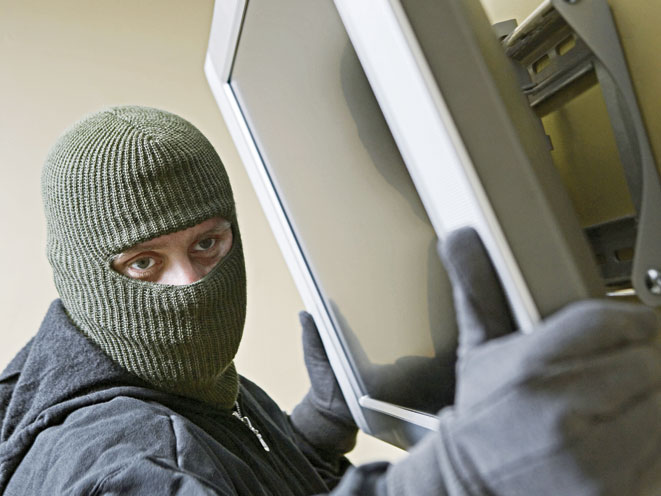 Not too long ago, I decided to take a leap of faith and pursued buying a handgun and getting my carry permit. I had always wanted a handgun for self-defense, but like many people had always put it off. Finally, after hearing about a horrific crime that occurred in my area, with my wife’s approval, I bought a new Sig Sauer P239 in 9mm and took shooting lessons at a local range. Despite my irrational fears, I found the staff great to learn from and the act of shooting lots of fun.

After completing my familiarization course, I applied for and received my CCW permit. I began to make it a regular habit of carrying my Sig whenever I went out. This included to and from work and whenever my wife and I travelled. One night, after returning home from a late dinner with friends, my wife and I entered our home and quickly realized we were in trouble. Standing in our living room were two individuals who were in the process of robbing our home. They were soon joined by two others who apparently had been in another part of the downstairs section of our house.

My wife and I immediately went into panic mode and froze, not being sure what to do. As we stood there, in an apparent standoff with the robbers, it became clear that at least one of them was armed. They ordered us to separate and started to tell my wife to take them upstairs and show them where her jewelry was. My mind was racing as I could only think of terrible thoughts; both her and I were clutching each other, unwilling to break the security of being next to each other. As if struck by a bolt of lightning, I remembered that I had my Sig P239 in my waistband.

Based upon the danger we were in, pulling my firearm seemed a better idea than just dying. Moving purely out of fear, I managed to push my wife down to the ground as I drew my Sig P239 from my waistband. This move apparently caught the robbers by surprise as they didn’t immediately shoot me.

I took multiple shots at the robbers and one of them returned fire. Shots, screams and loud noises filled the living room of my home. Within a matter of moments an eerie calm came over the house. My wife called 911, and when the police arrived, most of the suspects were taken into custody. Two of the robbers had fled during the gunfight. One robber had a leg wound and another didn’t survive. Shortly after that, the police found and arrested the other two robbers. —SR, WV 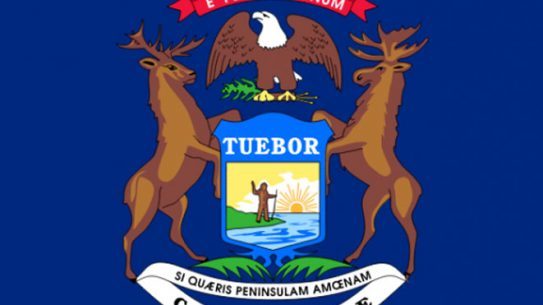