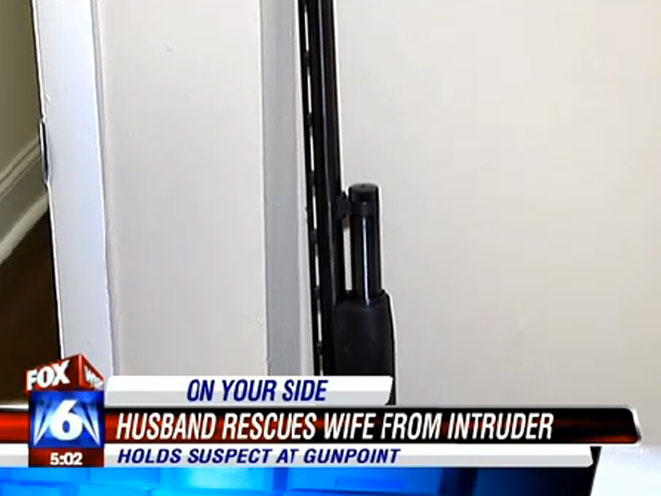 An Alabama couple used their skeet shotgun to defend themselves against a violent intruder last week.

According to FOX 6 WBRC, Samantha Cart woke up just before 5 a.m. on Wednesday to walk her dog outside her apartment building in Birmingham. She didn’t notice anything unusual while she was out. As she returned however, a man followed her into her apartment.

“At first, I was just stunned, like, ‘Who is this in here?'” she recalled. “And then he pushed me and I fell right here in the hallway and he had my arms and was pinning me down.”

Samantha’s husband, Caleb, was awoken by her screams and ran to her aid. He confronted the attacker, and the two began fighting.

Meanwhile, Samantha called 911. She watched as the fight between her husband and the attacker continued unabated.

“Then I remember we had our shotgun sitting against the wall, so I picked it up and grabbed it,” she said.

As FOX 6 WBRC reports, Samantha was not familiar with how to use the gun, so she handed it to Caleb.

“Standing there with the gun, I said, ‘If you move, I’m going to think you’re going to attack me again and I will shoot you. I have the safety off,'” Caleb said. “I showed him the rack in the slide and I told him, ‘That is how it’s going to be and we’re going to wait.'”

Police arrived and arrested 36-year-old Michael Jones. He has been charged with first degree burglary.

Caleb, who told FOX 6 WBRC that he uses the shotgun for skeet shooting, had some parting words for Jones.

“I’m sorry that whatever in your life brought you to this point where you should hurt or rob people,” Caleb said. “Hope you find it in your heart to stop hurting other people to get your own way in life and best of luck when you get out.” 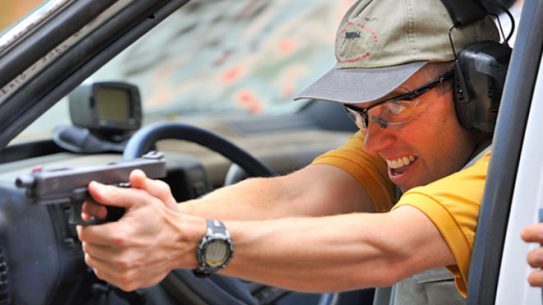 Sharpen your defensive top-gun skills with any of these against-the-clock competitive shooting matches!