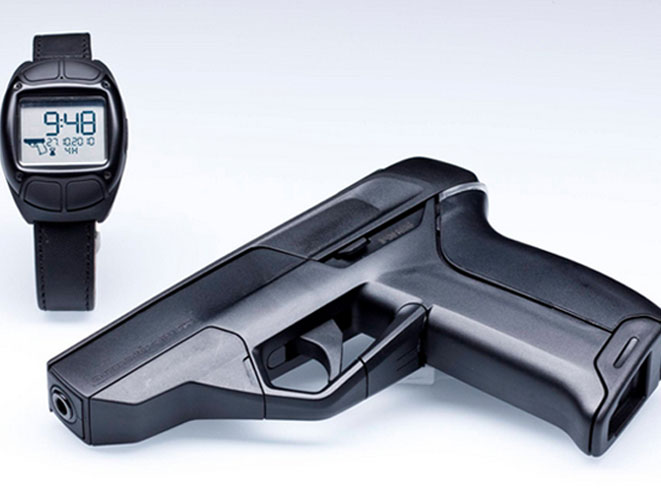 The Armatix iP1 Pistol, a handgun that only fires when within ten inches of an accompanying RFID wristwatch, is not a “personalized gun,” and therefore does not fall under New Jersey’s “smart gun” law, the state Attorney General’s office says in a new report.

According to the Wall Street Journal, New Jersey passed a law back in 2002 saying that when “smart gun” technology preventing a gun from being fired by an unauthorized person becomes commercially available in any state, only handguns with that technology may be sold in the Garden State. It’s the only such law in the United States.

Gun control groups like the Brady Campaign to Prevent Gun Violence claimed that the Armatix iP1, a .22 caliber, 10-round handgun, went on sale in California and Maryland earlier this year, and they sued New Jersey Attorney General John Jay Hoffman in an attempt to get him to enforce the law.

As the WSJ reports, things didn’t exactly go as planned. In Hoffman’s report, he found that the Armatix iP1 doesn’t fit the definition of a smart gun.

“After careful consideration of the iP1′s design, we have determined that it does not satisfy the statutory definition because, as a matter of design, the pistol may be fired by a person who is not an authorized or recognized user,” the report reads. “That is, as long as the pistol is situated within 10 inches of the enabling wristwatch, it may be fired by anyone – the authorized user or any other person who is able to pull the trigger.

“Situations may readily be envisioned in which an unauthorized individual gains access to the pistol in close enough proximity to the wristwatch component (by either maintaining possession of the pistol within 10 inches of the authorized user’s wrist on which he or she is wearing the watch, or by forcibly taking possession of the wristwatch), and therefore would be able to fire the weapon, despite the limiting technology. Accordingly, we are unable to conclude that the iP1 design meets all the elements of New Jersey’s statutory definition of a personalized handgun.”

The NRA-ILA hailed the report as a victory New Jersey gun owners, saying they “can breathe a sigh of relief that inadequate and unreliable systems will not be forced upon them should the Armatix iP1 become commercially available.” 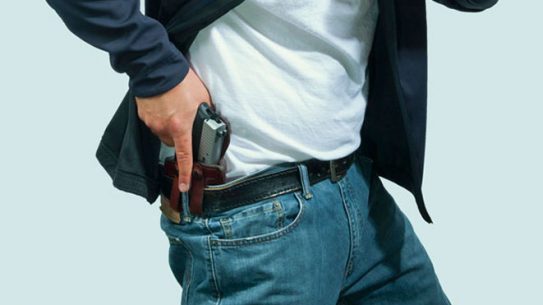 An Alabama shop owner thwarted an attempted burglary at his Birmingham establishment, shooting one...