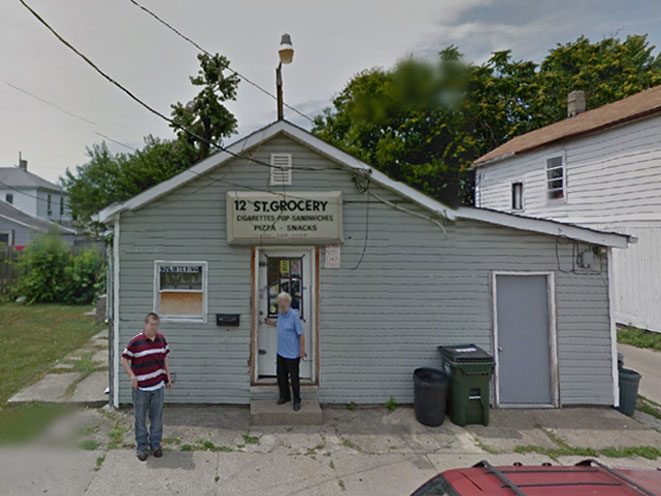 For the second time in three years, an Ohio store clerk was forced to defend his establishment against armed robbers.

According to WCPO, Grayson Matthews, 53, was working at Kenton’s 12th Street Market in Hamilton at around 9:30 p.m. on Saturday night, when two men allegedly entered the store and attempted to rob it.

Matthews told police he opened fire on the armed robbers, and one of them fired back. Both suspects managed to flee the scene.

Matthews was shot under the arm and transported to the University of Cincinnati Medical Center. An update on his condition has not yet been provided.

As WCPO reports, Matthews told police he thinks he shot one of the armed robbers.

Shortly after the incident, a man arrived at a local hospital with a gunshot wound to the head. The man was treated and transported to the University of Cincinnati Medical Center. Police were notified of the man’s arrival and went to the hospital to question him. He is believed to be one of the suspects involved in the attempted armed robbery.

This isn’t the first time Matthews has been forced to defend himself in the store.

“My brother who got shot tonight in the robbery attempt shot a guy a little over two years ago who was trying to rob him here,” said Morton Combs, owner of the store and Matthews’ brother.

Combs told WCPO that Matthews was working in the store alone at 8:30 p.m. on Sept. 24, 2011, when a man came in wearing a plastic bag over his head and eye holes poked out in the bag.

The man demanded cash. Matthews, believing the man to be armed with a shotgun under his coat, gave him the money from the register, but the suspect wasn’t satisfied with that and demanded more.

Matthews managed to grab a .38-caliber revolver and shoot the armed robber in the shoulder. The man fled the scene but was arrested and charged with aggravated robbery and resisting arrest. As it turns out, he had aluminum foil under his jacket, not a shotgun.

“I didn’t want to shoot anybody,” Matthews told the Journal News at the time of that incident. “But it was him or me.” 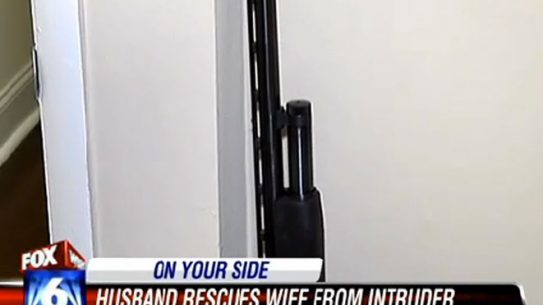 Alabama Couple Fights Back Against Intruder

An Alabama couple used a shotgun to defend themselves against a violent intruder last...