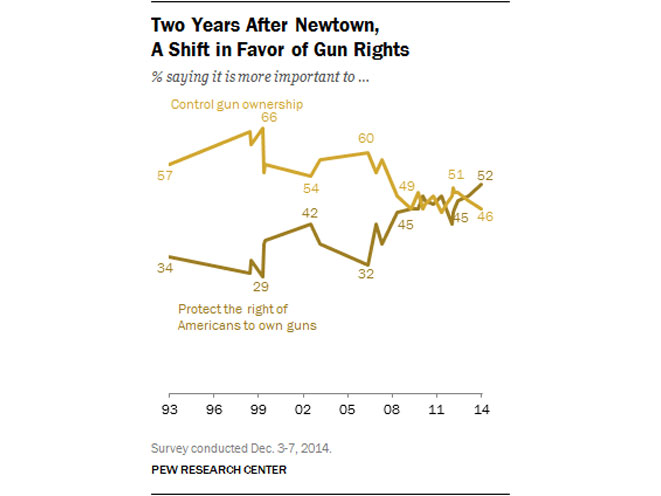 Support for gun rights continues to grow in the United States.

According to a new survey released by the Pew Research Center, 52% say it is more important to protect the right of Americans to own guns, while 46% support increased control of gun ownership.

This stands in contrast with the prevailing attitude right after the Newtown school shootings, which happened two years ago this Sunday. Since January 2013, support for gun rights has increased seven percentage points from 45% to 52%, while those in support of gun control fell five points from 51% to 46%.

When it comes to partisan differences on the issue of guns, the gap has only widened since Newtown. According to the survey, 60% of Democrats say guns put people’s safety at risk, while only 35% said they protect people from becoming victims of crime. Meanwhile, eight-in-ten Republicans said guns do more to protect people from guns, which is up from 17 points in 2012. 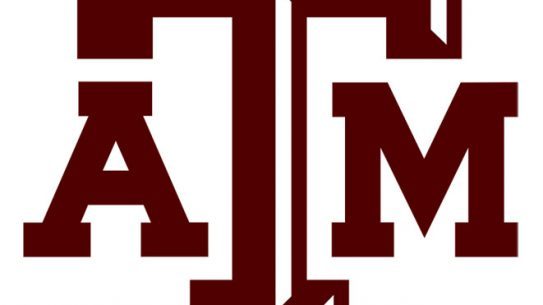 A bill calling for campus concealed carry at Texas A&M was passed by the...