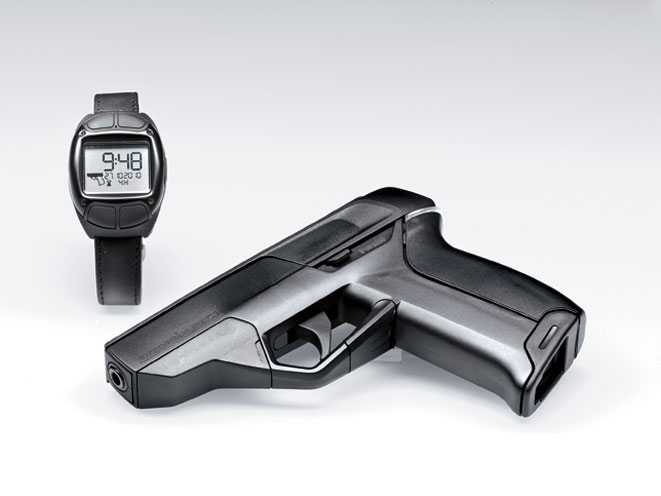 1 of 6
Photo by Armatix
Are Smart Guns Really Smart?
Armatix Smart System shown here, is a rimfire pistol that will only fire with the RFID watch. 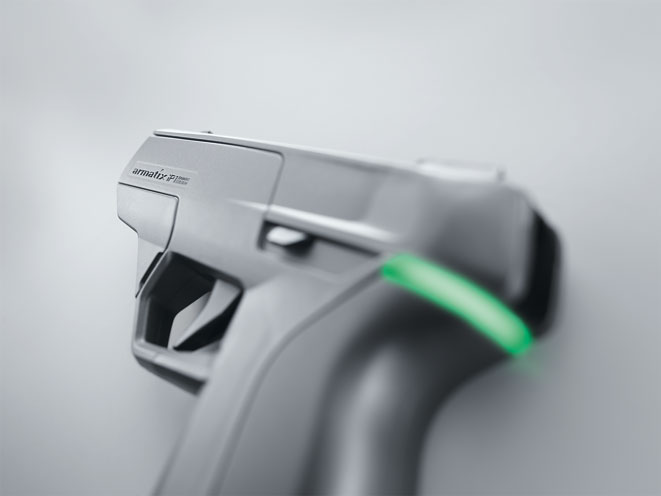 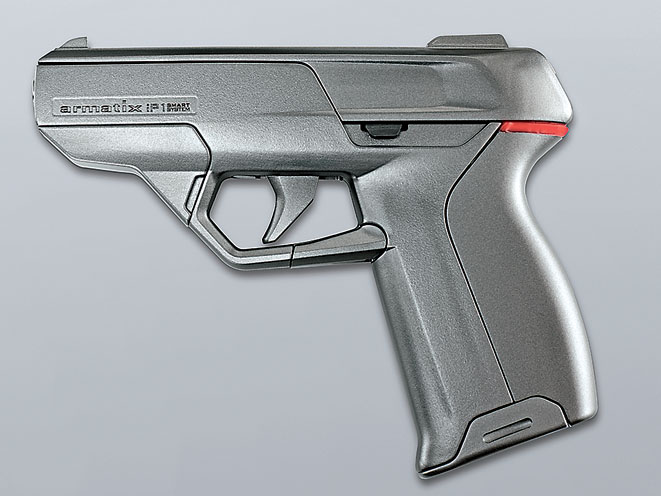 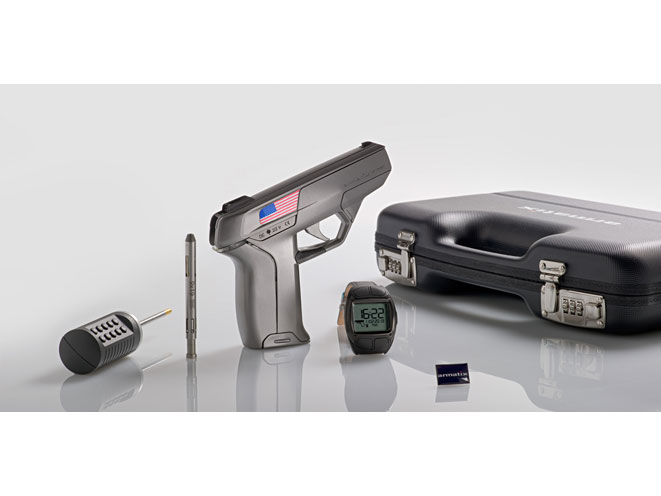 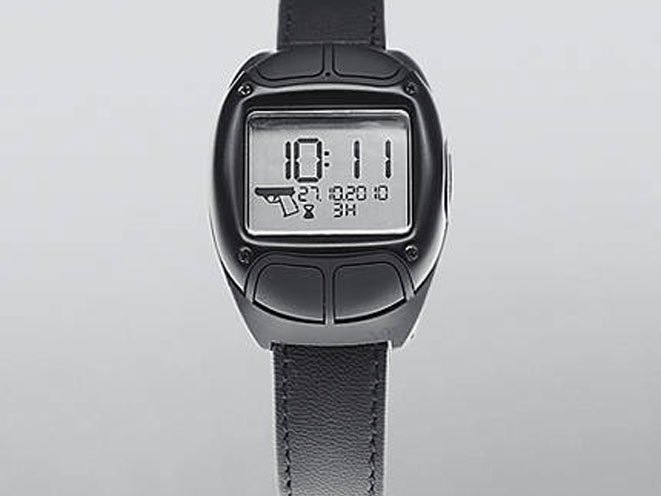 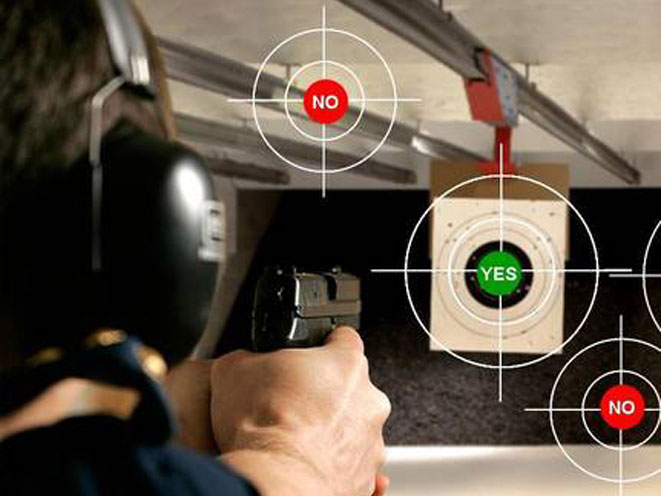 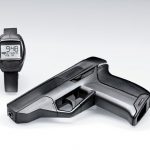 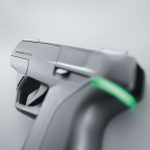 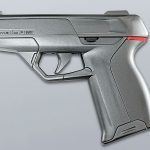 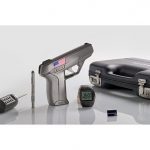 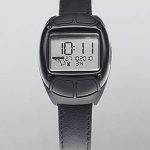 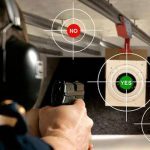 The latest spate of anti-gun hysteria has spawned renewed interest in magic guns that only work in the hands of good people. The trouble is—with one little-known exception—those guns don’t exist.

In December 2012, a maniac murdered his mother then slaughtered 20 young children plus a half-dozen unarmed adults who were powerless to stop him, at the Sandy Hook Elementary School in Newtown, Connecticut. The incident gave our recently reelected president leverage to begin a powerful campaign to severely restrict gun ownership by law-abiding citizens, a plan he was well known to have advocated but conspicuously stepped away from during his first term of office. The result was a carefully coordinated blitz of draconian gun-banning legislation at the national, state and even community level.

One of the points raised by those who wanted to ban guns was that society should look to “smart guns,” firearms that would only fire in the hands of good people and never in the hands of bad ones. The smart-gun issue has been around for a long time and, for the most part, has been bogus from the beginning.

In American industry and business, the term “vaporware” has long been common parlance. It means that someone is trying to sell you something that does not exist. Scientists and realists know that there is no such thing as magic, and right now magic is about what it would take to convince them otherwise.

Item: A major manufacturer invests big bucks in smart-gun technology and calls a press conference to show the world that it has changed the paradigm. Problem: When the gun-company executive in the role of the good guy goes to shoot the gun, it doesn’t work. His and his company’s response boils down to something like, “Um, ah, well, it worked in rehearsal.” The moment remains an iconic memory in the firearms industry.

Item: It is suggested by the anti-gunners that devices could be created that would enable only the person wearing the enabling device to reliably fire the weapon. It is pointed out that (A) while it’s a nice theory, as is traveling to distant galaxies, the technology does not yet exist; (B) the magic waves that allow the gun to operate for the good guys can be blocked by the bad guys, with the same technology techno-geeks now use to defeat police radar at speed traps; and (C) if good guy #2 has to pick up good guy #1’s dropped gun to save his life, the gun won’t work. Those who propose the nonexistent technology sniff imperiously and call those who oppose them obstructionists.

Item: It is proposed that biometric fingerprint-recognition technology could be used to make guns that would only fire for “imprinted owners.” Problems arise: (A) If viscous blood is on the hand of the already injured owner, it can fill the grooves between the ridges of the fingerprints, and the fingerprint will become unreadable. (B) Dirt on the hands can likewise obscure fingerprints to the automatic reader. You have pushed yourself up from the mud after the attacker with the baseball bat knocked you down at the opening of his assault. Your fingerprints are now unreadable to the only thing that can save your life. (C) The current state of the art of biometrics is that some people, for whatever reasons, simply are not compatible with the concept. Hospitals using biometric access to control drugs can tell you that some of their doctors and nurses simply cannot open the biometrically controlled cabinets. In one test of a biometric fingerprint-recognition gun safe, by a couple who were both state and regional champion-level shooters, it was discovered that while the safe would usually recognize the male’s hand if conditions were perfect, it would as often as not fail to recognize the female’s “registered,” authorized hand. (D) From Alaska to Florida, in the chilliest winter months, people sometimes wear gloves. When they are unexpectedly attacked with lethal force and must instantly defend themselves, they won’t have time to take off the gloves they are wearing, which of course will block their fingerprints.

More than a decade ago, Steve Friess wrote an article titled, “NRA: Smart Guns Are Plain Stupid.” He quoted Robert Stutler, a highly qualified gun expert who was then the general manager of Ruger: “Nothing has been devised yet that is fully reliable. They’re really just concepts now.” Friess noted that “personalized weapon recognition systems” were being studied by Smith & Wesson, FN Manufacturing and Taurus International. More than a decade later, none of that work has come to fruition. 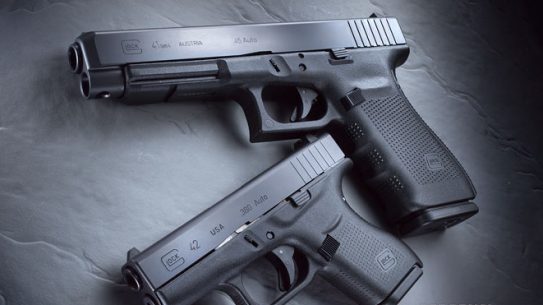 Taking the world by storm again with the ultra-reliable G41 Gen4 and G42! 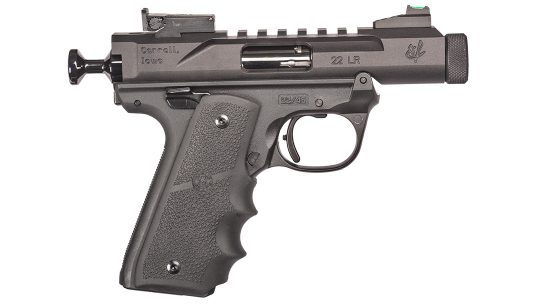 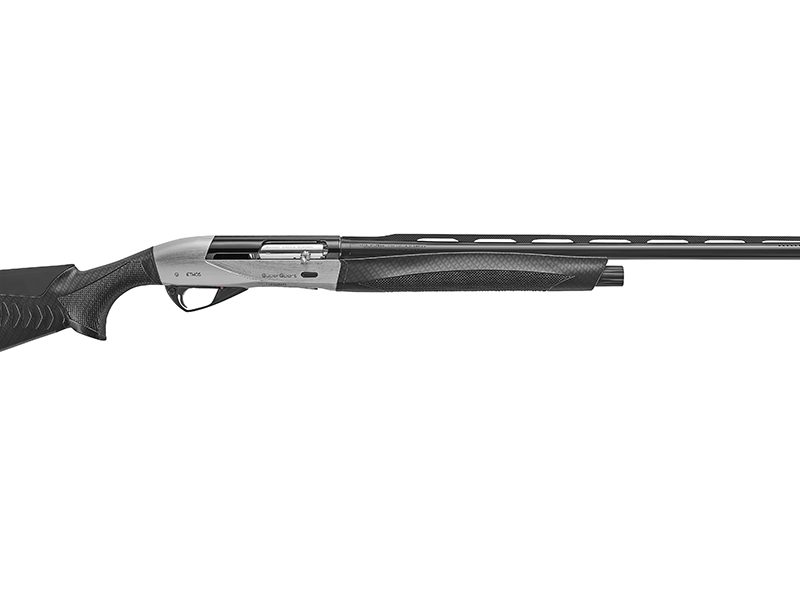